Ready to get your IDP fix!? Let @ejh1528IDP help you get to know Tulsa EDGE/LB rusher, Zaven Collins. 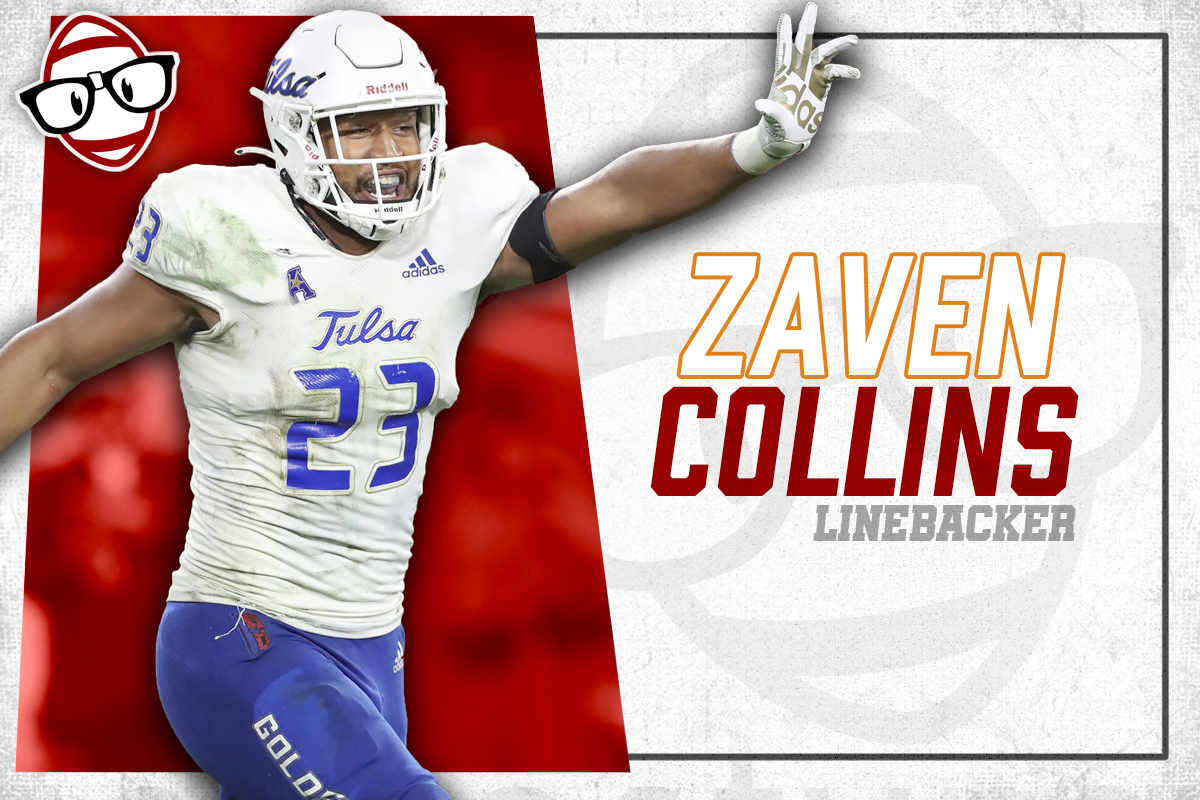 High School: The versatile EDGE/linebacker was a four-year starter on both offense and defense, where he played quarterback, linebacker and safety. During his high school career, Zaven Collins accumulated 4,084 rushing yards with 54 touchdowns plus another 32 touchdowns and 3,056 passing yards while playing on the offensive side of the ball. During the last two years of his high school career, he finished with 160 tackles and seven interceptions

College: Collins redshirted his freshman year. In his redshirt freshman year, Collins made a significant impact for the Golden Hurricanes. He played in all 12 games and started 10 of them. Collins racked up 85 tackles, 9.5 tackles for a loss, two sacks and five pass deflections. For his effort, Collins was named to the USA Today Freshman All-American team.

If his redshirt freshman year impressed you, then his sophomore season will make your jaw drop. Collins earned a spot on the second-team All-Conference team. Collins dropped 97 tackles, eight tackles for a loss, two sacks and two pass deflections.

Zaven Collins is a freak of nature. He sports a big and athletic frame but Collins moves very smoothly for a player with his frame. His speed and athleticism give Collins outstanding range as a tackler and the ability to drop in coverage with success.

Here Collins shows his football IQ and read the play to perfection and makes the big play for the safety.

Zaven Collins is going to skyrocket up draft boards during this pre-draft process! 📈 pic.twitter.com/5MIngqHkqZ

Zaven Collins projects best as a MLB, but he has the athleticism to be moved all over the defense.

Check out the bend off the edge here! pic.twitter.com/yR0QtGOvXa

Collins’ ability to play in space, in coverage and rush from any point on the field makes him a deadly weapon to be that versatile three-down linebacker teams are looking for.

When it comes to looking for a weakness in Collins’ game, it’s hard to find one. If I had to nitpick, he could work on his block shedding. Collins can sometimes get bottled up when getting double-teamed and can lose the play. While his athleticism is off the charts, he needs to work on his pass-rushing abilities and be more unpredictable with his moves. In open space, you can be quick off the EDGE and make those moves, but you need to use those moves to get to the ball carrier when in tight corners.

Zaven Collins is a guy that can play anywhere on the defense and do anything, whether it’s rushing the quarterback or dropping into coverage. He will be able to fit in any system. Collins could be a late day one or early day two selection and be one of the most productive IDP players in his first year on the field. Fantasy wise, Collins will produce in any scoring system and be a steal in fantasy drafts.

Thanks for reading and I hope you enjoyed the article. You can find me on Twitter @ejh1528IDP. Feel free to shoot me any IDP (NFL or Devy) questions you may have. You can check out the IDP Devy Podcast, which I co-host under the @DevyIDPGrind podcast. You can also see my NFL Draft Content here and my previous Dynasty Nerds articles here. Are you a #NerdHerd member yet? For just $2.99/month, you get access to rankings, extra podcasts, the buy/sell tool, and more on the way.