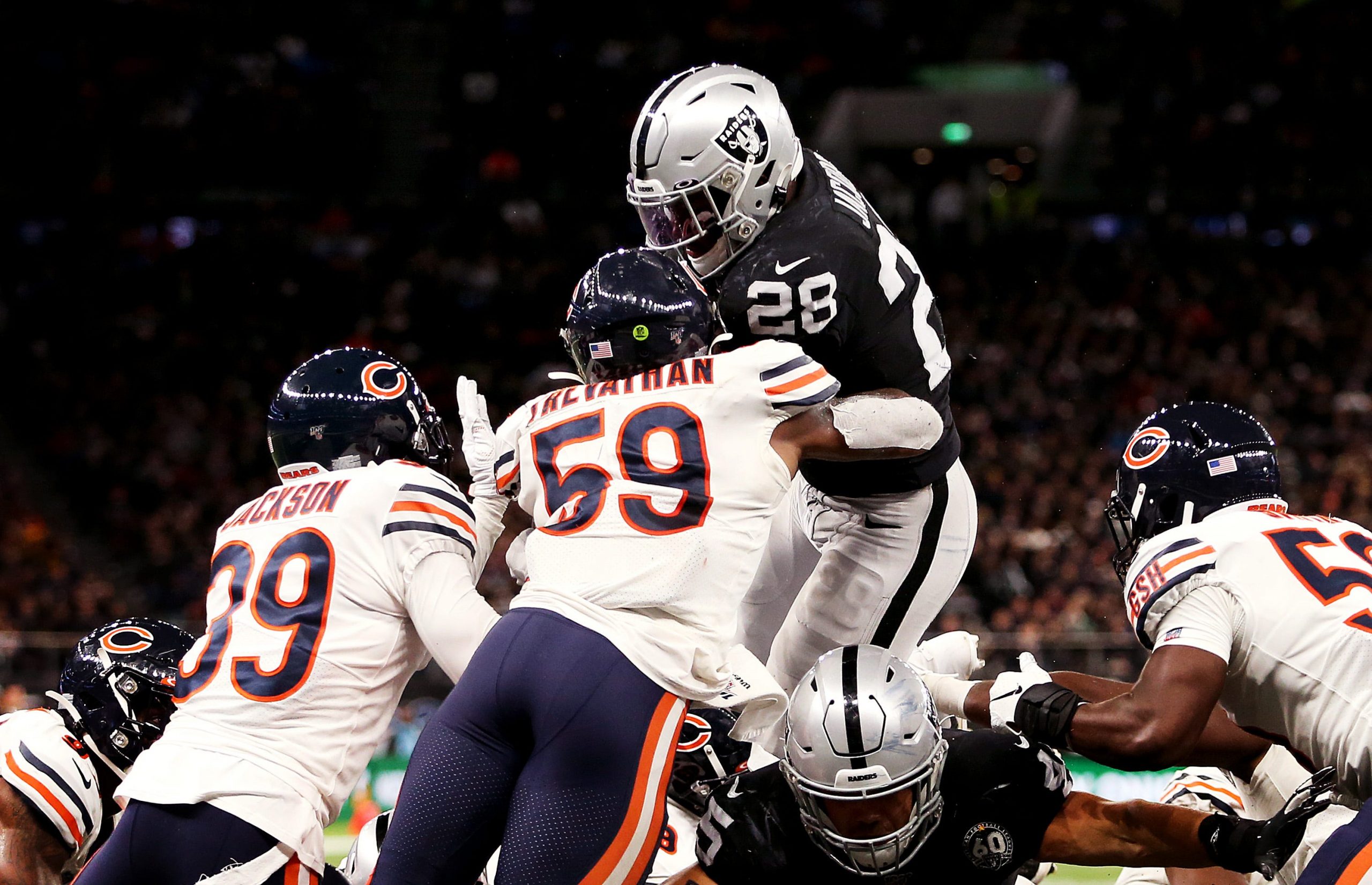 This article is the third part of a series. If you haven’t read the first two and want to learn a crap ton about spreadsheets and calculating VORP, here are the links to those articles IDP Value in an Offensive World, IDP Value in an Offensive World, Pt. 2. Not interested in creating value calcs on spreadsheets? Then this is a great place to start reading. You will not need any of the info from the first two articles to get value from this article. However, you will not have a complete picture of how to look at IDP players and compare their worth to offensive players. So, I encourage you to give the first two articles a look. In this article, we will study the results of NFL drafts and find the patterns of fantasy players who have a top 24 fantasy finish.

One more preface.  I am using Dynasty Nerds’ own Jordan Rains’  @50shadesofdrunk IDP 123 scoring system.  If you haven’t checked out that scoring system, then here is a link IDP123 to the article that explains it.

One of the hardest parts of drafting dynasty rookies, at least for me, is understanding where to value IDP rookies compared to offensive rookies.  Is a first-round LB worth more/less/the same as a second-round WR?  Should I look at this second-round defensive linemen as my third pick or stick with the Chicago TE?  These questions have led me to research the last 8 NFL drafts and determine the “hit rate” on all of the players drafted. How many top 24 fantasy finishes come from each NFL Draft round?

My fantasy football hero Matt Waldman writes the Rookie Scouting Portfolio every year, and I am a subscriber. For those of you who have read it, be impressed with my dedication, I read every word! It is a very comprehensive look at almost every offensive player drafted each year. I bring it up because the RSP points to an article written by Ryan Riddle,  The Hidden Advantage of Being a High NFL Draft Pick.

This article was written in 2015 and is a great read. The insight I gained from this article led me to focus my dynasty rankings on draft value. As you will see later, it is a significant predictor for which players will have a top 24 finish. I will spend the rest of my life attempting to judge players based on film study. Still, as a fantasy football player, I want hard data to point me in the right direction to maximize the chances that each of my picks will be worth something to my team.

Fantasy Finish by Draft Round

I pulled data on drafts since 2012 and determined each player’s fantasy finishes for their careers.  With IDP players, I separated defensive ends  from defensive tackles and safeties from cornerbacks.  I wanted to learn which fantasy position offered the highest chances of being a weekly starter.  I defined a weekly starter as a player with a top 24 finish at their position except for QB and TE, which I squeezed down to the top 12.

As you can see from the above chart, twelve running backs were drafted in the past eight seasons.  Ten of them had top 24 finish!  That’s an 83% hit rate!  Another great piece of data to see here is that seven of those RB’s had multiple top 24 seasons. Eight were at least an RB2 in their first season.  I don’t think that it’s hard to believe that NFL teams will use a 1st rounder when they invest it in a running back, and we all know that opportunity is critical.

The last column you see in the above chart illustrates how important the first two seasons are for a player.  Of the seven players that had multiple top 24 finishes, all of them saw a top 24 in at least one of their 1st two seasons.  That is golden knowledge for all of us to take advantage of in the future.  This insight will also significantly affect my rankings going forward.  If an RB doesn’t see a top 24 in their first two seasons, I will be shopping them to another owner.

To put the theory to practice, let’s look at the first-round running backs. Imagine that we prioritized them as our first-rounders, no matter what. Yes, that’s right. We did not draft the WR’s; we blindly drafted the first round RBs with our first pick. Here are the players that we would have owned.

Knowing what I know now, I would have made my keep/drop/trade decisions based on the information provided in the highlighted cells.  Green means I would have probably kept them their whole career or at least to their second contract before trading them.  Orange cells are players I would attempt to trade for anything (including a sandwich) or just drop them to waivers.  What do you think of those results?  I would have held onto Doug Martin and Trent Richardson to my detriment, but can you argue the strategy with any of the other players?  How many of these players would you have traded your whole draft to move up to ensure you got one?

The next highest hit rate is the first-round rookie cornerbacks and defensive backs.  This chart does not include rookie safeties.  Many of us in the IDP world know that offensive coordinators target rookie corners until they can handle professional WR’s.  But we are also trained to ignore corners in our drafts and just wait until we can pick them up on the waivers.  However, when I see the data below, I wonder if this is more of a “common knowledge” bias that needs further exploration.  And if you have read my past articles, then you know I can’t stand common knowledge.

64% of the corners drafted in round one saw Top 24 finishes in their careers. The problem is, only 10 of them saw multiple top 24’s. However, it is essential to note that the first-round cornerback is the second-highest hit rate of all the data I pulled! I was shocked to find predictability at this position. Look at the last column again. We notice that 100% of the corners that saw multiple top 24 seasons saw a top 24 in at least one of their first two seasons.

Don’t hear what I’m not saying

Now before you go drafting every first-round rookie corners in your league and ignoring the other positions, it is also important to note that only four of the corners sampled saw more than two years of top 24 output. And of those four, only two could string three seasons together. That is the opposite of predictability.

Most leagues that I have experienced are punting the CB position and only require two defensive backs (safety or corner) in a starting lineup. The maxim of “don’t draft corners” might make sense in those leagues. But maybe the strategy should shift a little. 36% of the 1st round Corners did produce a top 24 season in their first year. The cornerback position boasts the third-best hit rate of IDP positions. They also have the fourth-best out of all fantasy positions. See RB hit rate above. With that in mind, I would be willing to spend a draft pick on a rookie corner. If he hits, then maybe I could find an opportunity to move him the next season for a draft pick or part of a trade package to gain some value.

I happen to be in leagues that require the cornerback, including a 32 teamer that requires three corners to start! So I am paying attention to this data. I will draft corners in those leagues, and if I see them hit, hold them on my team until I see two seasons of Top 24 production. After that, I will sell them for whatever I can get or drop them for the next rookie crop.

Here are the names of CB’s that I would have targeted in the 3rd and 4th rounds:

I think this chart emphasizes the real value of those first-round RB’s. But there is useful information to absorb. If I could have used a third or later on some of these guys and then sold/dropped them after the first two years of NFL experience (regardless of being top 24 players), I think I would have been pleased with the outcome. The only player I would probably have regretted moving after the second season is Tre’ Davious White.

I also like that a few of these players may have been labeled DB/CB during their rookie seasons. Still, players like Terrell Edmunds and Kenny Vaccaro got relabeled as safeties, and their trade value received an instantaneous bump due to position change. I would still be holding on to Terrell Edmunds as an S2 in most of my leagues.

So, draft first-round rookie running backs! Draft them! Stop thinking about it! DRAFT them! They have to be the best player on the board, and that was certainly true for me this year. I agree with Matt Waldman, and say that CeeDee Lamb is the most talented offensive player on the board. But the data clearly shows that first-roundound RB’s get the most opportunity to earn fantasy points. And you can’t have a top 24 finish without fantasy points.

Secondly, consider drafting rookie corners, at least with your late-round fliers, especially in cornerback required leagues. They have a pretty high hit rate compared to other rookie positions and have potential value for your dynasty teams if you take advantage of their success and move them after the first two seasons with a trade for a pick or as part of a trade package.

Thank you for reading!

These were the two significant outliers in the data that I studied. I wanted them to get their due, so I dedicated this article to just them. In the next section, I will accelerate the data and cover more positions that have hit rates similar to each other. Please leave your feedback below! I will always try to respond to you.

You can find me on Twitter @DynastyNuke. Also, follow @50shadesofdrunk and @MattWaldman for fantastic fantasy advice! They are two of my favorites!

Metrics That Matter: Tight Ends
Age Ain’t Nothing but a Number