Saints Cap Hell: Impact on Kamara and Other Weapons

The Saints are projected to be way over the cap. @TheHumanFundFF walks you through some of the options. 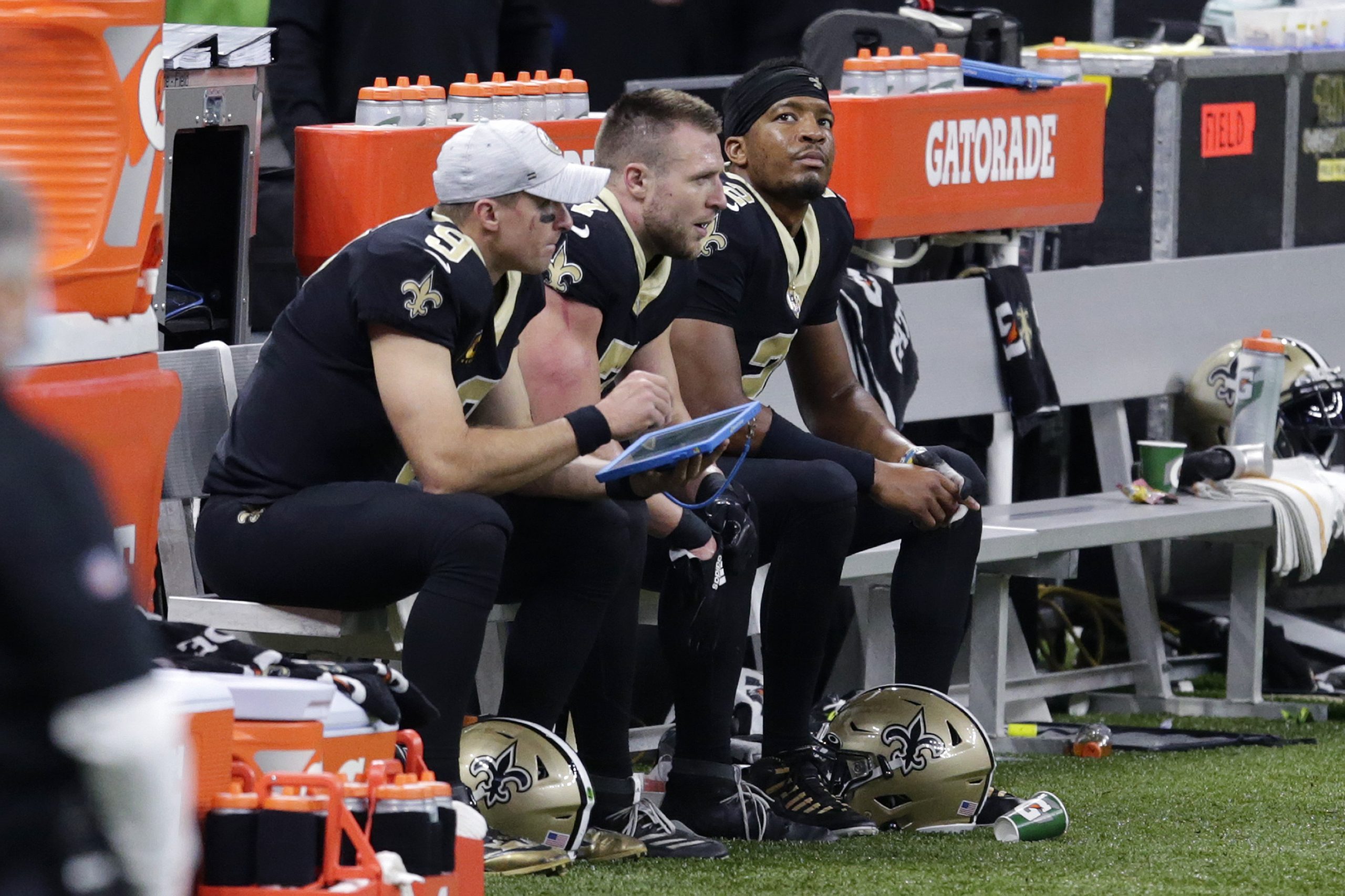 According to Spotrac, the New Orleans Saints 2021 salary-cap figure currently sits at more than $105M beyond the $175M projected 2021 salary cap. This is nothing new for the Saints, of course. They are continually trying to dig themselves out of cap trouble. The good news is they arguably the best team in the league when it comes to manipulating the salary cap. Hopefully, for the sake of Alvin Kamara, Michael Thomas, and others, the Saints can find a big enough shovel to get under the salary cap without significantly impacting the offense.

Drew Brees’ impending retirement creates some questions for the Saints fantasy-relevant skill players. Taysom Hill and Trevor Siemian are currently the only QBs under contract in 2021. Likely they will either re-sign Jameis Winston or bring in another experienced QB at a near veteran’s minimum salary on an incentive-laden deal to push Hill. It is hard to envision Sean Payton not giving Hill the reigns to begin the season, though.

Hill started four games in 2020 while Brees was sidelined, and the team went 3-1. Like most running QBs, if the first or second read is not there, they instinctively look to run. We saw this play out as Hill averaged 10/52/1 on the ground during his four starts, based on Pro Football Reference data. You won’t expect Hill to rush for 16 TDs on the season, but he should provide a solid floor each week if you need to rely on Hill as your QB.

The biggest impact to a skill position player may be Alvin Kamara. Kamara’s rushing TD upside will be capped given Hill’s ability to run. Also, Kamara’s targets significantly decreased without the check down master, Drew Brees, under center. During Hill’s first three starts, Kamara had a receiving line of 3/7/0 on just six targets, all wins.

Latavius Murray may become a cap casualty as the Saints could create $2.5M in cap savings by cutting him, per Spotrac. It will be interesting to see who the Saints bring in to try to pair with Kamara. From a fantasy football perspective, it may be worth taking a flyer on Murray’s replacement given the success we have seen from Murray and Mark Ingram before him.

BREAKING NEWS: Michael Thomas is an absolute beast! Thomas caught 30 of 37 targets for 343 yards, per Pro Football Reference, during Hill’s four starts. The one thing Thomas was unable to do during that four-game stretch was find the endzone. His touchdown totals may not explode, but I expect him to be a WR1 regardless of who is throwing him the football.

Emmanuel Sanders appears likely to be a cap casualty. The Saints would create $6.5M in cap savings by cutting Sanders, per Spotrac. With Sanders removed from the equation, the Saints would look to Tre’Quan Smith to take another step forward, or perhaps they take a WR from this year’s draft in the 1st or 2nd round that could contribute right away.

Adam Trautman is the Saints third round pick from the 2020 draft. The Saints will hope he is able to take a huge leap forward in 2021 because they don’t have the ability to re-sign Jared Cook or the cap space to spend in free agency.

Even with the New Orleans Saints cap issues, the top fantasy-relevant pieces will be just fine. I look for Alvin Kamara and Michael Thomas to still be in the top 5-10 fantasy players at their respective positions. Their issue will be Taysom Hill capping their ceilings on touchdowns.

The Saints will likely lose a few ancillary pieces in Latavius Murray, Emmanuel Sanders, and Jared Cook, but that appears to be more of a problem for the NFL team than your fantasy team.

Get ready for your rookie draft with the best tool in the business, The DynastyGM. League sync with MFL, Sleeper, and Fleaflicker. Trade calculator, league analyzer, player shares and more being added all the time. Get a three day free trial here.