Salary Cap League: Give Me Dak over Mahomes

Finding value is a key to winning salary cap leagues. @TheHumanFund takes a look at why you should take Dak over Mahomes. 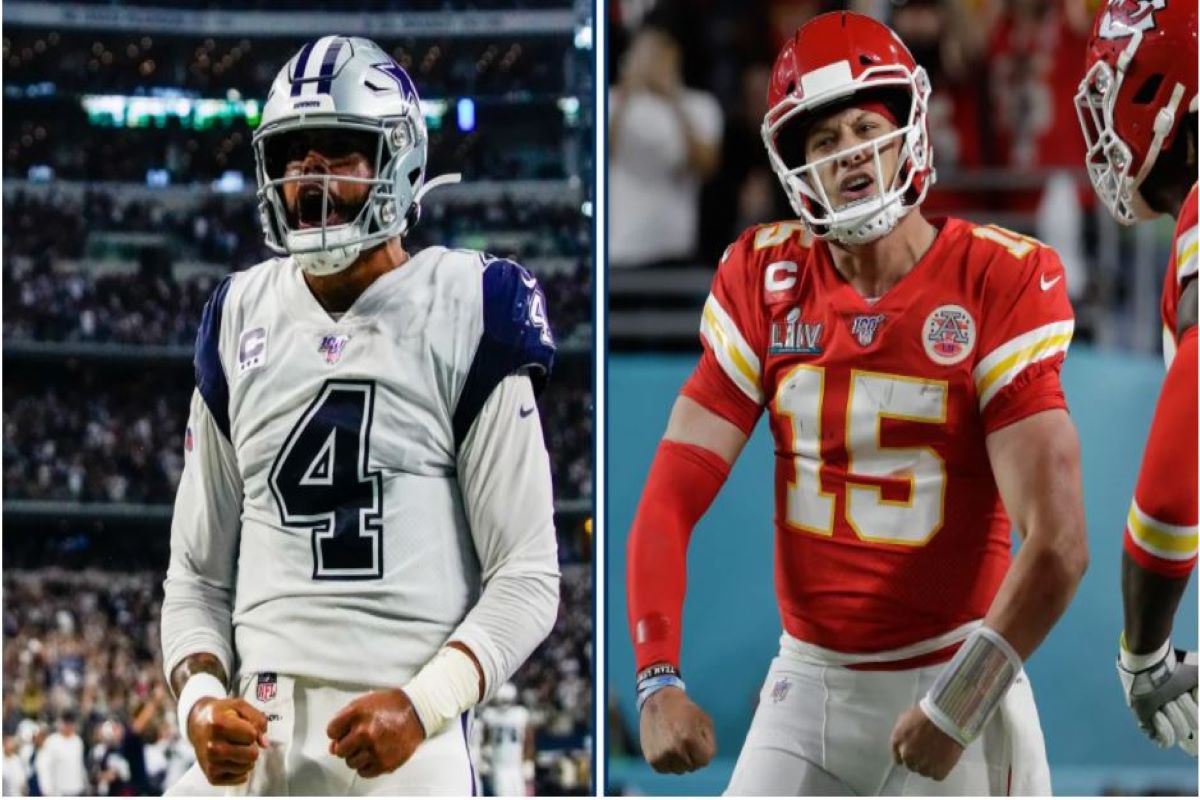 When comparing NFL resumes, it would seem preposterous to even have a conversation. Give me Patrick Mahomes to start an NFL franchise ten out of ten times.

But, I am not a billionaire who owns an NFL franchise or even playing in Franchise Mode on Madden NFL 21. I am assembling the best fantasy football team that I can under the constraints of a salary cap.

In every salary cap league that I have seen, Prescott provides a better value to my team than Mahomes.

Patrick Mahomes has three seasons as a starting QB in the NFL. He exploded on the scene in 2018 with a season-long performance that many fantasy players aren’t likely to forget.

He finished with 542.1 fantasy points in the 2018 season with 5,097 yards, 52 total TDs, and 12 INTs, stats courtesy of Pro Football Reference. If you were able to snag him in a draft before the 2018 season at around 3-5% of the salary cap… congratulations! I hope you enjoyed your championship.

Predictably, the success from the 2018 season has caused his acquisition cost in startup drafts to rise from 3-5% to 15-18% or more. Some owners are comfortable spending that kind of budget on him because he can go out and win you a week by himself. He can carry you to a championship.

After his 2019 season, he was viewed as a tier two QB alongside Deshaun Watson, Russel Wilson, and Kyler Murray. He could be had for 4-6% of the salary cap.

He started 2020 on fire and was on pace for 6,599 passing yards. While I may be an eternal optimist, I think it is safe to say that he was not breaking Peyton Manning’s single-season passing yards record by more than 1,100 yards.

In the chart below, the 2019 seasons were nearly identical from a point per game perspective, and the projected difference in 2020 was only 2.20 points per game in favor of Mahomes. The difference comes when comparing the points scored per dollar invested. You would have been rewarded with a 3.45x return on Prescott compared to Mahomes in 2019 and a projected 2.99x return in 2020, if not for his injury.

If you want to build a team that can be flexible and adapts to the draft or dynasty offseason, then don’t spend big at QB. Getting a tier two QB will result in nearly the same amount of points per game. It also allows you much more roster construction flexibility and more leniency when it comes to your mid-round picks and later-round fliers.

I’ll take Prescott at five percent of the budget over Mahomes and his cost of 15 percent. This strategy allows me to use the ten percent I am not spending on a QB on a Travis Kelce, George Kittle, or Darren Waller. This is how to dominate in salary cap leagues!