Saquon Barkley is the TD King

Dan Toomey uses math to study how Saquon Barkley will produce in a Jason Garret led offense for the 2021 season! 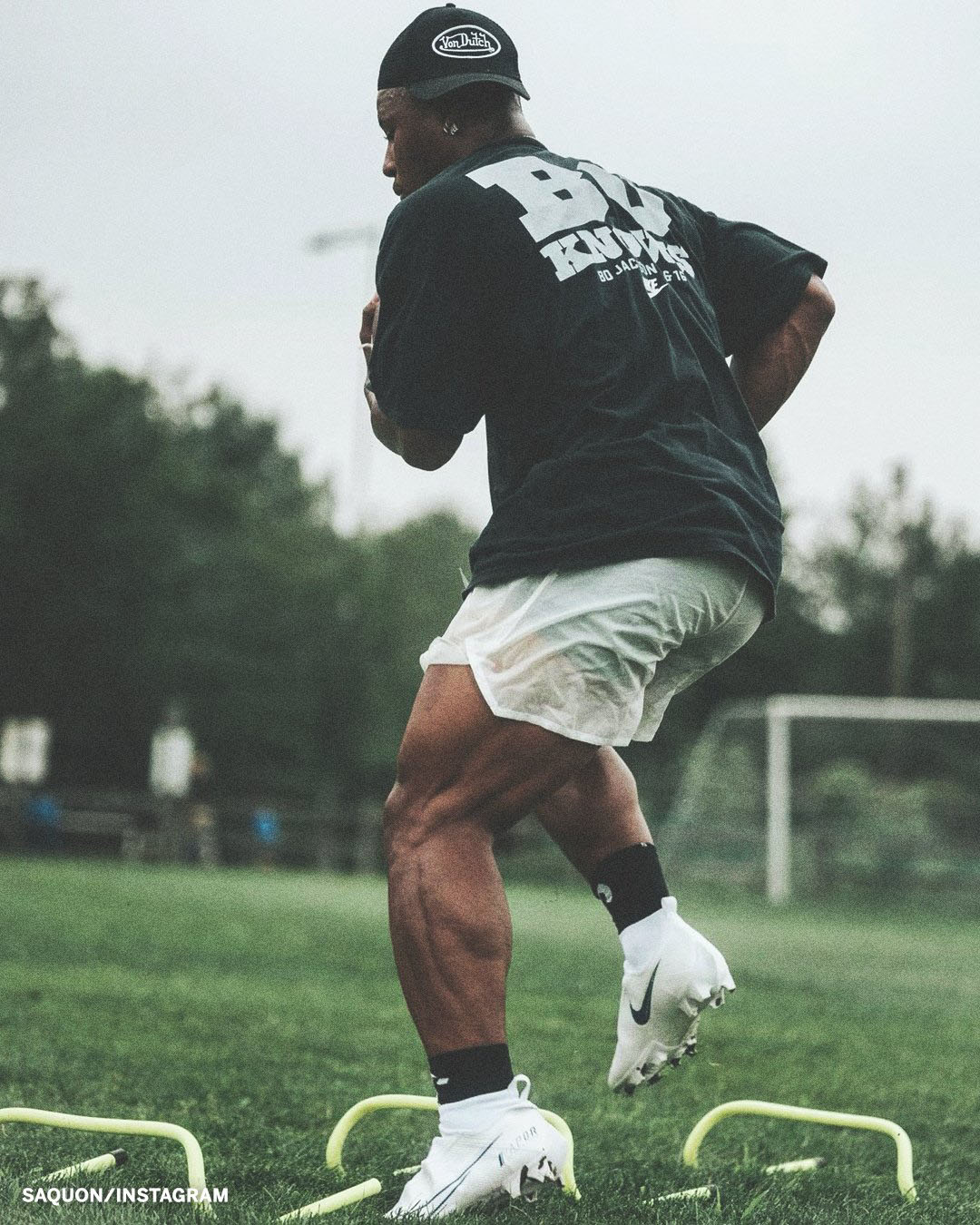 For better or worse, Jason Garrett was brought in to run the offense for the New York Giants under Joe Judge. What does this mean for Saquon Barkley? Unfortunately, the 2020 season was cut short after barely more than one game. Saquon’s season ended due to a torn ACL. Assuming he returns healthy and doesn’t lose any quickness, here is why Saquon has the ability to lead the league in touchdowns this year and be a fantasy football league winner.

To determine the usage for Saquon in a Garrett-led offense, we need to look for a similar scenario in his coaching history. Luckily for us, Garrett used to coach an all-pro running back in Dallas by the name of Ezekiel Elliot. Garrett coached Elliot from 2016 to 2019, and he is similar to Saquon in almost every way; draft capital, college production, and even size-speed score. One could assume that given Zeek 2.0 in New York, Garrett should do things the same way.

The table above outlines the usage of running backs in the Cowboys offense versus league average from 2016 to 2019. Two critical areas of the field were studied: the traditional Red-Zone, inside the 20, and the less talked about, but more critical Ten-Zone, inside the 10-yard line. One can safely assume that carries inside the Ten-Zone are more valuable than those in the Red-Zone. Either area you look at, Garrett is rushing the ball at twice the league average rate.

What does it mean?

To connect the dots, we must look at how a Garrett offense operated inside the Redzone with the 2020 Giants. Please note that Saquon was hurt in Week Two, so we did not see this offense with their bell cow running back. Instead, it was a combination of Wayne Gallman, Alfred Morris, and Devonta Freeman. Garrett decided to run the ball 49 times out of 114 Redzone plays this past year despite subpar talent. That 42%, while not relatively as high as his career average, is still well above the league average. Inside the Ten-Zone, we see that number climb to 49%. Numbers don’t lie, and the trends continue for Garrett when it comes to his play-calling inside of the 20.

To assess the situation for 2021, we must look at the changes to the Giants offense and how they might affect the efficiency of the run game. The Giants released guard Kevin Zeitler along the offensive line and have not done much to replace him. Zeitler had a down season in 2020, but he has a career of above-average play, and one can argue that offensive linemen are very dependent on those around them. Assuming a step forward in the development of 2020 draft picks Andrew Thomas (1st round), Matt Peart (3rd round), and Shane Lemieux (5th round) in their second year, this line has the potential to be better than its 23rd ranked run-blocking grade according to PFF.com.

The other part of the formula for success in 2021 for Saquon is touch competition. The Giants running back room outside of Saquon consists of Devontae Booker, Corey Clement, and Gary Brightwell. Gallman left after the season and is now on the San Francisco 49ers. Assuming a perfectly healthy Saquon in 2021, I don’t see any of these backs stealing Red-Zone or Ten-Zone touches. The only player who poses a threat to Saquon’s high-value touches is quarterback Daniel Jones. One problem Jones has dealt with in his past two seasons is ball security. Don’t be surprised to see his carries decrease to limit the turnovers.

Based on Garrett’s career of calling plays in the Red-Zone and a step forward for this New York Giants’ offense, Saquon will have a 2018 Todd Gurley-type season. He will amass a league-leading 18 touchdowns and finish as not only an RB1 but THE RB1 overall in the 2021 fantasy football season. Barkley is a player that is currently going outside the top three picks in redraft, and that may be a mistake people will regret by the time Week 17 rolls around. If you can find any window to buy in your dynasty leagues, you must take it. Acquiring Barkley is a league-winning move you can make for your team at less than 100% of its actual price.

I hope you enjoyed this dive into red-zone usage, coaching history, and how math can help us in fantasy football. For more content like this, be sure to give me a follow on Twitter @DanT_NFL. DMs are always open for any questions, comments, or craft beer recommendations!