Scooter Gang Assemble: Scotty Miller is on the rise

Is Scotty Miller the Buccaneers secret weapon in a quest to repeat as Super Bowl Champion. @OMalTheAlleyCat gives you the low down!! 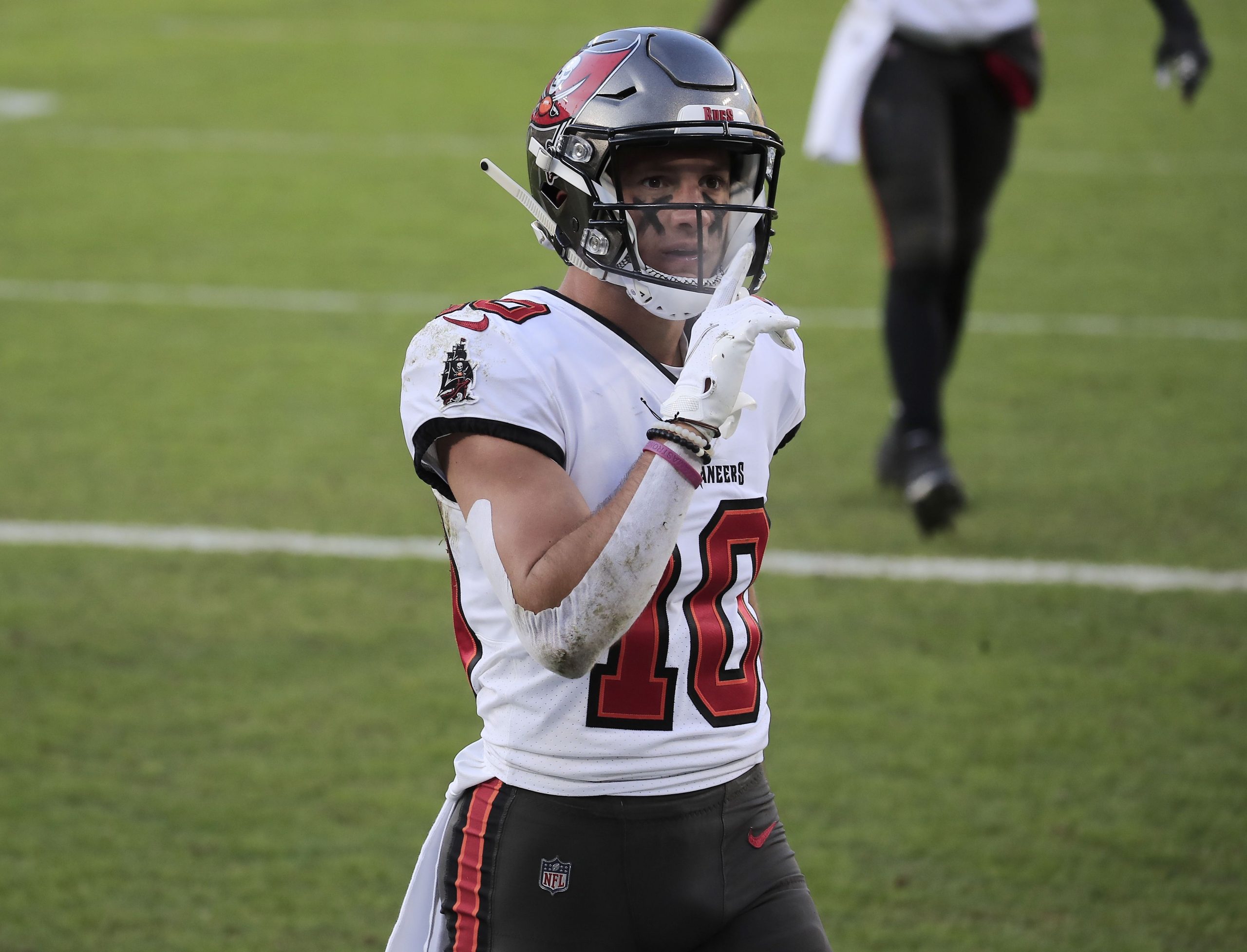 Who is Scotty Miller?

Standing at 5’11’ and 166 lbs, Scotty Miller is not the typical size for an N.F.L. wide receiver. It may be your familiar underdog narrative, but because of this, Scotty was always out to prove the doubters wrong. Miller was a 2-star recruit from Barrington, Illinois. Scotty ranked 252 of all the receivers in his 2015 high school class according to 247sports.com.

The Bowling Green Falcons would be where the speed demon would leave his mark in the college. Miller put up 215/2,867/23 over four seasons. The truth behind those numbers is that Scotty wasn’t involved in the offense in his freshman season, and it may as well be his stats over three seasons. In ten games his freshman season, he would have 7 receptions, 29 yards, and a whopping 0 touchdowns. The coaching staff was big on Gehrig Dieter’s talents, Ronnie Moore, Roger Lewis, and Ryan Burbrink. Respectfully Dieter and Lewis both had their shot in the NFL, but neither would have the notoriety of Scotty. The coaching staff at Bowling Green would figure this out for the better eventually.

Drafted in the sixth round at pick 208 in the 2019 N.F.L. Draft, the Tampa Bay Buccaneers selected Scott Miller. He clocked in with a 4.44 40 meter time, which is in the 83rd percentile. His draft capital, and college production Miller to to Tyler Lockett. Even as a late-round draft pick, Miller would always have a shot because of his field-stretching abilities.

The 2019 Tampa Bay Buccaneers would also welcome the arrival of their new head coach at the time, Bruce Arians. Bruce doesn’t warm up to rookies too well, one might say. Once upon a time, the man chose to start Andre Ellington, and at the end of his playing days, Chris Johnson over a rookie R.B. was an absolute freak named David Johnson. Now there were a few talented receivers, to put it mildly ahead of Scotty this time, unlike his freshman season at Bowling Green. Multiple-time pro-bowler Mike Evans and the inevitable 2019 Breakout of the year, Chris Godwin. No shame in being behind those two rock stars on the depth chart.

Miller suited up in only 10 of 16 games and started only two. Scotty would post 13 receptions on 26 targets for 200 yards, for one touchdown on the season. His role was minimal, to put it simply. It didn’t help that Arians choose to play Justin Watson on the field in the same capacity. In a Jameis Winston “D.G.A.F.” offense, you would think a speed demon like Scotty would have thrived. However, he never really had the opportunities.

Not sure why coaches are still living in the past with a built-in prehistoric rhetoric that we need to see rookies “earn their role.” It’s just silly and ultimately hurts your team’s potential, and team chemistry. Never mind the player’s development, but who am I to judge a soon-to-be Super Bowl-winning coach. Not like he had a Hall of Fame QB in his 40’s who still has it, just waltz in thru free agency, turn the whole franchise from a punchline into a Super Bowl Champ, and save the day…

Then the Buccaneers would make the biggest signing of all time the offseason of 2020 and sign Tom Brady, who just waltzed in thru free agency with plans to save the day. Maybe you’ve heard of him. Brady’s signing would take the inconsistent and turnover-prone offense of Jameis Winston to the almost computer-like and analytical mind of an offensive surgeon built on letting you beat yourselves and not the other way around.

Tom Brady would have to develop chemistry with all these new targets of his, and with the rookie year monkey off his back, Scotty Miller would look to click with his new signal-caller in 2020. Even with the signing of Antonio Brown thru the season and a who’s who of offensive weapons, there would be apparent moments that Scotty Miller would be huge for the Buccaneers. Suiting up in 16 games and starting in 5, Scotty, on 53 targets, would post 33 receptions, 501 yards, for an average of 15.2 yards per play, and 3 touchdowns (stats courtesy of profootballreference.com).

The Tampa Bay Buccaneers would go on to win the Super Bowl, as we all know. TomTom would get a little drunk publicly and toss the Lombardi trophy to his boy Gronk. Who hasn’t been there, am I right? What many of you may not have heard through the Super Bowl shenanigans was the true “That Guy” on the Super Bowl parade. None other than Scooter. Our man dropped his phone in the Tampa Bay harbor. I’m a fan, but the jokes write themselves when a receiver drops anything in life. Still, how do you drop your phone in the water on parade day? No way to start the offseason, Scotty.

Perhaps due to this fumble on parade day, but odds are because of his career stat line, Scotty is best viewed as a low-end bench asset for our dynasty teams at the moment. I believe we can acquire our Scotty Miller shares for a 2022 3rd round pick straight up. Maybe something like Allen Lazard for Scotty Miller and a 2021 4th. These are not team-shifting trades, but with Scotty Miller’s addition, you are locking up an end-of-season insurance flex piece. If Mike Evans or Chris Godwin go down, who other than Gronk will have that connection and trust more than Scotty? I have a hard time believing Tom won’t expand the former Bowling Green Falcon’s involvement in 2021.

Currently, the Tampa Bay Buccaneers have brought the entire band back together except for Antonio Brown. Truthfully it’s hard to imagine any other team in the league signing Antonio if the Bucs let him walk. Brown has Tom Brady’s support you every step of the way. I’m going to safely lean the Bucs bring back the clown show for another season.

Where does this leave our Scooter in the pecking order of the depth chart? As of this article’s date, he is the WR3 with Tyler Johnson lurking in the shadows and the N.F.L. draft around the corner. It might not sound too promising. Take this window of doubt and spin it positively. Scotty is only entering his third season in the league. At age 23, he is only on year three of a four-year rookie deal. He gets to build further chemistry with Tom this offseason and all but assuredly have a better statistical season. Chris Godwin may leave after the 2021 season to create more offensive volume. When his contract runs up, I’m willing to bet some team sees Scotty Miller worthy of a respectable contract for his dynamic abilities and impact on the secondary.

Currently, I believe Scotty is the best-forgotten play-action target in the N.F.L. The run game is solid because of the firepower, and the combination of Tom Brady’s mind makes it almost unfair at times. When the defense gets caught napping, the last guy they are ready for is Lil Scotty 2 Hotty on a play-action fake over the top. Expect more than 3 touchdowns next season is all I’m saying, and that’s a Mike O guarantee!