Scouting a Wide Receiver with Some Experts

With the college football season right around the corner, @DynastWildcat provides you with a guide for scouting a Wide Receiver with advice from some of the best film gurus in the fantasy football community. With these experts’ help, you can study WR’s as you’re watching the games on Saturday! 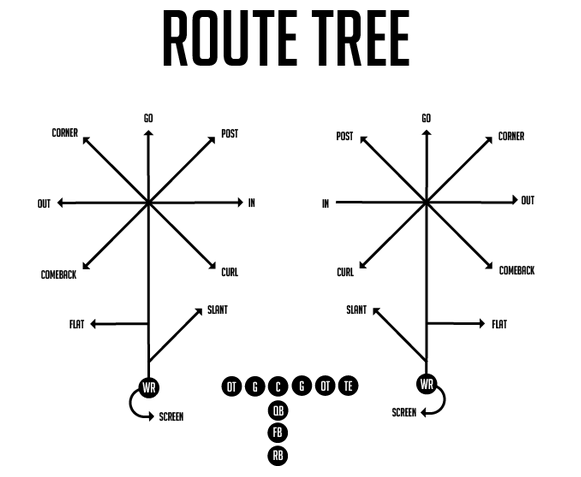 Scouting an offensive skill player coming out of college and entering the NFL Draft is hard. You will screw up, just like many of the General Managers do in the NFL. However, with the knowledge of a position at your fingertips, your misses won’t be very frequent. So, I plan to give you some excellent knowledge from some of the best film gurus in the fantasy football community about scouting the WR position.

In April, I reached out to several in the fantasy community to see what they are looking for when scouting a WR. These experts were deep into hours upon hours of tape, as the draft was just 24 hours away when I spoke with them. So, it’s fair to say that scouting a WR was fresh on their mind.

The experts I reached out to and spoke with are Garret Price, Nick Whalen, and Angelo of Angelo Analysis. Some of their ideas or thoughts are different from each other’s, but that doesn’t mean they are wrong. Instead, it just gives more too watch for when you’re looking at the tape. It’s time to get into the nitty-gritty.

Price was the first one I spoke to about this, and I only asked him one key question: what do you think is most important when scouting a WR? To my surprise, and probably yours, he watches for the ability to create separation. However, he did note that a lot goes into that.

The three traits he highlighted that feed into creating separation was route running, speed, and quickness. He stated that “Just because you have one or two of those things, doesn’t mean you will create separation.” He also watches for physicality at the line and at the catch point. Those are two traits he believes are very underrated.

A Technical Look at Creating Separation and Speed with Nick Whalen

The two questions I asked Whalen were:

In response to the first question, Whalen preached that he’s “looking for WR’s who know how to set up and then attack a defenders technique with route running.” He continued, illustrating how one would do that, “This means attacking the inside or outside of a defender to get them to move in a way that’s counterproductive.” What does that look like? He noted that when this occurs, the defender’s natural reaction is to open their hips. As Whalen said, that’s key for separation purposes.

Again, creating separation shines through. As far as how this affects Whalen’s view on the player, he indicated that this helps determine the players’ potential. “This is the main reason I didn’t like N’Keal Harry,” he says.

The answer to the second question isn’t as complicated as the first. Whalen believes that speed is an overvalued trait when scouting a WR. He emphasizes that “Overall speed is irrelevant if a player doesn’t use it efficiently on the field.” But, what does it mean to use speed efficiently?

Well, Whalen once again dove a little deeper: “For example, running aggressively in crowds or over the middle will yield bigger plays.” So, to use speed efficiently, Whalen likes to see an aggressive mindset and someone who isn’t afraid to run through the middle of the field—having trouble spotting that on film? Whalen made sure to say that spotting this and determining its effectiveness requires a lot of film work. That’s where I plug the Dynasty Nerds YouTube channel, where the Film Nerds go live every Wednesday night and highlight things like that. (Link is below, make sure to go ahead and click subscribe!)

The Line of Scrimmage and Beyond with Angelo

You know Angelo from some of his many twitter threads were he exquisitely breaks down college players heading into the NFL Draft, which is why I wanted to reach out to him and pick his brain a little bit.

When I reached out to Angelo, he was more than willing to help spread his knowledge, so I took him up on that. The two questions I aimed to ask him were:

This time I received a different answer. Yes, Angelo focuses in on some form of creating separation. However, he focuses on how the prospect does that at the line of scrimmage efficiently. That’s not all folks. He also looks to see how they can manipulate route concepts, which, as he says, is, “making route A look like route B.”

While he sees traits that pop off the screen for him, there isn’t anything that immediately turns him off of a prospect. Instead, he looks for why. Like, why did the offensive coordinator use him in that manner? Then, he looks for what their role can or will be at the next level. He did note that being one dimensional is a blessing and curse for him when evaluating a prospect. When asked what player would fit into that mold, he pointed to New York Jets rookie WR Denzel Mims.

If you can only take away one thing from this, take away how vitally important it is to see a WR prospect create separation. Now, that can be done in a multitude of ways as we learned.

Whether it’s through the use of route running and seeking a defender up as Whalen indicated, the use of speed and quickness Price noted, or getting it done efficiently at the line of scrimmage and manipulating route concepts that Angelo illustrated. It’s all vitally important for creating separation as a WR. It’s something that will translate to the next level if a prospect does it a high level.

Speed can be very deceptive. Guys like Cincinnati Bengals WR John Ross and ex-WR Darius Hayward-Bey are prime examples of this. Don’t be tricked into combine results as they are just guys running in shorts. As Whalen said, if the WR doesn’t use his speed effectively on film, it doesn’t matter how fast they are.

Where Can You Find These Guys?

For Price, you can find him on our Dynasty Nerds podcast linked below and on our YouTube Channel with the film nerds (link provided above). Don’t forget to follow him on Twitter (@DynastyPrice). Also, make sure to watch his Faith and Fantasy Football series he does on Twitter. If you’re lucky, you’ll also see some special guests like Andy Holloway of the Fantasy Footballers, who has already appeared once before.

For Whalen, you can find some of his work on Dynasty Nerds. H He is also on the Film Nerds, so, again, make sure to check that out. Whalen also does some standalone projects like The Devy Report and The Graduates as well as Dynasty Startup. For more information on that, make sure to follow him on Twitter (@_NickWhalen).

For Angelo, you can follow him on Twitter (@angelo_fantasy). Where he posts material like threads that break down some of the drafts top rookies, make sure to check out his website, Angelo Analysis (linked below), to get even more in-depth player breakdowns. While you will have to pay for the subscription, it is 100% worth it as he creates awesome content.

Give Ethan a follow on Twitter and his articles can be found at here. Have you tried the new DynastyGM tool? For just $2.99/month you can see how your team stacks against your leaguemates, see who would be a good trade partner, and much more.