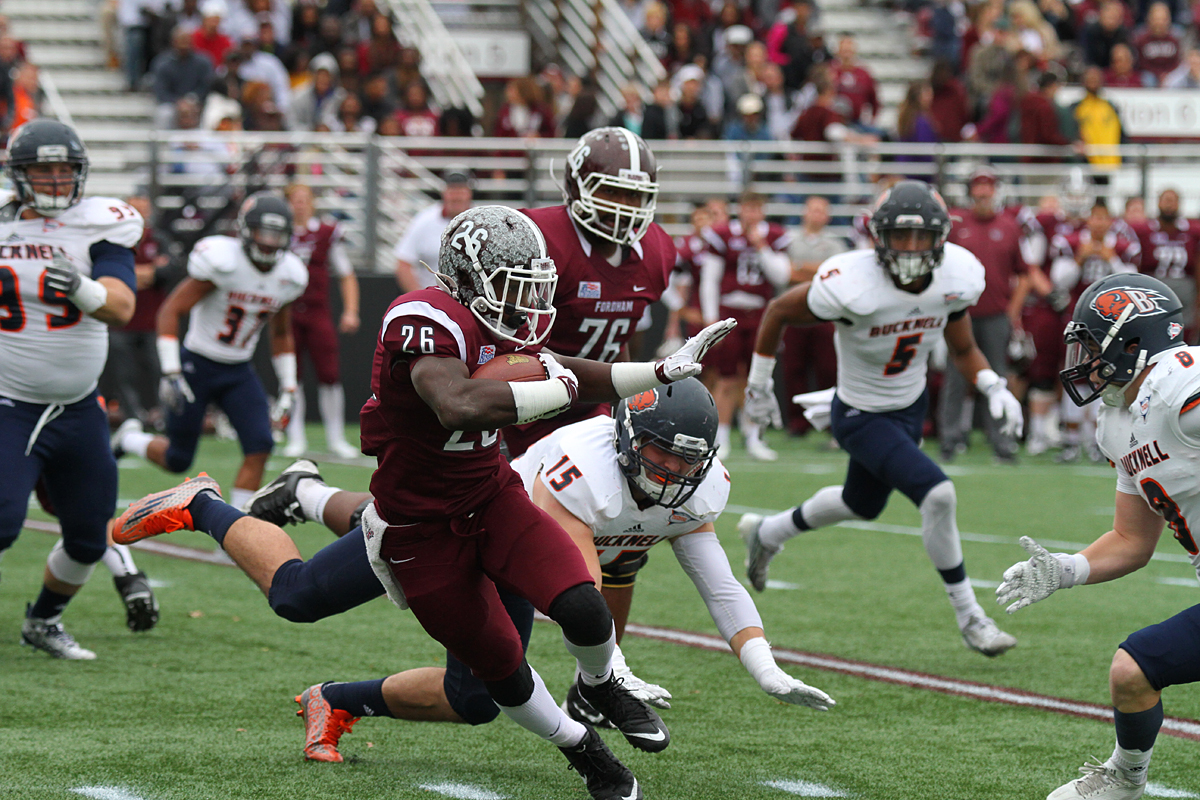 The 2018 running back class is loaded, and it’s not just at the top. From Rashaad Penny  to Kamryn Pettway, to Royce Freeman, even the backs currently projected to go on the second and third day of the draft should compete for immediate playing time.  One player currently projected for rounds 4-7 that I am starting to fall in love with is Chase Edmonds out of Fordham University.

Here are the quick facts on Edmonds:

Edmonds is a smaller back that despite his size shows a penchant for “getting skinny” and finding space between the tackles. But what makes him truly special is the ability to leave defenders grasping at nothing but air.

Number 48 tried. He did not succeed. Exhibit B:

Rest in peace to number 24’s ankles – they fought valiantly.[1]

The bottom line is that Edmonds is an instinctive runner with LeSean McCoy type moves and the ability to do damage in the passing game. Quite simply, he is an all-around back that absolutely has the ability to take on the featured roll for a team.

The combination of his injury-riddled senior season and production at a smaller school will likely cause him to slide in the draft. But do not let that scare you. Aaron Jones, Chris Carson and Eli McGuire all showed promise after being taken on day three last year. Do not let Edmonds get past you in the third round of your dynasty rookie drafts.

Finally, if you needed one reason to watch the East-West Shrine Game (January 20 – NFL Network), let Chase Edmonds be that reason.

[1] Hopefully the gif runs fast enough to see this move. If it does not, check out the 4:00 mark at this link.  https://www.youtube.com/watch?v=5QGciQVafsE

Bulldog vs Bulldog
The Big 3