Is it time to buy Auden Tate? On a bad team? Yes, but snaps, target, and tape could indicate upside. 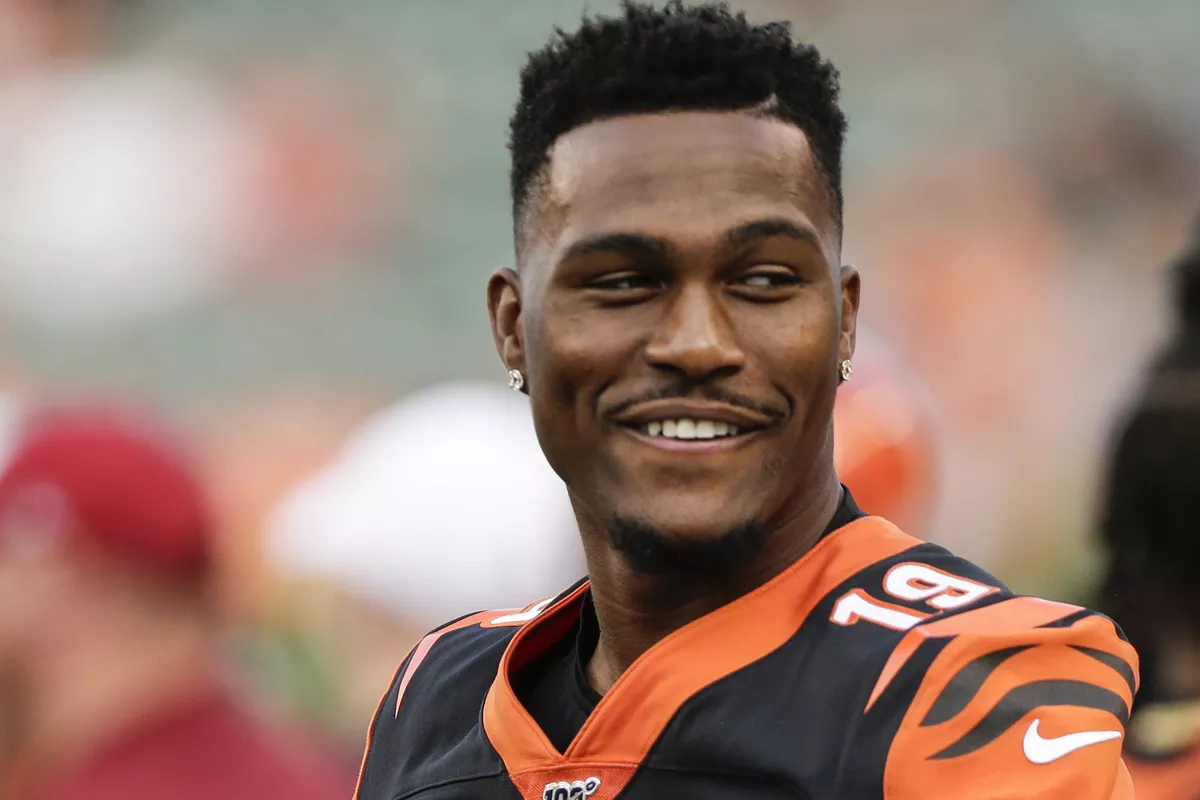 95th percentile in height and weight, very good wingspan, but unremarkable speed and ability to jump. Back when I focused heavily on combine metrics and stats (not that long ago for the record), I might have quickly dismissed Tate’s ability to produce at the next level. Thankfully I have learned to watch tape which reveals some truths that the numbers don’t bring to the surface.

Much like his speed and jump numbers, his college production has been unremarkable. His Junior year had him 205th in receptions and 175th in yards per catch. While this is hardly impressive, Tate does have some qualities to bring to the table.

Ranked second in WR snaps and targets on the team, it seems Tate warrants a little attention. If snap percentage is any indication, he hasn’t logged less than 89% of the snaps since week two. The one thing that has caught my attention is his targets. A look at the table below shows two games with 10+ targets. While he hasn’t converted those at a desirable rate it could just be a matter of time and Dalton adjusting to him.

Tate did not have any agility drills at the combine, but I wonder if we might have been a little surprised. Tate shows good quickness in release against man and press. His get-off allows him to get even with DBs immediately if they opt not to jam. His quickness transitions into good acceleration. Even though his top speed at a 4.68 40-yard dash will burn no one, his acceleration can worry solid CBs which allows him to use his quickness to break sharply early on in his speed band. When closing on CBs in soft press coverage, his quickness comes out again with solid footwork in his stutter and jab steps allowing him to generate some separation. His size allows him to utilize good play strength to separate by leaning in before he breaks with the “chicken wing” on Digs and Outs.

We have to love what we see at the catch point. Strong hands, good catch radius all around his body above the waist, very good body control and sideline awareness topped off with the competitive toughness to work the middle of the field and catch through contact. Those traits were apparent in these two plays versus Baltimore in week 6.

That last play is the competitive nature he plays with consistently. That is a guy you want on your squad: one willing to put his body on the line to make a play.

As we can, he hardly ever waits on the ball to get to him; he tries to go get it. He uses his basketball background to box defenders out leveraging every bit of his 33 ¾“ arm length and 6’4” frame to give Dalton a large area to which he can throw him open. After the catch, he wastes no time with happy feet, penetrates upfield immediately, and utilizes his play strength to fight for more yards.

Auden Tate has some tools available to be a solid overall receiver, but there are always some warts with any player. Starting from the snap, he appears to be heavily affected by the jam. Tate seems to be unprepared to defeat the jam. It’s almost as though he doesn’t expect it because he will use the right technique to deal with the jam, but only after the CB has already been effective in impacting his route. He must develop in his planning the use of hands and be ready to defeat the jams otherwise good physical corners are likely to shut him down if they play heavy press.

His ability to separate when at, or near, top speed leaves something to be desired in the area of separation. The quickness that we see in movement earlier in his speed band doesn’t translate in deeper routes at higher speeds. In deeper Digs/Outs he defaults to the speed cut, which doesn’t consistently afford him the separation he wants. Unfortunately, sub-par leg strength (as is apparent in his combine jump numbers) shows in his brake step where the techniques don’t facilitate sharper cuts. To compound issues affecting his separation, his pad level rises well before the break. We can see both of these issues in the GIF below. Notice how the CB is able to close on him quickly although he makes the catch.

Speaking of leg strength woes, this bleeds over into his ability to elevate. While he doesn’t have to gather to elevate on the run, his total elevation is capped which is a shame considering his length. This could impact his red-zone usage which is probably where he would be most valuable to fantasy teams.

At the catch point, we should be concerned about concentration drops. Although he is a 2nd-year player, this is the most action he has seen since entering the NFL. Twelve targets in 2018 aren’t much at all, and it almost warrants considering 2018 a red-shirt season.

Should We Buy or What?

Target count and snap count indicate the team sees something in him as the WR2 in Cincinnati; the film suggest Tate has the qualities that will make him dangerous in the short/intermediate areas of the field, and he has the catch radius to make Dalton more accurate on the stats sheet while providing a solid red-zone option. For now, he won’t be playable against teams that are prone to jam receivers, but Tate has the skills to take apart off coverage. He should be rostered, and I might buy him for a 2020 3rd right now. There is the possibility that Green comes back which could impact his snaps and target share significantly. If you want him, but the price is too expensive, wait for Green to return then buy even lower than the 3rd.