Series of 3: 3 Veteran buys for Contenders

Targeting veterans in dynasty formats is crucial for fantasy managers who want to compete now and win a championship. These three players are on their way out of their prime, but are proven commodities that will help you secure your fantasy football championship. 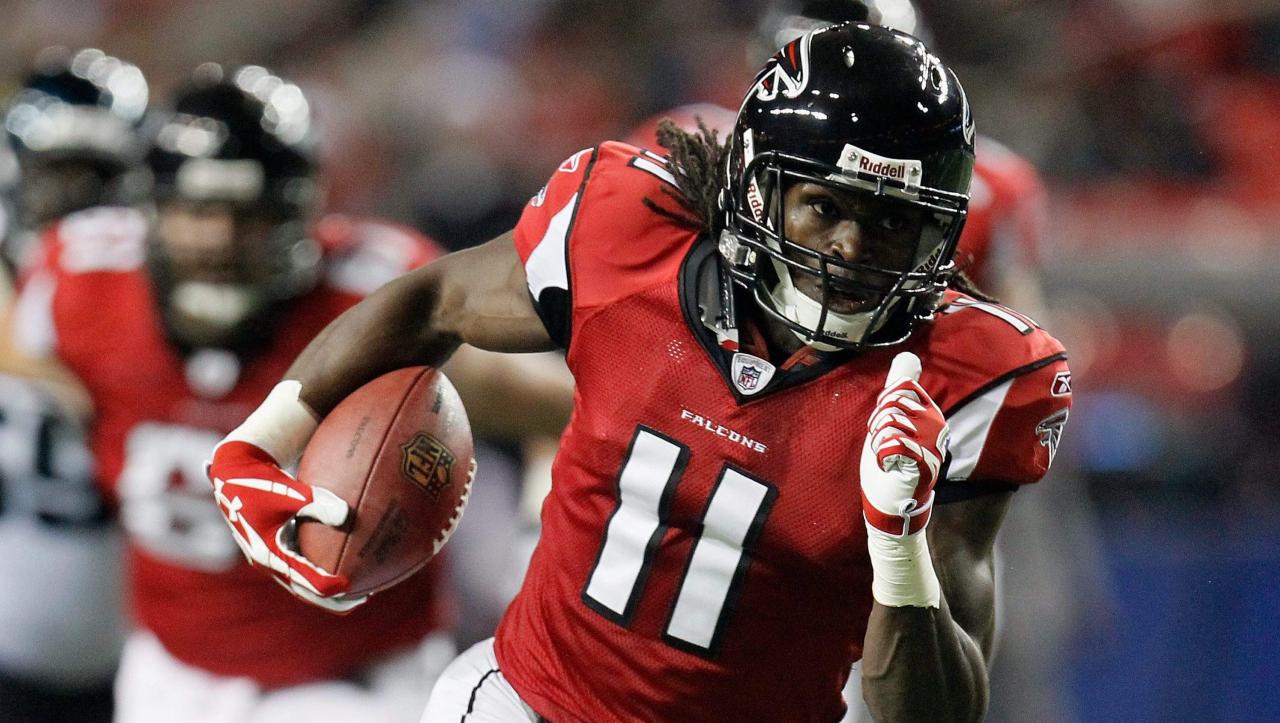 When assessing your team’s need for your dynasty football roster, you need to ask yourself one question: “Is my team a contender, or do I need to rebuild?” It would help if you looked at your football roster in a 3-year window. If your team is a contender, you need to find players to help you win a fantasy football championship now. Older yet proven commodities are the best targets for your fantasy team. Yes, veterans are not as “fun” or “exciting” as these rookies or younger players. But they get the job done and provide week-to-week consistency that is necessary to compete. These are three veterans that you need to acquire to help you get that illustrious fantasy football championship.

Jones is one of the most talented and electrifying wide-outs we have ever seen grace the football field. His speed and athleticism for his size are unheard of. He’s been about as dominant and consistent as anybody has been since entering the league. Jones has been labeled “injury-prone” but has only missed a combined four games from 2014-2019. Although I will say he does carry an injury designation week-to-week, he always seems to play.

This goes to show how absurd Julio is even when he isn’t fully healthy. It also helps that Calvin Ridley broke out last season and will draw attention away from Jones. Julio is now entering his 11th season, and he is 32-years old, but he still has about 2-3 elite seasons left. He is a perfect target for those in win-now mode, and coming off an injury-riddled season, makes him cheaper than ever before.

Allen is one of my favorite “buys” if I’m contending for a championship for a few reasons. He really clicked with Herbert and was by far his favorite target. Although, he let a lot of fantasy managers down in the playoffs this season. In a crucial Week 15 matchup with a Raiders team he dominated back in week nine (nine receptions for 103 yards and one touchdown), he drew a minuscule three targets and caught one pass for 17 yards. Yuck. He ultimately missed Weeks 16 and 17 as well, which provided even more frustration.

All of this provides a window of opportunity to acquire him cheaper than he should be. It’s not like Allen had a completely disappointing season. Allen had a solid fantasy season when you look at the entire picture. He posted another 100 catch season, 993 receiving yards, and eight touchdowns finishing as WR9 from Weeks 1-16.

Allen was actually the 2nd most targeted player on a per-game basis with 10.5 targets per game, second only behind Davante Adams. He was also a big-time red-zone target for Herbert. According to FantasyPros Red Zone stats, Allen was 9th in fantasy points and third-most receiving yards inside the 20-yard line in 2020. With Herbert continuing to grow and Allen being the main target, he is a great buy for contenders.

Elliott is one of the most interesting players to discuss this off-season. By the way people on Twitter talk about him, you’d think he didn’t even finish as an RB2. I’m not going to sit here and say Zeke had a fantastic season, but what he showed with Dak during the first five weeks of the season should get you excited about his potential in 2021.

From Weeks 1-5, Zeke was the RB3 in fantasy only behind Kamara and Cook. He was only 1.6 fantasy points behind Cook during those weeks as well. Then Dak had a season-ending injury, and the offensive line started racking up injuries left and right. Zeke needs some blame too. He didn’t look like the same runner afterward and had fumbling issues to the point where Tony Pollard started taking carries.

Regardless of everything that went wrong during Zeke’s 2020 campaign, he finished another season as an RB1 and flashed major potential with Dak. He might not be at his peak anymore, but he will still be an RB1 for a few more seasons. Fantasy managers will be down on him after his disappointing 2020 season, but that opens up a buying opportunity to snag him for cheap.

The Draft Picks feature is officially LIVE in the #DynastyGM. Choose whether to automatically sync your draft order (Sleeper, MFL & Fleaflicker), set the order manually, or use mid-round pick values across the board (useful for future years you can’t predict).

The DynastyGM is a GAMECHANGER. What are you waiting for? Get it today!