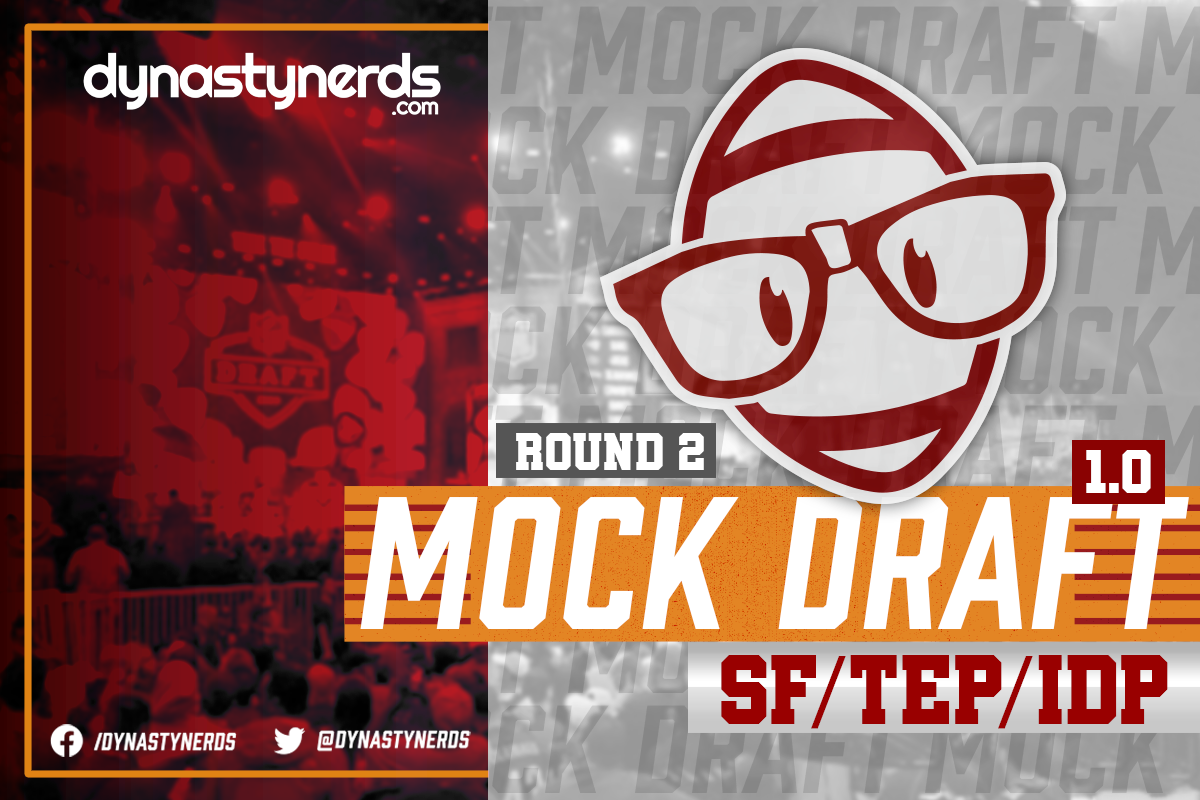 Thanks for dropping by for Round 2. You can review Round 1 here.

The Dynasty Nerds crew is joined by some friends to deliver a full five round rookie draft. The IDP’s start to come off the board and push offensive talent down the board. Did your second round steal make the cut?

Jaylen Waddle is my WR1. DeVonta Smith and Ja’Marr Chase are right there behind him. As the fourth receiver off the board, I couldn’t pass him up at this spot.

This pick came down to a toss-up between Rondale Moore and Kenneth Gainwell. My play style for fantasy football is always to be trying to win this season. Because of that overarching philosophy, I chose to double down on running back. Gainwell is one of several Memphis running backs to get NFL draft scouts’ attention. Given his natural ability as a pass-catcher, he could be an immediate return on investment in 2021.

Rondale Moore may be the most explosive receiver in this draft. he has terrific strength for his size and a great ability to separate. His size may have him limited to a slot role in the NFL but he should still have a sizeable role in the way of Marquise Brown. He is a home run waiting to happen.

After going QB with my first pick, I wanted to grab one of my favorite wide receivers in this group. Wallace is a playmaker who has great body control and is excellent at high pointing. I’m a big fan of his overall skill set and can’t wait to see what he does at the next level.

One of my favorite WRs in this class, St. Brown, brings immense upside to an NFL offense. He is very underrated and will likely be on many of my dynasty rosters if I can draft him at this spot.

Jordan will be a weapon in the NFL who can create mismatches as a TE with WR skills. I don’t like any of the IDP talent enough here, and the QBs, RBs, and WRs I would want are all gone. Jordan will hit the turf running and be a top-7 TE for many years.

Big TE with good route-running ability. In just four games in 2020, he managed 310 yards and a TD on 23 targets. Freiermuth makes for a big easy target in the middle of the field for any NFL offense.

Sermon showed explosive potential with 696 scrimmage yards over his last three full games. He is a physical runner with good vision. Just 503 touches in college left him with a low production profile but fresh legs that could set him up for a long career.

LSU has been a gold mine for WR talent in recent years, and Marshall is poised to continue the trend. He is a well-rounded prospect who excels in contested situations. Happy to land him at the back end of the 2nd.

Come out of the draft with two bonafide IDP studs for quite a few years. This seems like the perfect spot for EDGE players to start coming off the board. The upside of Rousseau was just way too good to pass on here.

After an injury-plagued sophomore season, Jefferson bounced back as a junior, putting up 133/858/7 in six games. At 2.11, Jefferson provides a potential three-down workload at a bargain price.

Moses is another LB out of Saban’s school of defense. Dylan has sideline to sideline speed, and LB’s can be difference-makers in IDP formats. With a weaker LB class in this draft outside of Micah Parsons, Moses is the next man up.

That will wrap up Round 2. We saw a good mix of WR, TE, and IDP go off the board after QBs dominated most of the first round. Rounds three, four, and five will be coming next week.