With the New Year approaching, what better way to bring it in than by making some big moves in your C2C leagues?! @devydeets explores some QB C2C buys 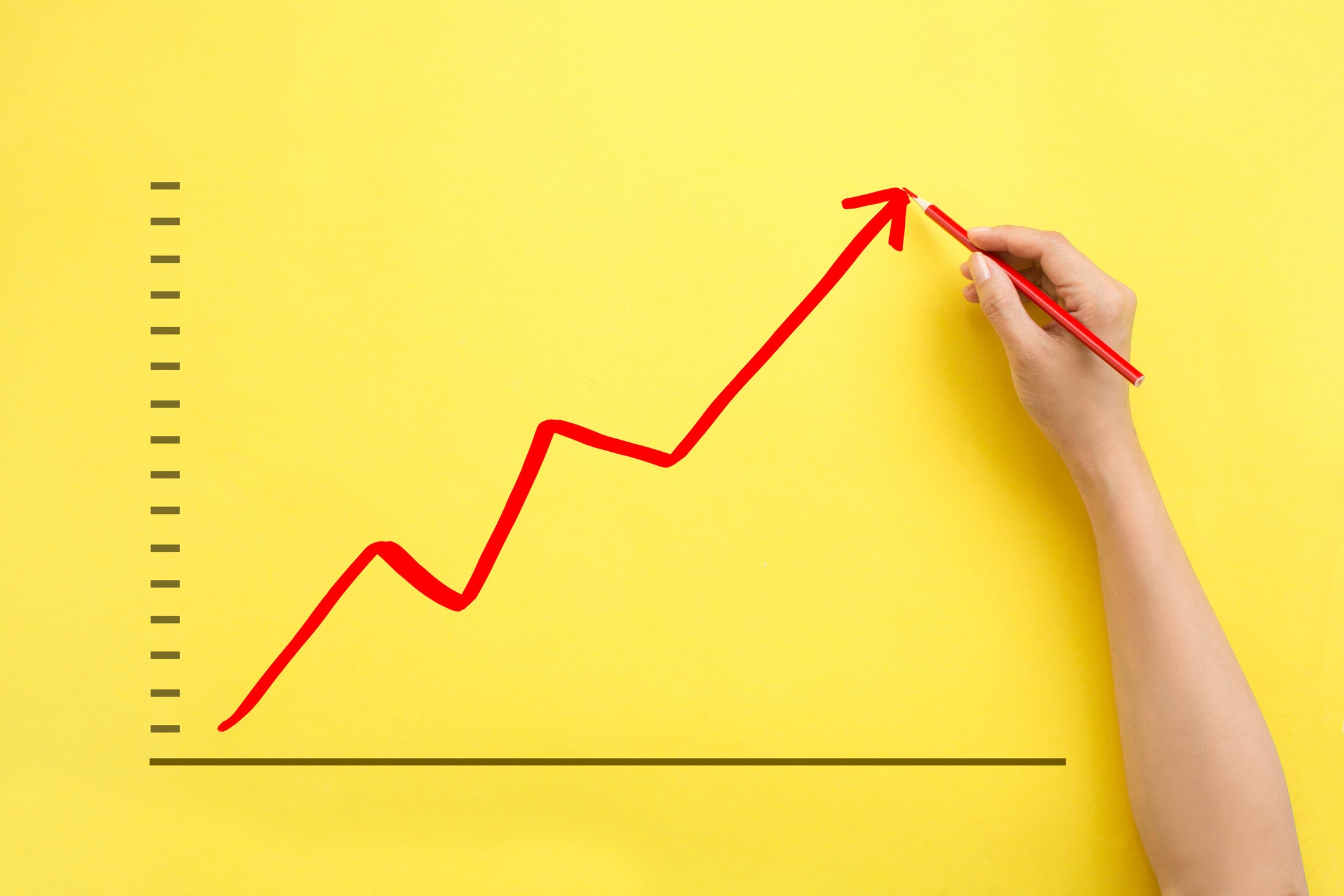 2020 likely messed up most of your plans for the year, including fantasy teams. It was especially hard on Campus to Canton leagues. Most of these leagues disregarded the college competition because of the numerous individual opt-outs, staggered conference starts, and last-minute quarantining. Like most of you, I also hope that 2021 is a better year all-around. I also hope for the return of a normal college football season. With that in mind, here are some of the underclassmen quarterbacks I am looking to acquire this offseason. I’ve tried to give a mix of players from major programs, and lesser-known players with NFL aspirations and those that are solely college producers, with multiple value points to choose from.

Players deemed premium value are those that were both highly rated prospects and likely will be high draft picks in future NFL drafts. You will spend a solid amount on these players, who are likely unproven. However, the price spent now will be significantly cheaper than the price paid a year or two from now if these players develop to their full potential.

No player at Ohio State will come with a cheap price tag, and CJ Stroud is no exception. He is the third-ranked quarterback in his class. Stroud was always expected to sit behind Justin Fields this year. Fields will be moving on, leaving the Buckeyes’ starting job up for grabs. Stroud is one of three strong contenders to take the job, along with Jack Miller and incoming five-star freshman Kyle McCord.

So why buy Stroud when he has such stiff competition? Well, for starters, by the end of the season, Stroud was seeing the backup snaps. While not 100% predictive, it shows that the staff trusted Stroud in Fields’ absence. Even better, it generally signifies that he is the leader to take the job in 2021. Stroud also has the benefit of being with the Buckeyes the longest of the three possible starters. In college, it can be difficult for a younger player to jump someone considered his senior, especially at a position that requires so much development and learning over the course of the college career. Stroud will not run into that problem next season.

Even with Uber-prospect Quinn Ewers coming in 2022, it is fair to believe that any quarterback that takes the starting job in 2021 would continue as the starter in 2022. Such is life at a premium college football program. Ewers will then be able to step in as a sophomore. If the Stroud owner in your league fears Ewers, it is a perfect time to grab Stroud at what may be the cheapest he will ever be.

Bryce Young may be the most obvious breakout-ready player at the quarterback position in college football. The information that I am about to provide is not particularly earth-shattering but failing to acknowledge this possibility would border on devy malpractice. To avoid any lawsuits in C2C court, go buy Bryce Young. Right now.

Young was the top-rated quarterback in his, according to the 247 composite rankings. Unlike a lot of the quarterbacks preceding him at Alabama, he is a true dual threat. Saban (and whichever offensive coordinator he is working with to help rehab their image) is not afraid to change the offense to match his best players’ skills. Next season, Young should be one of his best players.

With a load of strong receiving talent surrounding him, including future early draft pick John Metchie III, the Crimson Tide are a perfect situation for a quarterback. This was unthinkable a decade ago. They’ve now developed Tua and Mac Jones, and Young is just as talented as either of those guys. This year’s incoming freshman class does not appear to have a prospect on his level. So again, acquire Bryce Young.

Middle of the Pack

Prater always faced an uphill battle to meaningful snaps in 2020, simply because the Bearcats had an incumbent starter that perfectly fit the Cincinnati offense. And with an undefeated season, an AAC title, and a Peach Bowl berth against Georgia, it is hard to argue that coach Luke Fickell made the wrong choice. In 2020, Desmond Ridder looked more like his freshman self than his underwhelming sophomore year. My thoughts on Ridder as a prospect aside, he would be smart to capitalize on the momentum he created this year and declare for the NFL Draft.

Enter Prater. The 12th ranked quarterback in the 2020 recruiting class. I broke down Prater’s game in an article here in the preseason, and this season unfolded perfectly for him. Ridder, his main competition for the starting spot, looks to be headed for the pros. Ben Bryant, the other quarterback on the roster with some starting experience, has entered the transfer portal. With few other options on the roster, it looks to be Prater’s job entering 2021.

Make no mistake, Evan Prater still has plenty of developing to do to make it to the NFL. Without any snaps in 2020, it is hard to say if he has made the necessary strides. However, Prater has all of the traits to be a very good fantasy option in Campus to Canton leagues. His rushing ability should give him a strong floor, he has a cannon for an arm, and he is surrounded by talent on a strong team that rules over a weaker conference. I am grabbing Prater everywhere I can this offseason, with the understanding that he may never be a starting NFL quarterback.

For the record, I do NOT believe that Taulia is a future NFL quarterback. At least not without significant improvement on the mental and technical side of things. However, he is one of my top buys for college production for several reasons.

First, Maryland has a strong offense with a plethora of dynamic skill position players. It is unclear who may be declaring from their deep, wide receiver group, but I would imagine at least one of Jeshaun Jones and Dontay Demus will return to pair with freshman star Rakim Jarrett. Maryland also recently signed Marcus Fleming, the former Nebraska wide receiver. Fleming has a superb physical profile, albeit lacking in stature. Maryland should also have a strong run game next year with the rise of Peny Boone, the 2020 4-star running back. Boone is a big boy, measuring in at 6’1, 245. I would actually like to see Boone lose a few pounds, although he was certainly effective in limited action this year.

Second, Maryland’s defense is not particularly strong. As we all know, passing offenses tend to present more value on teams regularly involved in higher scoring affairs. Maryland’s defense allowed fewer than 27 points only once this season, and I’d imagine next year will look similar. Whether it’s a true shoot-out or garbage time, points are points.

As has been pointed out by others, the name recognition from Taulia’s brother Tua may make it difficult to buy Taulia cheaply. If that’s the case, I recommend looking elsewhere. But if not, he should be a nice buy for your Campus teams.

Bargain Basement players are those you can get virtually for free or as a cheap add-in during trade negotiations. These are players that are doubtful ever to make it to the NFL. Because of their skill sets or situations, they should still put up points in college. However, their college production is virtually their entire value.

I can’t tell you where Georgia State is located or what their mascot is. What I can tell you is that quarterback Cornelius Brown is a legitimate C2C asset. The 6’5, 200 lb redshirt freshman quarterback, had a fine first season as a starter, finishing with the following passing stats:

Brown has a strong arm and is mobile for his size, as shown by his 301 yards and seven touchdowns on the ground. He is also clearly still developing as a quarterback. What he showed this year was impressive at times. Brown still needs to work on his accuracy and ball placement. He also should improve his ability to throw in a system that requires timing. If I were a betting man, I’d wager that he will not develop those skills to the level necessary to compete in the NFL. That does not mean that he won’t possess any value for your college teams.

Brown may not even be owned in your current leagues. A quick search of my leagues shows that he is an FA in each one, including leagues with 45 man rosters. That’s how low his perceived value is right now. So on the off chance that he is rostered in your leagues, you can probably acquire him at a minimal cost. For a guy that scored as the 41st overall QB on a per-game basis, he is certainly worth a stash if you are competing or need a bye week fill in.

Jefferson made some appearances as a true freshman but looked like he was in way over his head. As Jefferson was a run-first quarterback that was as raw as they come as a passer, that is to be expected. In his two full games as a starter, he completed 13/29 passes for 165 yards and an INT. He also ran 28 times for 32 yards, significantly lower than you would expect from a player that was supposed to excel in that area.

A combination of events led me to believe that Jefferson may be done at Arkansas. First, the coaching staff that recruited Jefferson was replaced by Sam Pittman. A coaching change can often be a death knell for young, unproven quarterbacks. Second, Pittman wasted no time by bringing in transfer quarterback Feleipe Franks. Franks was supplanted by Kyle Trask at Florida and needed a new home. Franks played extremely well this season and earned himself a place at the Senior Bowl to his credit. Last, Pittman brought in his own young quarterback to compete with Jefferson, Malik Hornsby. Hornsby was also a dual-threat that was raw as a passer.

Just as I had written Jefferson off and dropped him from all of my rosters, my hopes were resurrected during a surprise start against Missouri. While he only completed 54% of his passes, he did throw for 274 yards and three touchdowns. I was encouraged by the performance because I thought Jefferson might need to transfer to earn more snaps. Arkansas has a surprising amount of talent at the skill positions, which should aid him if he grabs the job.