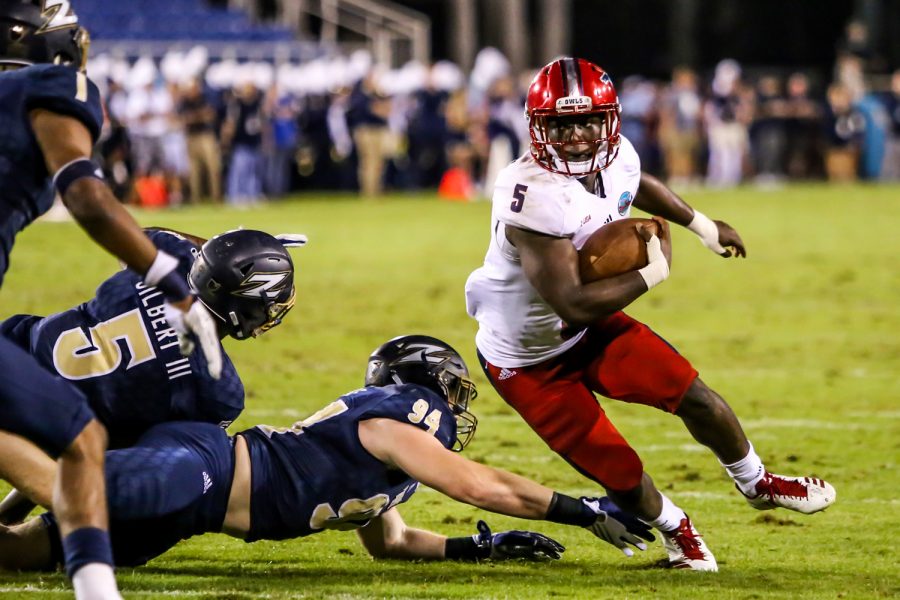 We’re seeing an emerging trend of smaller RBs in the NFL. With spread offenses, size doesn’t seem to matter so much as RBs are used all over the field rather than in between the tackles. For Example, Tarik Cohen is 5’6” 180 pounds, Phillip Lindsay is 5’8” 190 pounds, Dion Lewis is 5’9” 190 pounds. Those sorts of backs didn’t have much success in the NFL 20 years ago, but now teams aren’t shying away.

This brings me to Devin Singletary. The RB that goes by the nickname “Motor” may be small in stature, but anything but small in production. The Florida Atlantic workhorse is 5’9” 200 pounds, and his numbers have been video-game-esque. In 3 years, Singletary has had 4,287 rushing yards, 66 rushing TDs, and has averaged 6.0 YPC. Additionally, he’s tallied 51 receptions for another 397 yards. A breakdown of his college production can be seen below:

Anyone can look at those numbers and see that he absolutely dominated his competition. Having said that, it’s not like he’s playing against the toughest competition in the Conference USA. The question with smaller school products is whether or not they can produce against the bigger schools. Singletary has struggled a little in this regard. For example, on September 1st, 2018, against Oklahoma, Motor rushed 18 times for 69 yards (3.8 YPC). Having said that, you’re likely to be focused on as the main feature of a small school offense.

Although I’ve mentioned that C-USA player of the year is smaller in stature, he doesn’t play like it. For a smaller guy, he is so well balanced through contact. He has a powerful lower body and such a strong center of gravity that makes him tough to tackle. He’s well balanced and adapts to contact very well. According to PFF, since 2017 Singletary has had 2,181 yards after contact, 3.9 YPC after contact, and 175 forced missed tackles. You can’t teach elusiveness and I believe that is what will make him a success at the NFL level. You can see his elusiveness here:

What FAU running back Devin Singletary brings to the table on every down. Balance on contact is what made Hunt and D Johnson so effective. (Happy @dpbrugler 😏) pic.twitter.com/TZycTGfZxj

It doesn’t hurt that he has a nose for the endzone either. In the last 2 years, he has 54 TDs. Over that span, no other college player has rushed for more than 34 TDs.  I’ll be curious to see how Singletary’s athleticism looks at the combine. Right now, I see Singletary as a 2nd or 3rd round selection in the NFL. If he produces well at the combine and workouts I see 2nd round, but if he performs poorly, more like 4th round.

He’s certainly worth keeping an eye on because of his elite college production. I don’t think teams will be too worried about his size at all….

My first article is posted on ⁦@DynastyNerds⁩ ! I hope you enjoy and would love to hear back from you! 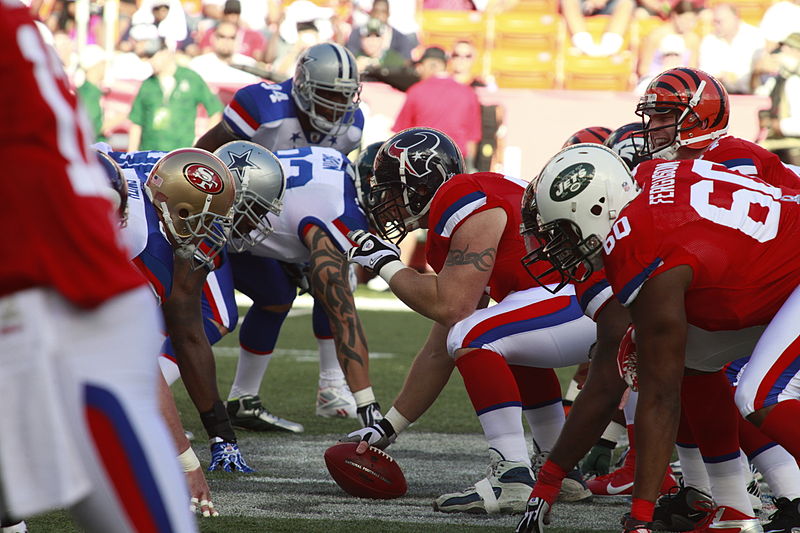 IDP Value in an Offensive World

Adding IDP to mix can be scary for some. @DynastyNuke breaks down his team building strategy.