Can you believe it’s already week 12? @tristancook_ is here with your WR start/sit calls for Thanksgiving week in the Slant Pattern! 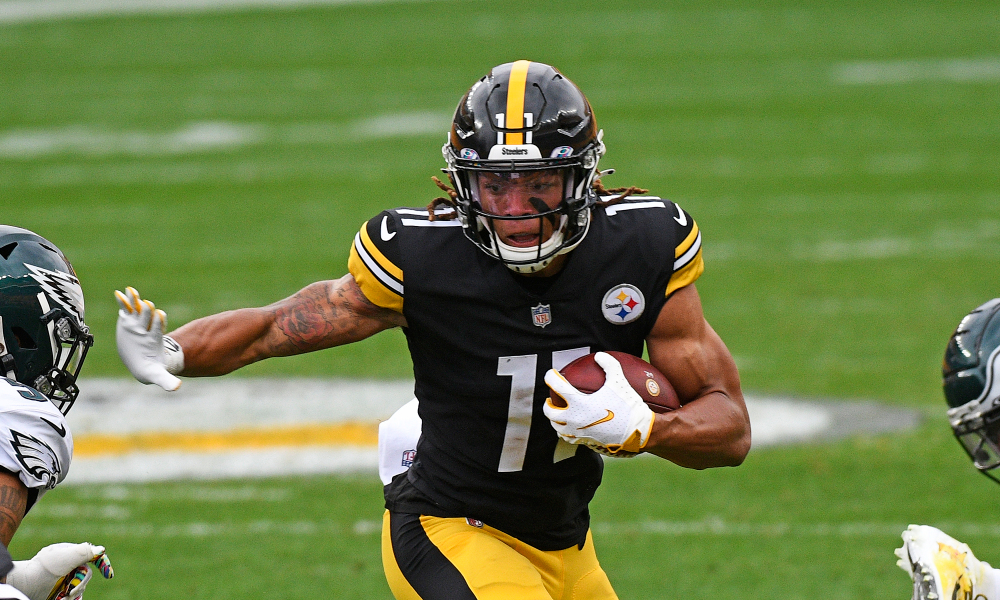 Week 11 was another solid week. My two ‘misses’ were having DeVonta Smith and Ja’Marr Chase as ‘starts’. Neither receiver had a particularly bad day, but neither were particularly special either. My best calls were Elijah Moore as a ‘start’ and Michael Pittman Jr. as a ‘sit’. Moore finished as WR3 on the week after being ranked as WR35, and Pittman finished as WR73 after being ranked as WR11. My other ‘hit’ was Jaylen Waddle as a ‘start’, he finished with 20.6 fantasy points which was good enough for WR11. Waddle was ranked as WR24. Let’s get to this week’s picks.

My first ‘start’ this week is Brandin Cooks. Similar to last week, I am looking to start the top WR playing against the Jets. New York is allowing a league worst 282.2 passing yards per game. This matchup does not scare you one bit. Brandin Cooks is coming off of a disappointing game last week where he only saw 3 targets. However, he is still the 12th most targeted WR on the season.

I’m not too worried about Cooks despite his disappointing Week 11. In a strange game, the Texans had the upset of the season so far, defeating the Tennessee Titans on the road. There was heavy rain falling for most of that game, and the Texans only threw for 104 yards. So, while his numbers weren’t great, I don’t expect that same outcome this week. I’m looking for a big bounce-back week for Cooks. Start him with confidence.

My next ‘start’ is Dolphins rookie Jaylen Waddle. It baffles me why he’s ranked in the mid twenties or worse each week. I have talked about this a few times, but Waddle hasn’t been the type of wide receiver I expected him to be. Instead of a big play, down the field threat, Waddle is playing close to the line of scrimmage. While this is a little bit surprising, it has helped him become a very safe and consistent WR.

This week he faces off against the Carolina Panthers. They have actually been the hardest team to throw the ball against this year, allowing only 174.2 passing yards per game. Thankfully for Waddle, he doesn’t need a big yardage total to be an impactful fantasy option. He currently sits as the 7th most targeted WR, so I expect to see a heavy dose of him this game.

For my third ‘start’ I have another rookie in Rashod Bateman. Everything looked like it was in line for Bateman to have a breakout game last week, until Lamar Jackson was a late scratch. With Tyler Huntley at QB, the Ravens offense was significantly less explosive. Instead of a big game, Bateman only ended up with 29 receiving yards on 3 catches.

This week it looks like Lamar Jackson is going to return to the field. And with that comes my belief in Bateman having a big game. If Marquise Brown returns to the field this week it could certainly put a bit of a damper on expectations, but I’m still willing to roll Bateman out there. He has had at least 6 targets in every one of his games this season. I feel good about Bateman this week in an important divisional matchup against the Browns.

My next ‘start’ is second year WR, Chase Claypool. He returned to the field last week after dealing with a toe injury. And, he returned in a big way. Claypool saw 9 targets in the Steelers’ high scoring loss in LA against the Chargers. He has had a rather disappointing season so far. He has been up-and-down all season. In week 5 he posted a monster week with a 6/130/1 receiving line. But, he followed that up with a 2/17/0 receiving line the next week.

I’m confident that this is going to be one of his “up” weeks. The Steelers looked like they were finally getting their passing game going last week. Roethlisberger threw for 273 yards and 3 TDs, and targeted Claypool 9 times. This passing attack runs through Diontae Johnson and Chase Claypool. So, against a Bengals’ secondary that struggles to stop the pass, I am expecting a big day.

Brandon Aiyuk is my fifth ‘start’ for Week 12. He looks to have finally fully clawed his way out of the pit of despair known as the Kyle Shanahan dog house. He didn’t quite make the ‘start’ list last week, but all signs were pointing to a good game. Against Jacksonville he played 93% of the offense snaps, his highest total of the season. We all know that this offense is currently running through Deebo Samuel, but against a Vikings defense that was just torched, I am anticipating another strong performance for Aiyuk.

My final ‘start’ is Marvin Jones Jr. He has slowed way down since his hot start to the season. In fact, he’s only hit double digit fantasy points once since Week 3. The Jags offense has been a bit of a conundrum all season. But, because of injuries, Jones looks like he’s in line for a return to fantasy relevance.

Jones has maintained a solid target share throughout the season, but after the injury to Jamal Agnew, he should be in line for even more work. This week the Jags face off against the Falcons, who do not have a particularly strong secondary. So, I expect Jones to be heavily involved, and he should be in your lineup.

That’s it for Week 12, feel free to reach out to me on Twitter (@tristancook_) if you have any specific questions for who I would start.