Will DK bounce back in Week 13? Can Jaylen Waddle repeat his dominant performance? @tristancook_ is here with all the WR start/sit answers in the Slant Pattern! 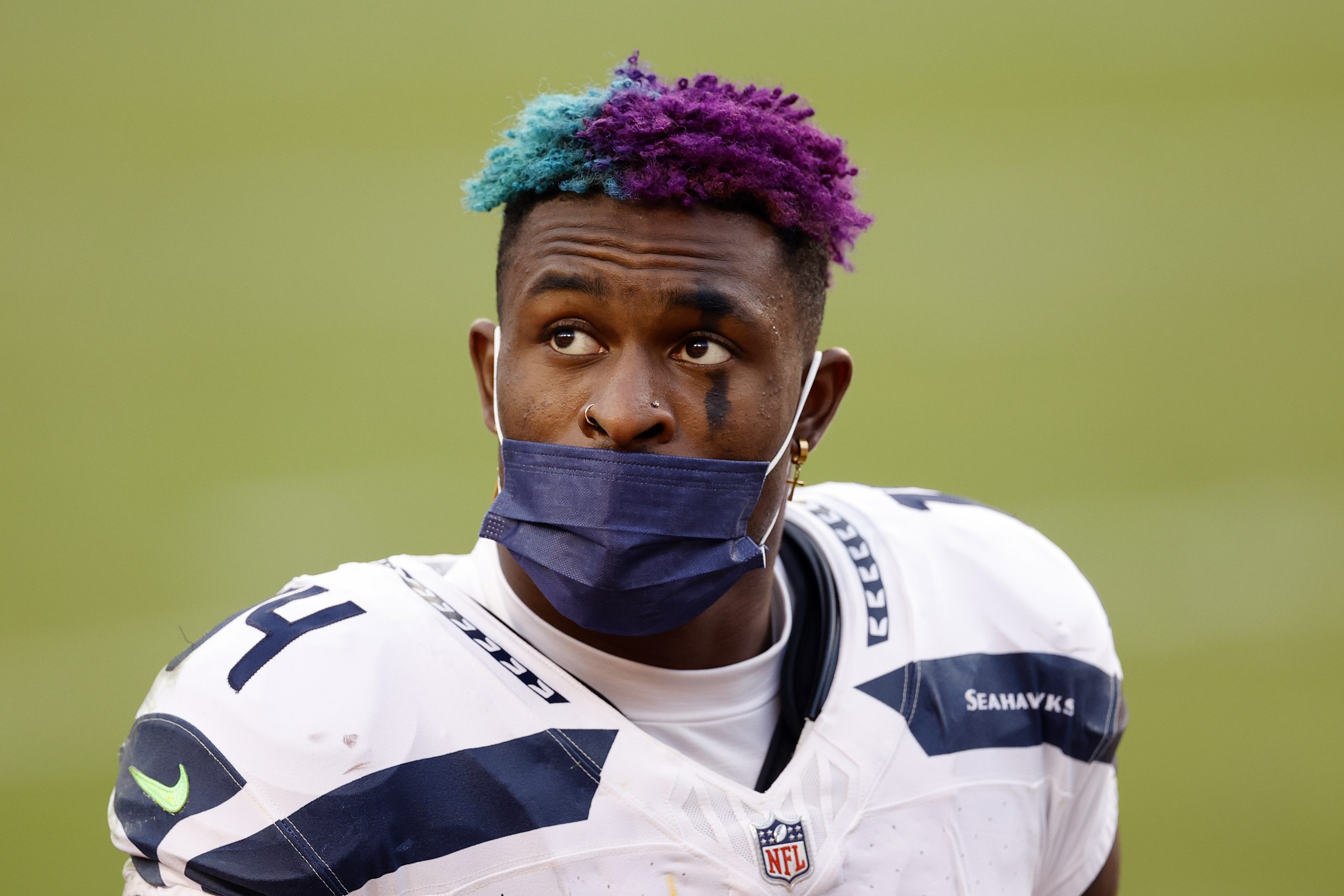 Week 12 wasn’t as good of a week as I’d hoped for. I had all six calls as ‘starts’ three of the picks ended up being a ‘push’ with Brandon Aiyuk, Chase Claypool, and Brandin Cooks. They all finished nearly exactly where they were ranked. My two ‘misses’ were Rashod Bateman and Marvin Jones. They both finished well outside the top 36 WRs. The Ravens’ offense hasn’t looked right of late, and Bateman suffered the consequences. Marvin Jones had 7 targets but only could haul in 4. Aiyuk and Claypool were only able to catch 3 passes each, despite having a combined 14 targets. However, my best call had Jaylen Waddle as a ‘start.’ He came in ranked as WR24 on the week and ended up as the WR1 overall. So, time to do better this week.

My first ‘start’ goes back to the Baltimore offense that has been struggling. Despite their recent issues, I am confident in Marquise Brown. He has an average of 12.3 targets over his last four games. So, despite the fact that Baltimore isn’t looking great, Hollywood is still producing. I also fully expect the Ravens to get back on track sooner rather than later, so the upside is certainly there for Brown.

We saw the Steelers get destroyed last week, and they haven’t looked particularly good all season. I expect this game to be closer, but that should be a good thing for Baltimore’s passing game. Hollywood is somewhat quietly sitting at WR15 on the season, despite playing one less game than everyone ahead of him. So, if he’s on the field, he should be in your lineup.

My next start is Denver’s second-year WR, Jerry Jeudy. It has been an incredibly disappointing year for Jeudy. Between the injuries and the disappointing Denver offense, Jeudy just hasn’t taken the step forward that we all wanted. So, why do I have him as a ‘start’?

There are two reasons. First, the matchup. Both offensively and defensively. This year, the Chiefs pass defense hasn’t been particularly good, allowing the 9th most yards through the air. So, I think the Broncos will be able to move the ball through the air. Also, the Chiefs offense is starting to get things figured out, so I expect the Broncos to need to throw the ball a lot more in this game than they did last week. That means that Jeudy should see a lot more than the 3 targets he got in Week 12. And, if he’s getting fed targets, I anticipate solid fantasy points.

Third, I have DK Metcalf as a ‘start’ this week. We all saw the frustration on Monday Night as he was open multiple times but didn’t get the ball thrown his way. Then we also saw him open on the 2-pt play at the end of the game, only to see Russ throw a game-sealing INT. You might be asking yourself why I would recommend playing a guy coming off a bad game against a divisional rival that is tough against the pass.

The answer is fairly simple. First, DK Metcalf is really good at football. Not that you’re not aware, but he’s an insanely talented WR. Second, his game against Washington is more likely the anomaly than what we can expect going forward. The 4 targets this past week are his season-low, so I expect to see Russ look his way more often this week. The squeaky wheel usually gets the grease, so I’m counting on a bounce-back.

My fourth ‘start’ this week is a very familiar one at this point. Jaylen Waddle has been amazing this year, yet he keeps getting ranked low. I’m not entirely sure why, but here we are. He has five games this year with double-digit targets, including the last game when he was the WR1 on the week. Anytime someone is getting that heavy of a target share, I will have them in my lineup. So keep starting Waddle, especially against a below-average Giants’ pass defense.

Elijah Moore is my fifth ‘start’ of Week 13. He saw a bit of a production drop last week with Zach Wilson back in the lineup, but I’m not too worried. The encouraging sign from Moore was that he was targeted 8 times by the former BYU signal-caller. He could only haul in half of them, but the target share is good. The Jets only threw the ball 24 times, so the 8 targets was a 25% share, which is great.

This week the Jets face off against a Philly pass defense that is slightly above average but not what I would consider close to dominant. The Jets have realized that getting the ball to Elijah Moore gives them the best opportunity to score, so I expect him to be heavily utilized and should be in your lineup.

My final ‘start’ is one of the rookie WR on the other side of the field in that previous game, DeVonta Smith. He’s also been a mainstay on my ‘start’ list this year. Smith hasn’t quite been as impressive as the aforementioned former Alabama WR, Jaylen Waddle, this year, but he’s still been quite good.

And now, he gets to face off against one of the worst pass defenses in the NFL. I expect DeVonta to be a lot more involved this week than he was in the low-scoring loss to the Giants. So, if you’re considering benching Smith, don’t. I expect a big bounce-back from the Eagles this week.

That’s it for week 13. Feel free to reach out to me on Twitter (@tristancook_) if you have any specific questions for who I would start.

Are you interested in joining the #NerdHerd? Use the code “tcook” for 15% off any membership. Sign up here and get an edge on all of your league mates today! You can get access to the DynastyGM tool (including our Trade Calculator and new Trade Browser), the Prospect Film Room, an extra weekly podcast, full rankings, and much, much more!

There are also weekly office hours in the Facebook group and on Twitter each Sunday morning before the early games kick-off. A handful of writers will answer all the questions posted, so you are usually able to get a few different takes on your situation. Make sure to come back next week to see how these picks turned out. Good luck!