Week 1 is here! Which WRs should you be wary of starting in the opening week of 2020? @tristancook_ has you covered in this week’s Slant Pattern 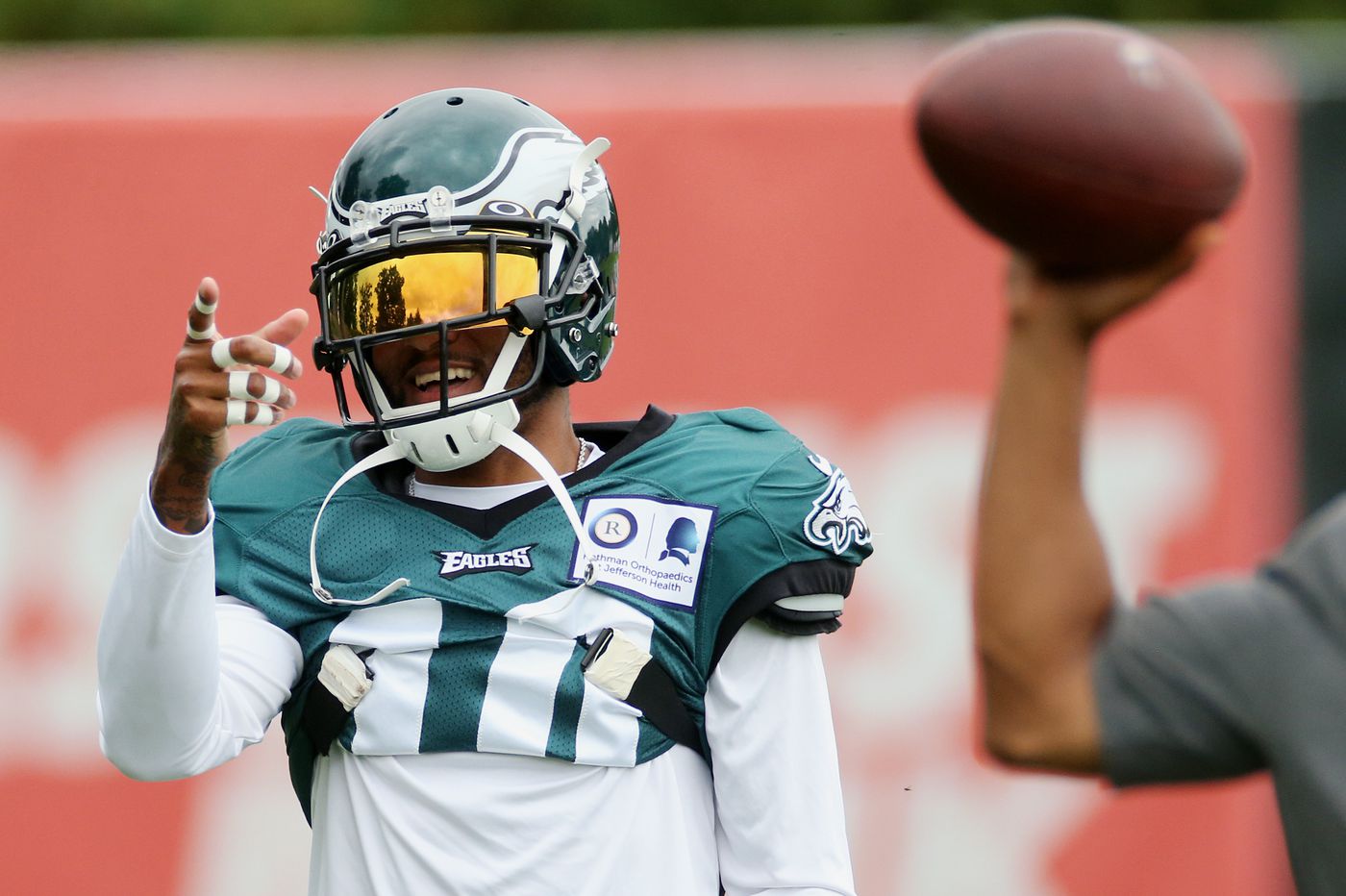 As the post-Brady era in New England begins, there are many countless unknowns about how this Patriots offense will look in 2020. Unless you’ve been living under a rock, you would have heard that Cam Newton is now leading the charge in New England. But, we still don’t know anything about the offense. Will Sony Michel have a bounce-back season? Who will lead the passing attack?

There are plenty of questions left to be answered, but one thing I’m willing to bet on is Julian Edelman. Many things will look different this year for NE, but I don’t expect Edelman’s stats to be one. The Pats have utilized the slot receiver for years. Barring injury, I expect Edelman to continue his dominance with Newton at QB.

Edelman finished as WR7 in PPR scoring in 2019. He amassed 153 targets and dominated the middle of the field. Cam Newton is plenty familiar with throwing

Similarly to Edelman, Diggs finds himself surrounded by many new faces. After the trade to the Buffalo Bills, Diggs is now the clear-cut WR1 for his team. While it’s fair to be wary of Josh Allen and his passing woes, I am bullish on Diggs for Week 1 and 2020.

One of the biggest causes of my optimism this week is the matchup. The Jets have an incredibly suspect secondary, to put it kindly. Diggs’ biggest strength is his route running, and against under-powered corners, I fully expect Diggs to rack up the fantasy points. There is obviously some unknown because he is on a new team, but I’m feeling confident.

Next, I am firmly on the OBJ resurgence train, so it’s a natural fit for me to have him as a ‘start’ in week 1. It’s incredibly difficult to predict game script during a season, but it is even harder to do Week 1. However, I see this game going one of two ways. Either the Ravens will be out to a commanding lead and force the Browns into a more pass-heavy offense or, the Browns will keep it competitive, which will likely be thanks to big plays from their star players, namely OBJ.

Additionally, the Browns had a disappointing year on offense last season. OBJ saw 133 targets in 2019, but only caught a career-low 55.6% of them with only 4 TDs. I expect them to do a better job of getting him the ball in the red zone starting in week 1. Start OBJ with confidence.

My first ‘sit’ of the year is Kenny Golladay. My hesitation with Golladay is more of a short-term concern than season-long. However, there may be reason to be concerned about his outlook moving forward.

First and foremost, the Lions have continually shifted towards a defensive-minded team that wants to run the ball and control the game. This is very evident by their investment in the offensive and defensive lines and the running back position. While there will still be opportunities for Matthew Stafford and this passing game to produce good numbers, it will be on a less regular basis.

Additionally, the match up with the Bears is a difficult one. Teams obviously change significantly in the off-season, but the Bears defense, led by Chuck Pagano, has been a strong one. There will be weeks where I favor starting Kenny Golladay, but week 1 is not one of them.

My next sit for this week is DeSean Jackson. This is due in large part to two factors. First, DeSean Jackson can hardly stay healthy enough to finish a game. He had an incredible Week 1 performance in 2019, but was injured and was only on the field for 14 snaps for the rest of the season. He’s shown the ability to post monster weeks in his career, but he has never been someone to provide consistency. He is essentially Will Fuller, but less consistent, older, and arguably more injury-prone.

Next, the Eagles WRs as a group are an enigma. Both Alshon Jeffery and DeSean Jackson seem always to be injured; JJ Arcega-Whiteside had a rather disappointing rookie year; and the Eagles spent a 1st round pick on TCU speedster, Jalen Reagor. It is hard to know what type of role Jackson will have in week 1. It’s certainly possible that he catches a long TD pass, but I’m not banking on him to start my season. You likely have better options.

Moving on, my final ‘sit’ for this week is Calvin Ridley. Ridley had a relatively strong second NFL season last year. However, he only hit the century mark in two games in 2019. I think that Ridley will have a solid year, but my concern for him here is that the weeks where he has good numbers will be hard to predict.

This Falcons offense will run through Julio Jones in the passing game and Todd Gurley on the ground. Ridley, as WR 14 in Week 1, is way too optimistic for my liking. Furthermore, the Seahawks will likely try to run the ball and control the clock, limiting the time that Atlanta has the ball. If I have any better options, I’ll be sitting Ridley this week.

That’s it for week 1, feel free to reach out to me on Twitter (@tristancook_) if you have any specific questions for who I would start. There are also weekly office hours in the Facebook group on Sunday mornings before the early games kick-off. There are a handful of writers that will answer all the questions posted to the thread, so you are usually able to get a few different takes on your situation. Make sure to come back next week to see how these picks turned out. Good luck!