Should you stay away from Parker with Tua at QB? Is JuJu a must start? @tristancook_ covers WR start/sit questions for week 8! 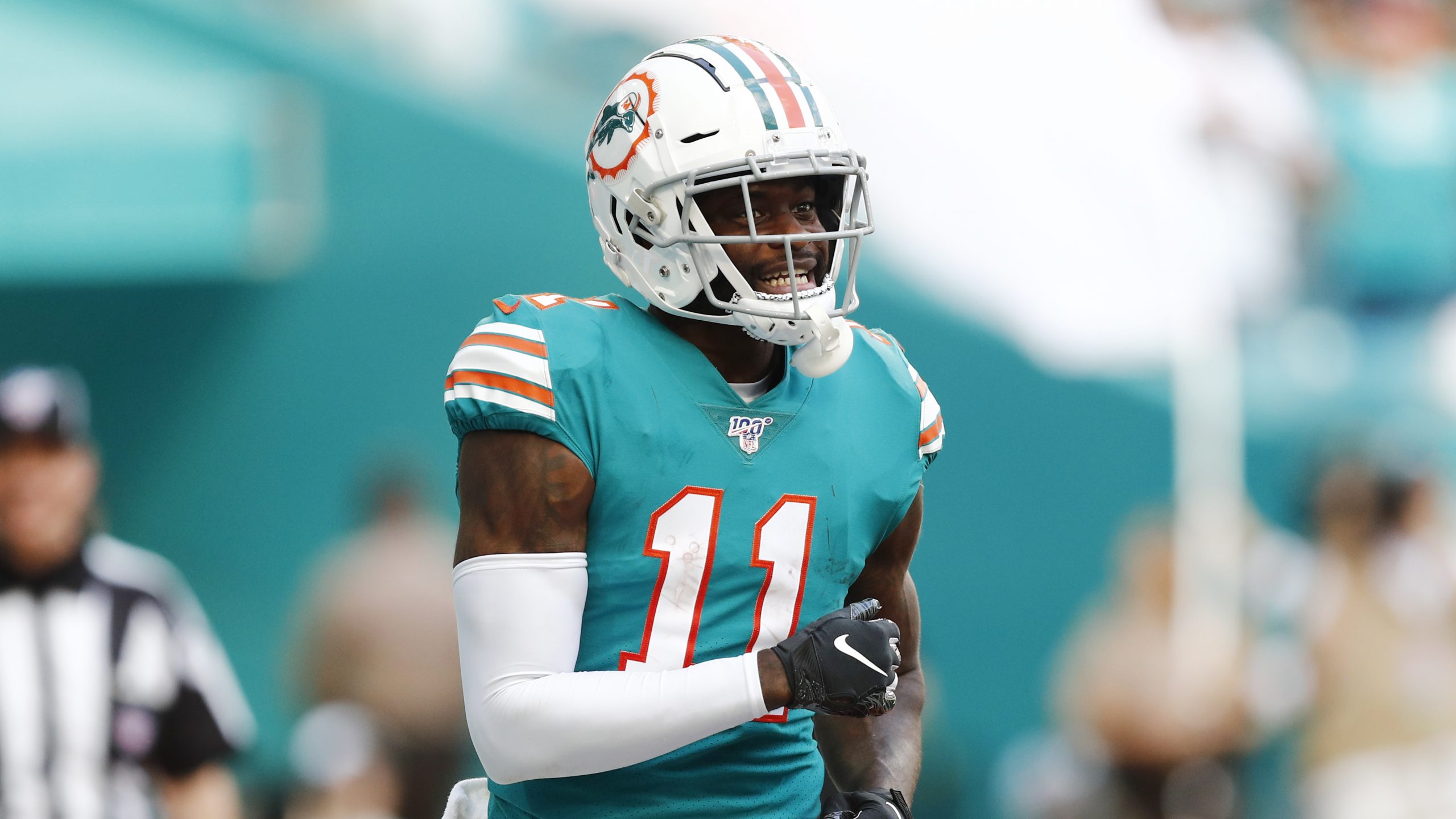 Week 7 was a pretty good week for my start/sit recommendations. There were two bad calls. CeeDee Lamb and Jerry Jeudy both had bad games. Both the Cowboys and Broncos looked terrible on Sunday, and I didn’t see that coming. Having Boyd as a start turned out very well. As well as having Allen Robinson and Chase Claypool as ‘sits.’ I got quite a bit of hate for having Claypool as a sit. I expected him to do a little more than 1/-2/0 with a fumble, but the reasoning was spot on. I’m still skeptical of his consistency in any game where all the Steelers WRs are healthy.

My first ‘start’ for this week is JuJu Smith-Schuster. I got a lot of heat for my love of JuJu last week, especially in favor of starting him over Chase Claypool. My view on JuJu has stayed the same. He’s always going to be involved in the offense, and so the production will come. Last week we saw JuJu heavily targeted by Ben. He didn’t capitalize on the 14 targets as much as I would have liked to see, but I think the usage is a very encouraging sign.

This week, the Steelers take on Baltimore in what will likely be one of the week’s best games. The Ravens defense hasn’t been as dominant this year as we saw in 2019, but are stronger against the run than the pass. I expect Big Ben to once again heavily involve JuJu, and hopefully, this week, he’ll get in the end zone.

My next ‘start’ is Jarvis Landry. He’s been pretty disappointing so far in 2020, but that is about to change. Unfortunately, it’s due to the ACL tear suffered by OBJ. Nevertheless, Landry should see an increased role and target share in this offense. We’re used to seeing him as a borderline WR1, so it’s safe to say this year has been a disappointment.

But, Landry now becomes easily the most accomplished and talented WR on the field for Cleveland. And, the Browns are facing off against one of the worst pass defenses in the NFL. I expect Landry to see a large bump in targets, and you should feel good about putting him in your lineup this week.

The next ‘start’ for Week 8 is 49ers rookie WR Brandon Aiyuk. I was a bit skeptical about him in his rookie year, but he’s shown a lot of promise so far. My biggest concern was related to how well he could perform while sharing the field with Deebo Samuel. But, like the Cleveland situation, an injury has changed the outlook.

Deebo is slated to miss some time with a hamstring injury, and I fully expect Aiyuk to take advantage of this opportunity. Furthermore, the 49ers face off against the Seattle Seahawks this week. The Seahawks have been abysmal against the pass so far in 2020. They are allowing 368.7 passing yards per game. That’s easily the worst in the league. If you have Aiyuk, get him in your lineup.

Moving on, we have Travis Fulgham as my next ‘start’ for this week. This one, like the two previous starts, is based on opportunity. The Eagles have been devastated at the WR position this year. Alshon Jeffery and DeSean Jackson seem to always be injured. While he has remained healthy, JJ Arcega-Whiteside has been ineffective and extremely disappointing. They should be welcoming back rookie 1st round draft pick Jalen Reagor this week, but I am still confident in Fulgham.

He has been one of the only bright spots for Philadelphia so far, and I don’t think it’s a fluke. He currently sits as WR 36 on the season but has been coming on strong of late. Carson Wentz needs to throw the ball to someone, and Fulgham has repeatedly been there. I feel good about him against a depleted Cowboys team.

My final ‘start’ of Week 8 is Bengals rookie Tee Higgins. I was a huge fan of Tee at Clemson, and he is in the midst of a very strong season. He currently ranks as the WR 26, despite not being heavily involved in the offense at the beginning of the season. The Bengals only have one win on the season, but their passing offense has been very strong.

This week they face off with the Tennessee Titans, who allow the 7th most passing yards in the league. Joe Burrow and Co. look like they will be without Joe Mixon once again, so I expect Cincy to lean heavily on the passing attack. Tee Higgins should be in your lineup this week.

The only ‘sit’ I have this week is DeVante Parker. There are two factors in this decision. First, Tua Tagovailoa is making his first career start this week. That means a lot of uncertainty. I am a fan of Tua, but we likely won’t see the gunslinger mentality as we did with Ryan Fitzpatrick. There is obviously a chance that Tua can come out and tear it up, but in his first start, I am tempering my expectations for the passing game.

The other huge reason for my concern is the matchup. Parker will likely be lined up across from Jalen Ramsey for most of the game. We all know how dominant of a player Ramsey can be, so regardless of who is throwing the ball, it’s likely going to be tough sledding for Parker out there. I expect Tua to be a little more cautious with the ball in his first start, limiting the opportunities for Parker to succeed. I’d look elsewhere this week if you can.

That’s it for Week 8, feel free to reach out to me on Twitter (@tristancook_) if you have any specific questions for who I would start. There are also weekly office hours in the Facebook group on Sunday mornings before the early games kick-off. There are a handful of writers that will answer all the questions posted to the thread, so you are usually able to get a few different takes on your situation. Make sure to come back next week to see how these picks turned out. Good luck!