Is this AB’s breakout week? The fantasy regular season is almost over, and @tristancook_ is here to give you the WR starts and sits in this week’s ‘Slant Pattern’ article! 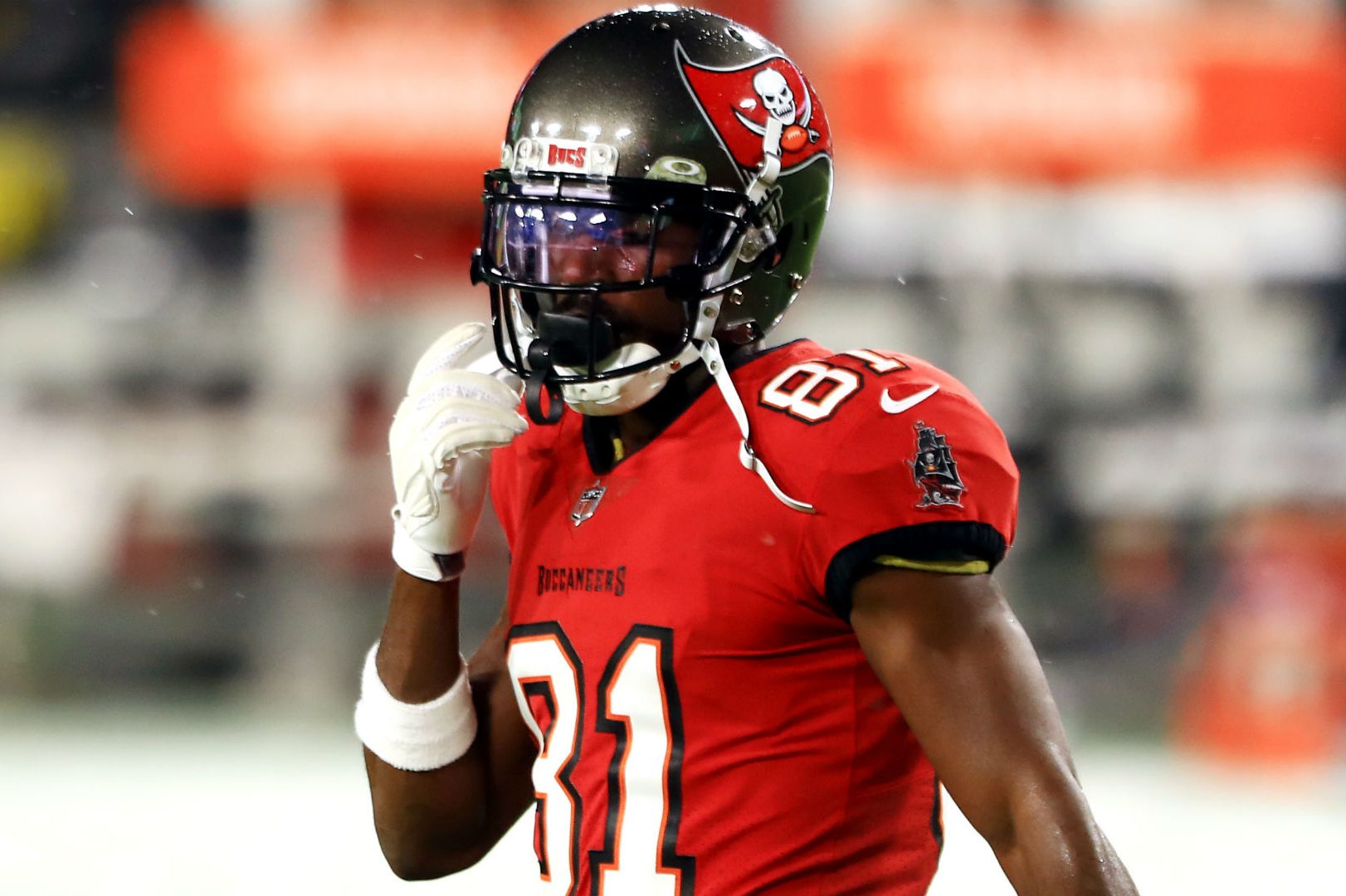 Week 11 was another good week for all my non-Jarvis Landry calls. He and the Browns passing game was once again terrible. But, aside from that, it was a very good week. All of my other ‘starts’ finished above their ranking, and all of my ‘sits’ finished below theirs. My best call of the week was starting Mike Williams, and my worst call was the aforementioned Jarvis Landry ‘start’. This week’s picks are going to be a little different. With multiple Thursday games and the potential of the PIT/BAL game being postponed, I will focus on several ‘starts’ that you could pivot to in the event that you lose out on Steelers/Ravens players. Let’s get to it.

My first ‘start’ this week is Tyler Boyd. Yes, he has been a very consistent WR this season, but after the injury to Joe Burrow, it’s fair to wonder how he will perform. Brandon Allen is obviously a significant step down from Burrow, and the Bengals offense will certainly not be as good, but I believe that he can support Boyd as a viable WR option.

I don’t expect to see Cincinnati have a lot of success offensively, but where I do see them succeeding is quick and easy throws. Boyd is the Bengals best slot WR and excels in the short passing game, and over the middle, you shouldn’t be concerned about him this week, put him in your lineup with confidence.

Next, we have DeVante Parker as my second ‘start.’ Parker has followed up his 2019 breakout with a strong year so far this year, and I expect that to continue this week. Parker and the Dolphins get to face off against the lowly Jets, and I expect to see Tua have a much better game than last week. It’s not breaking news to say the Jets are bad on defense, but they have been the worst team in the AFC against the pass and have been actually decent against the run. The Miami running game has suffered some injuries, so I anticipate a relatively heavy passing attack, with Parker as one of the main beneficiaries.

Moving on, I am starting Brown in every league that I have him. The Bucs are facing off against the Chiefs this week, and despite Bruce Arians’ comments about relying more heavily on the running game, I believe that Tampa Bay will still throw a significant amount. Whenever a team faces off with KC, it has shootout potential, which is certainly no exception. I think that the Bucs will need to put up a significant amount of points to keep themselves in this game, and I think AB will be a key part of accomplishing that.

Antonio Brown has seen his role increase in each of his first three games back in the NFL. He’s seen more targets, catches, and fantasy points in each successive week. I think this is the week we finally see him go off big and reward those who have kept him on their roster for the past 2 years.

My fourth ‘start’ this week is Cardinals slot, WR Christian Kirk. The Cardinals are in the midst of a very impressive turnaround from last year’s 5-10-1 record. Kyler Murray and Co. have been one of the best offensive units in the NFL this season, and Christian Kirk has played a key role in the offensive success. Kirk has cooled off a bit since his mid-season 3-game 66.6-point stretch but is still a key part of the offense. In this week’s game against the Patriots, I expect to see him have more opportunities for success as the defense will be occupied with trying to shut down Nuk. He has averaged seven targets per game in his last 4 games, and I wouldn’t be surprised to see that number go even higher this week. I’m feeling good about him against NE.

Curtis Samuel is my next ‘start.’ He is on quite the hot streak right now. The Panthers look like they are finally figuring out how to utilize his skills to their fullest potential. Samuel has scored 17.3 or more points in four of his last five games, and this week gets the Vikings defense that has struggled against the pass this season. Matt Rhule has done a great job manufacturing touches for Samuel this season, and I have no reason to think that will stop this week. Start him with confidence.

My final ‘start’ of this week goes back to the NE/ARI game with Patriots WR Jakobi Meyers. Meyers is coming off his first bad game since his role increased in the Patriots offense. He was only targeted three times last week in a game that saw Cam Newton make 40 pass attempts. I have to imagine that changes this upcoming week. Meyers has shown the ability to produce in this offense, and I think Cam Newton will lean more heavily on him this week. I’m still feeling good about Meyers, and you should too.

That’s it for week 12, feel free to reach out to me on Twitter (@tristancook_) if you have any specific questions for who I would start. There are also weekly office hours in the Facebook group on Sunday mornings before the early games kick-off. There are a handful of writers that will answer all the questions posted to the thread, so you are usually able to get a few different takes on your situation. Make sure to come back next week to see how these picks turned out. Good luck!

Changing the Call: Week Twelve
Is Byrd Flying Under the Radar?