Bench DK Metcalf in the championship? Is Amari still a safe option? @tristancook_ answers your questions in this week’s ‘Slant Pattern’ article! 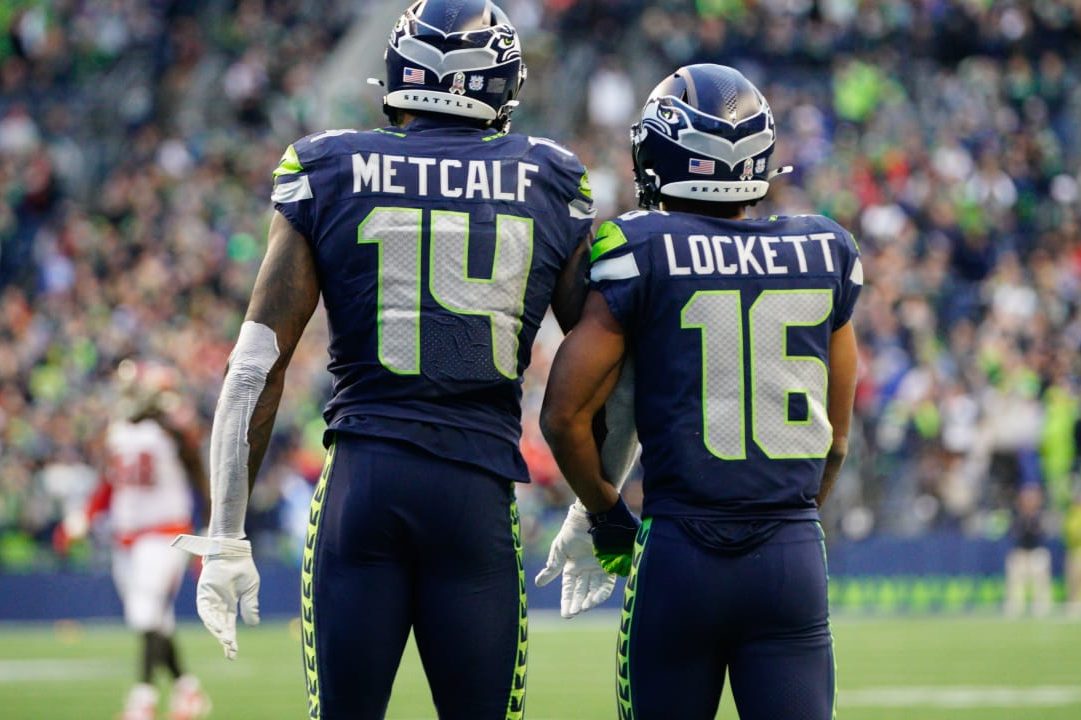 Week 15 was a decent week. Both of my ‘sits’ were good calls, as was having Diontae Johnson as a ‘start.’ Mike Evans outperformed his ranking as well, but only by a small margin, so that was good, but not spectacular. The big misses for last week were JuJu and Claypool. All I can do is own that. I expected the Steelers to come out at full-speed and look like the team that was 11-0, but instead, they lost to Ryan Finley and the Bengals. This week needs to be better, so let’s get to the calls.

My first ‘start’ is Cooper Kupp. There are main reasons for having Kupp listed as a ‘start’ this week. First, the Rams are coming off an embarrassing performance last week, losing to the winless Jets team at home. I have to expect the Rams will put forward a much better effort this week in a division game. Cooper Kupp is the top targeted WR on this Rams team, and without Cam Akers, I expect them to lean a little more heavily on the passing game. If you’re ever going to be down your top RB, a good week to have that would be when you’re facing off against the league’s worst pass defense. Luckily, that’s exactly the position the Rams are in. Seattle is allowing nearly 300 yards per game, and I’m expecting to see Kupp put up big numbers this week.

My next ‘start’ is Cowboys WR Amari Cooper. He’s coming off an abysmal 2/10/0 line in Week 15, but I am optimistic for a bounce-back game against the Eagles. Cooper has been an extremely consistent fantasy option this year despite the loss of Dak Prescott. So, while it certainly isn’t ideal to be coming off a clunker of a game, I am not worried about Cooper’s production. Despite last week’s anomaly, Amari has a high floor. This Eagles pass defense doesn’t scare me, and if Cooper can get into the endzone, he has WR1 potential for the week.

My next ‘start’ is TikTok star and Pittsburgh WR JuJu Smith-Schuster. I know you’re probably tired of me pounding the table for JuJu. I also know that it would be hard to trust him in what is likely the final week of your fantasy season, but that’s exactly what I’m suggesting you do. He’s received quite a bit of heat of late for his pregame antics, but I expect him to quiet the critics this week. The Colts have a formidable pass defense, but it has gotten significantly worse as the season has progressed. I think JuJu will go out on the field with something to prove, and I’m going to have him in my lineup.

My final ‘start’ of the week is Tyler Lockett. This may seem like an unconventional call because the Rams have the best pass defense in the league, but there is a reason for it. In their last matchup with the Rams, Tyler Lockett saw nine targets, hauling in five of them for 66 yards. While I will admit that those aren’t exactly monstrous numbers, the important piece of information to understand is that Russell Wilson was throwing his way frequently. I expect to see a similar number of targets and expect Lockett to put up better numbers this time around.

My first ‘sit’ this week is the WR on the other side of the offense for Seattle. I’m trying to avoid DK Metcalf this week if at all possible. I know it seems difficult to bench a player that has been so good for you this year, but I’m worried about his matchup with the Rams and Jalen Ramsey. DK was only targeted four times in their first matchup, hauling in two catches for 28 yards and no TDs. It’s certainly possible that the Rams will do something different this time around, but their recipe worked last time against Seattle, and so I don’t expect it to change this time week. Ramsey is one of the best DBs in football, and if I have a better option this week, I’m not playing DK.

My last ‘sit’ for this week is Russell Gage. I know he’s coming off a week where he finished as a high-end WR2, but I’m not very confident in his chances of repeating the success. His stat line of 5/68/1 looks like a good one, but after the first drive of the game, Gage only caught four passes for 36 yards. Any time you’re facing off against the Chiefs, you have the chance that you’re going to be playing catchup, so it’s possible for garbage time scoring here. Still, I don’t want to be counting on Russell Gage this week unless I absolutely have no other viable options.

That’s it for week 16, feel free to reach out to me on Twitter (@tristancook_) if you have any specific questions for who I would start. There are also weekly office hours in the Facebook group on Sunday mornings before the early games kick-off. There are a handful of writers that will answer all the questions posted to the thread, so you are usually able to get a few different takes on your situation. Make sure to come back next week to see how these picks turned out. Good luck!

Flexy and I Know It: Flex Start/Sit Week 16
I think the Beatles said it best