Can you rely on Antonio Brown in his first game back? Is it safe to play Terry McLaurin? @tristancook_ has the answers in this week’s Slant Pattern! 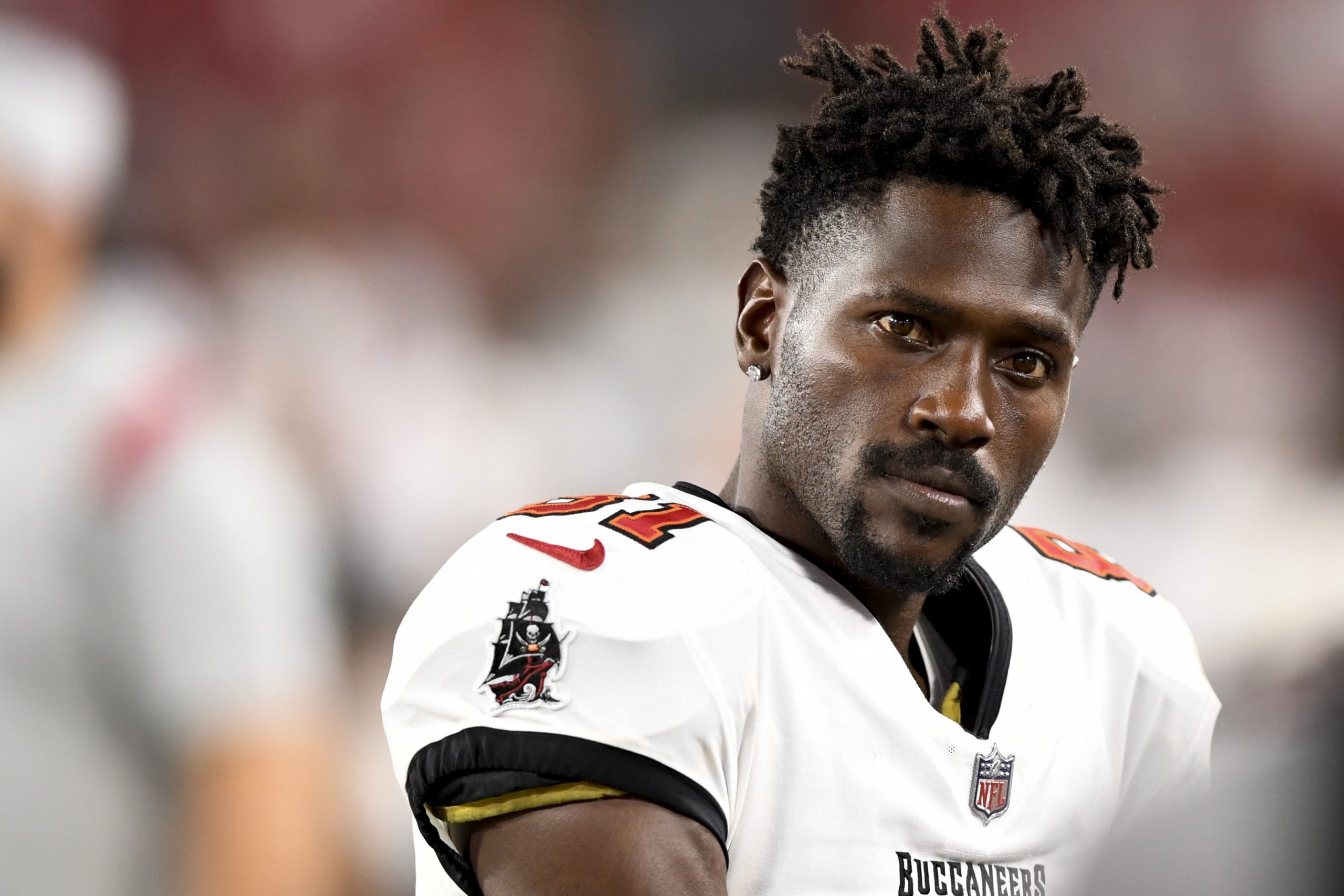 Last week was a brutal week for fantasy football in general. And my start/sit calls were no exception. I had four ‘misses,’ one ‘push,’ and only one ‘hit.’ My worst call was starting Jerry Jeudy. It’s hard to say what would have happened if Bridgewater hadn’t gotten hurt in the game, but it wasn’t looking good up to that point. He didn’t haul in any of his 4 targets and laid an egg. My best call had Brandin Cooks as a ‘start.’ He came in ranked at WR20 and finished the week at WR3. Week 16 is crucial, so I have to be better. Let’s get to it.

My first ‘start’ of the week is Lionis rookie Amon-Ra St. Brown. He has been a target hog the last three weeks, with a total of 35 targets in that span. St. Brown has become one of Goff’s favorite weapons. It looks like there’s a good chance that Goff will miss this game due to COVID, but I’m not particularly worried about who is throwing the ball. His game actually bodes quite well for a QB that will likely be trying to get the ball out quick and stay ahead of the chains.

This week Detroit faces off against Atlanta. The Falcons don’t have a defense that scares you, so regardless of who is throwing the ball, yards should be available. I expect Amon-Ra to once again be heavily targeted in this game, and therefore a very safe PPR option.

My next ‘start’ of Week 15 is Terry McLaurin. I had him as a ‘start’ last week, and it didn’t pan out. But I’m back on the train here in Week 16. McLaurin struggled without Taylor Heinicke on Tuesday night, but Heinicke returns to the field this week, so that should no longer be a concern. Furthermore, while 2 catches isn’t a particularly inspiring performance, it was good to see McLaurin on the field after the concussion. There was a lot of uncertainty about if he would play at all.

This week, Washington faces off against the Cowboys, who have a slightly better-than-average pass defense. But, they can be thrown on. I expect to see Terry heavily targeted and perform well. If you’re nervous about starting him, I understand, but I’m not backing away from him now.

My third ‘start’ is DeVonta Smith, who has underwhelmed a bit this year. After scoring 22.6 points in back-to-back weeks, Smith has 23.8 points in his last four games combined. However, I don’t think that the disappointing trend will continue. In the Week 12 matchup against the Giants, DeVonta Smith was held to only 2 catches for 22 yards.

Philadelphia put up only 7 points in a surprising loss in the Meadowlands. I think the Eagles will come out and put up big numbers this week. Smith has seen plenty of targets to be impactful, so I think better days are coming. If you have DeVonta, I would feel comfortable playing him, especially if you are dealing with some of the COVID absences.

Antonio Brown is my fourth ‘start’ for the week. The analysis here is pretty straightforward. Brady will be without the services of Mike Evans and Chris Godwin. Brown is back for the first time since October 14th. In his last three games played, Brown has 32 targets. There has never been a question of his talent. It has always been whether AB will be on the field. This week it looks like Brown will not only be on the field but will likely be a focal point of the passing attack. We know that Brady loves AB, and without his top two WRs and his top RB in Fournette, I expect a monster target share for Brown. I’m firing him up with zero hesitation whatsoever.

My last ‘start’ of the week is Rams’ WR Odell Beckham Jr. After a few good games, he’s coming off a very disappointing 1/7/0 receiving line against the porous Seattle secondary. Instead of throwing the ball towards OBJ, Stafford peppered Cooper Kupp to the tune of 9 receptions for 136 yards and 2 TDs.

I expect the Vikings to do a better job of slowing down Kupp, so Stafford will need to spread the ball out a little more. The Vikings allow the 4th most passing yards per game, so there should be plenty of yards to be had. I am still rolling out OBJ this week despite his clunker last game.

My only ‘sit’ this week is Christian Kirk. Kirk had a monster game last week against Detroit in what was the most shocking outcome of the season. The Cardinals trailed from the start and were throwing essentially the entire game. Kyler Murray attempted 41 passes last week, which is his second total in a single game of the season. It’s not to say that they don’t throw the ball often, but I’m not expecting Kyler to hit 40 passing attempts in this game.

Kirk will likely have a slightly increased role with DeAndre Hopkins on IR, but don’t chase the points from last week. I think Kyler will spread the ball around and that Chase Edmonds and James Conner will get plenty of carries. Additionally, the Colts like to run the ball and chew up the clock, so I don’t think there will be as many opportunities for Arizona. If you have Kirk and need a starter because of COVID, I think he’ll be ok. But, I’m expecting closer to low-end WR3 than WR2 numbers.

That’s it for Week 16. Feel free to reach out to me on Twitter (@tristancook_) if you have any specific questions for who I would start.