The NFL is back! Is it finally LaViska SZN? @tristancook_ is here with the WR start/sits for week 1! 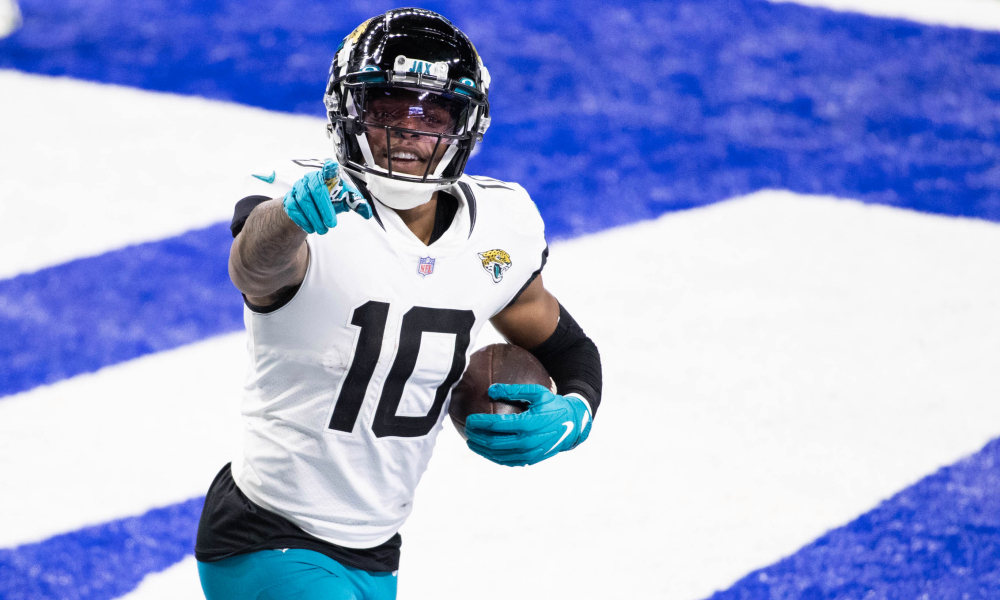 My first ‘start’ of the 2021 season is a guy who is seeing his first on-field action since the beginning of the 2020 season. Courtland Sutton was poised to have a big year last year, but suffered a shoulder injury that kept him out of the opener, and then tore his ACL in his first game back.

Now, after a full year to recover, and a quarterback change in Denver, Sutton is a prime candidate to bounce back and have a good year. I think it will happen and it will start this week against the Giants. New York doesn’t have a secondary that particularly worries me, and Teddy Two-Gloves should be more than able to support Sutton. I would expect a much higher finish than WR 35 this week.

Next, I am starting LaViska Shenault in every opportunity that I get. He had a solid, but unspectacular rookie year with 58 catches for 600 yards and 5 TDs. But, my reason for optimism this week and this season is due to the Urban Meyer offensive system and his role in it.

We still don’t really know how successful Urban Meyer will be in the long term. But, against the average (at best) defense that the Jaguars will be facing off against, I expect Shenault and the offense to move the ball successfully. I think TLaw will be getting the ball to Viska early and often on Sunday.

My next ‘start’ is JuJu Smith-Schuster. He was the best Steelers WR in fantasy in 2020, but is rarely viewed as such. JuJu was one of the players that found his name as a ‘start’ the most times in 2020. And, if he continues to be ranked low each week, he will probably be on here again a lot this year.

There are two reasons for hesitation with JuJu that are worth noting. First, is a more season-long issue, and that is that his aDot and yds/rec are not particularly high. He had nearly 100 catches but only 831 receiving yards. But, in PPR formats he’s still incredibly undervalued because he’s not putting up the numbers from previous years. The other concern is the Buffalo defense. However, I expect Ben to want to get rid of the ball quickly, so I think JuJu will see a heavy dose of targets.

My final ‘start’ for this opening week is another player that seems perpetually undervalued, and that is Tyler Lockett. He is coming off of his best season in all major statistical receiving categories. Lockett is in the middle of his prime. And, he is on an offense that has increased its number of passing attempts over each of the last three seasons.

Tyler Lockett was a mid-range WR1 last year, and finished less than 6 points behind teammate DK Metcalf. However he is routinely overlooked. So, similarly to the aforementioned JuJu Smith-Schuster, as long as Lockett continues to get undervalued, I’ll promote him as a viable starting option.

My first ‘sit’ for the 2021 season is Bears’ top WR, and former Penn State Nittany Lion, Allen Robinson. There’s no doubting that A-Rob is an extremely talented WR. We’ve even seen him overcome poor QB play to produce good fantasy numbers. However, I am not particularly confident this week.

There are two main concerns that I have. First, and foremost, this matchup is one of the toughest you’ll find in the NFL. Robinson will be facing off all day with one of the best corners in the NFL in Jalen Ramsey. We have seen some teams be able to scheme open their top WR against Ramsey in the past. But, there’s no arguing that this is going to be a tough assignment for A-Rob.

Not only will this be a tough matchup, but to count on A-Rob to overcome both Jalen Ramsey and being thrown passes from Andy Dalton seems like a tough ask. If you have A-Rob, it may be incredibly tough to sit him in week 1, but if you have a viable option I’d do exactly that. At the very least, temper your expectations.

My other ‘sit’ this week is sophomore WR for the 49ers, Brandon Aiyuk. He doesn’t actually have an incredibly difficult matchup this week against Detroit. But, I’m still not particularly confident in Aiyuk. We don’t know what to expect from the 49ers offense with Kittle, Deebo, and Aiyuk on the field at the same time. So, counting on Aiyuk to be a WR2 in week 1 seems like a risky proposition. Furthermore, it seems like an unnecessary proposition when you look at the names that are ranked below him. There are plenty of other names I’d prefer to Aiyuk this week and until we get clarity on this situation. In fact, three of my ‘starts’ are ranked in the 30s, and I’d prefer all of them.

That’s it for week 1, feel free to reach out to me on Twitter (@tristancook_) if you have any specific questions for who I would start. There are also weekly office hours in the Facebook group and on Twitter each Sunday morning before the early games kick-off. Also, are you interested in joining the #NerdHerd? Use the code “tcook” for 15% off any membership. Sign up here and get an edge on all of your league mates today! You can get access to the DynastyGM tool (including our Trade Calculator and new Trade Finder), the Prospect Film Room, an extra weekly podcast, full rankings, and much, much more!