Sleeping on Sam: The case for Sam Darnold

Sam Darnold came into the league with huge expectations but hasn’t quite lived up to them through his first two seasons. We talk about why it’s still too early to give up on the young franchise QB. 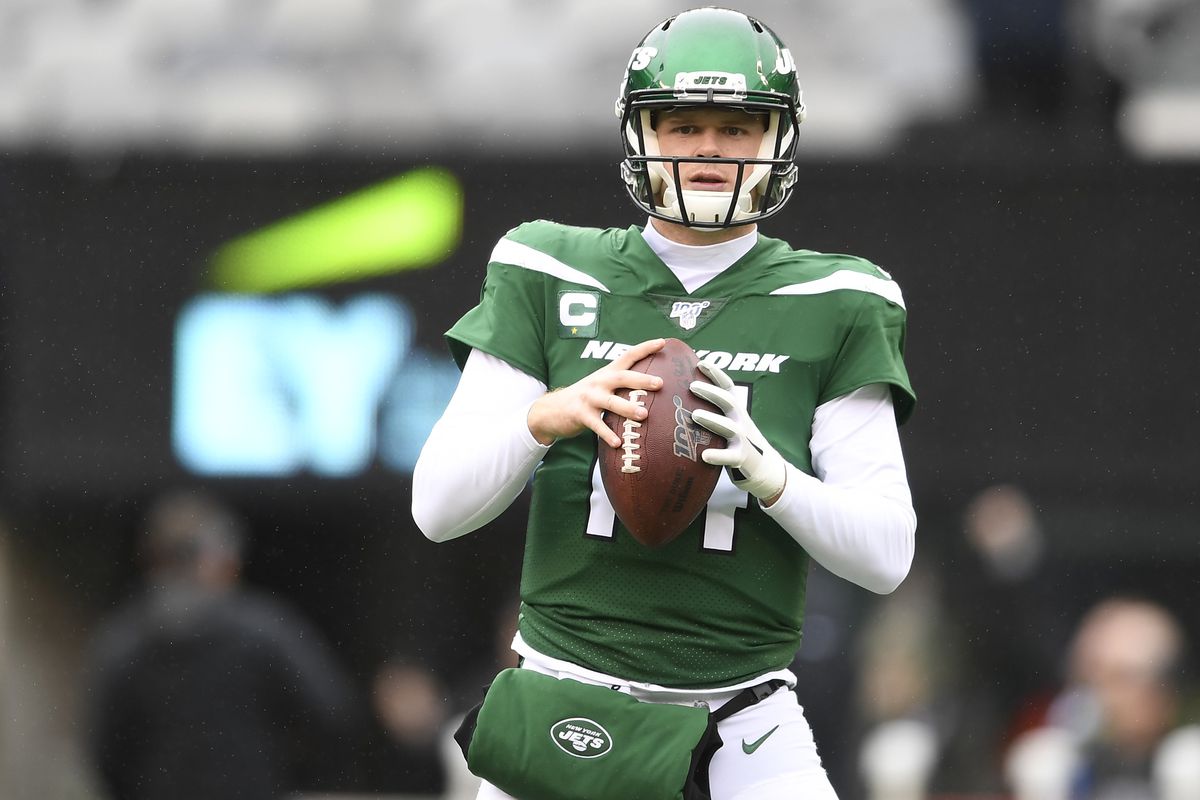 In Dynasty, especially Superflex leagues, you want young QBs to bolster your roster to compete for the future. Sam Darnold hasn’t had the start to his career that some expected, but it’s too early to give up on him. At just 23 years old, Darnold has elite fantasy upside. He’s currently the best bargain in dynasty leagues at his current QB17 ADP. Let’s dive into you should be acquiring him everywhere you can.

Sam Darnold was selected with the 3rd pick of the 2018 NFL draft out of USC. Over his first two seasons, Sam Darnold has thrown for 5889 yards, 36TDs to 28 INTS, while completing 59.9% of his passes. These aren’t eye-popping numbers, but context is important. In his rookie season, he became the youngest QB in NFL history to start an NFL opener since 1970, and the second youngest QB to ever start a game.

Battling an ankle injury in his rookie season, Darnold missed three games. In 2019, Darnold’s season was derailed early due to him getting Mono, which caused him to miss three games. He enters his 3rd season at just 23 years old and won’t turn 24 until next June. For comparison, the number 1 overall pick of this year’s draft Joe Burrow will turn 24 in his rookie season. In fact, Darnold is younger than 5 of the 13 QBs selected in the 2020 draft. There is elite fantasy upside in Darnold, and he’s shown it in spurts. It’s only a matter of time until he breaks out and starts putting up consistent numbers.

Protecting Sam has been a significant issue for the Jets over his first two seasons. They have put a terrible offensive line in front of him, which gives him little time in the pocket. This past offseason Jets GM Joe Douglas addressed the Oline in a big way, signing multiple linemen in free agency. Their most important acquisition came in the draft when they selected Louisville LT Mekhi Becton with the 11th pick. Becton looks to slot in as the Jets franchise left tackle and helps protect Darnold for the future. Becton is an elite prospect, standing 6’7, and 364 lbs. He’s a monster and should provide the Jets that much needed stability on the offensive line. Becton should help give the former USC quarterback some time in the pocket instead of running for his life, trying not to get sacked.

The New York Jets recently traded away superstar safety Jamal Adams to the Seahawks and received a haul of draft picks, including two first-round picks, that gives the Jets 4 first-round picks in the next two seasons. If they use those picks correctly, they can be a competitive team come 2023.

Now, I know that’s a huge IF with how the Jets have used their first rounds picks in the past. This can allow the Jets to fully build around Sam Darnold and give him the weapons he truly needs to succeed. This past draft, the Jets brought in a potential franchise left tackle and a very intriguing WR prospect in Denzel Mims. Mims is a very athletic wideout from Baylor they drafted in the second round. Can Mims become an elite weapon and give Darnold that playmaker on the outside that he has yet to have in his career? Time will tell.

The Jets have failed to capture Sam’s full potential; however, now that they have traded Adams, they are in a full rebuild, and the team belongs to Darnold. That’s why now is the perfect time to buy him in dynasty. He’ll never be cheaper!

The Cost of Doing Business

When going after Darnold in a trade I’d be looking to acquire him as my QB2 or even QB3 in a superflex. I’d look to give up a projected mid-late 2021 1st in superflex. I think that can get the job done in most leagues. Another potential option is to flip a guy like Drew Lock who goes ahead of him in most drafts. I have Darnold ranked well ahead of him and you can currently get Darnold plus a startable asset in return for Lock. If you’re drafting in a dynasty startup Sam is an extremely great value. I would start looking his way around round 5 in a superflex startup. Securing the young QB as your QB2 in a superflex is wonderful. This will also allow you to build your team at other positions while grabbing a top 10 dynasty QB in the 5th. I wouldn’t mind coming out of the draft with Darnold as my QB1 but I’d much rather him as my QB2 to give yourself some flexibility.

But What About Adam Gase?

If you have been playing dynasty over the last few years, you know that star players coached by Adam Gase leave a lot to be desired. I believe that Adam Gase has shown with his stint in Miami and one year in New York that he’s just not fit to be an NFL head coach. He is, without a doubt holding back his 23-year-old QB. Gase is frustrating and detrimental to Darnold’s success in the NFL. He’s on the hot seat in New York and if the Jets have another disappointing season which many expect he’ll be out as the head coach after 2020. That’s why swoop in now and buy Sam before it’s too late. Once Gase is gone, his stock will rise.

The bottom line is Sam Darnold will outlast Gase. He’s the Jets franchise QB, and he’s an elite talent. Many dynasty owners have concerns about Darnold. Most don’t want anything to do with Sam after two poor seasons. A lot of those concerns stem from Gase and are warranted.

We’re playing dynasty and if you want to compete for years to come you have to play the long game. You don’t get many chances to buy a 23-year-old franchise QB for cheap. In Superflex, we all know the importance of the QB position. At Darnold’s current price (QB17 ADP), he’s a smash buy. I have him as a top 10 dynasty QB going into 2020. However, you will have to deal with this last year with Gase. If you acquire him now, you will set yourself up great for the future. Young talent rules the way in dynasty. Not many players possess the upside that Darnold has. His value will never be lower, so take the shot and get him on your squad sooner rather than later!

Hit me up on Twitter @andy_buckler if you have any questions or just want to talk some dynasty fantasy football! Make sure you join the #nerdherd for access to our premium dynasty rankings as well as an additional weekly episode of the Dynasty Nerds podcast!

What does a Running Back have to Do?
Hidden Gem: Alexander Johnson