Jacob Eason might be a slow burner for your dynasty squads, but that doesn’t mean there isn’t potential! @FFEvanlution looks at the Colts QB. 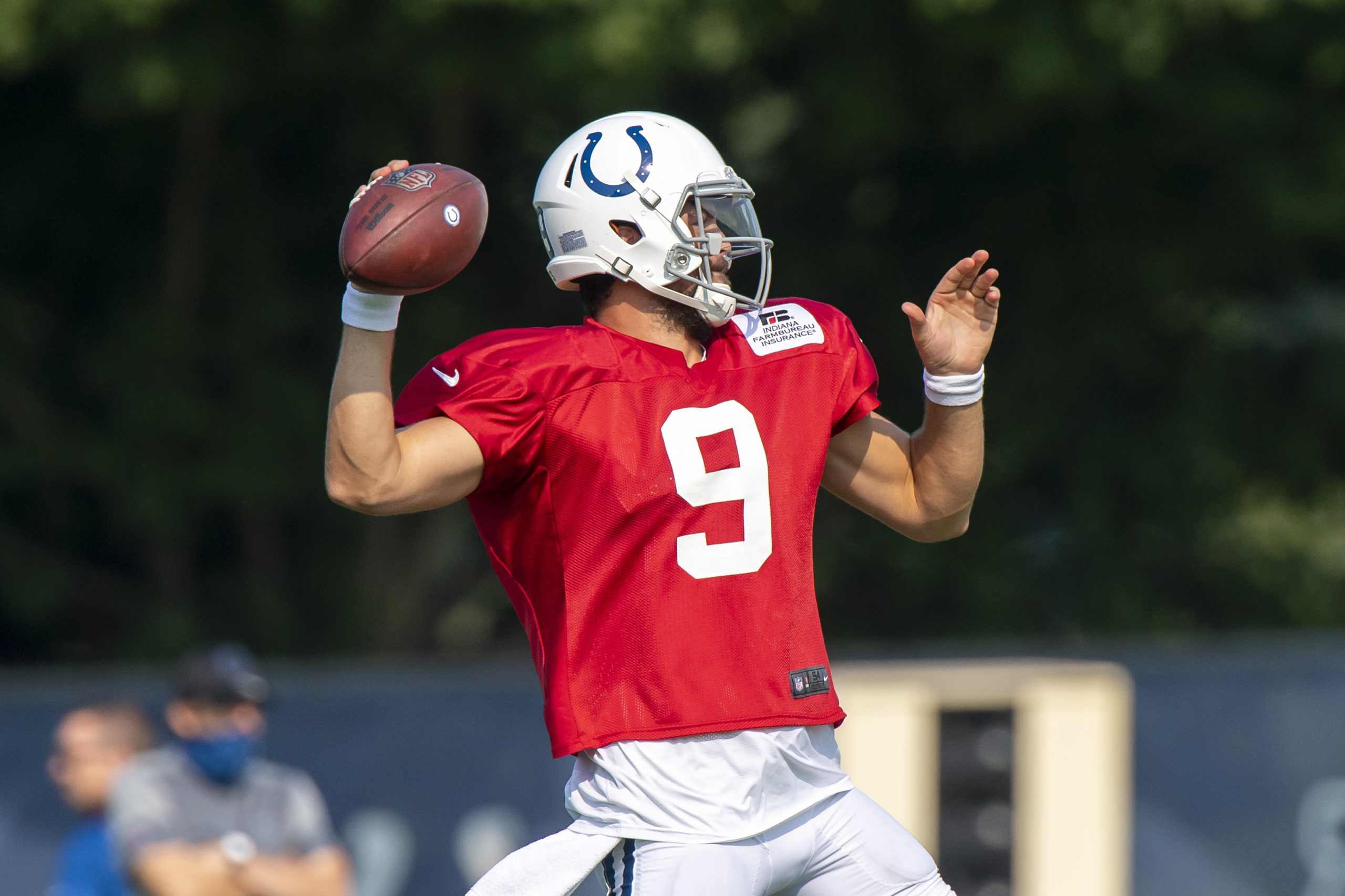 The Indianapolis Colts head into the 2021 offseason with some great pieces on offense (including a very solid O-line), a more than adequate defense, excellent coaching staff, and GM, but a huge question mark at the most critical position, the quarterback.

An interesting predicament! There are several realistic possibilities as far as I can tell for Frank Reich and Chris Ballard this offseason. The Colts have a lot of cap space, so they could afford to splash out to acquire a veteran if they so choose. They could also look to bring back Jacoby on a short-term deal or trade up in the draft if someone they like starts slipping. It’s certainly NOT Eason or bust. However, the young gun is in a fascinating situation, and it’s worth breaking down the range of outcomes for him.

Jacob Eason is intriguing as a prospect. One of the positives about him is that I believe he has high-level upside IF he can correct some of his flaws. He possesses semi-elite level arm talent and velocity that stands out; the dude can launch it! If you watch his highlight reel, you can easily see someone who has the potential to be an NFL level starter.

Considered to have borderline first-round talent, Eason slipped to the third round in the draft due to “character concerns” (specifically around work ethic and attitude.) Everything I have heard from Colts beat reporters suggests that Eason has shown himself to be a hard-working, polite, and smart young player since joining the team. He has made the most of his opportunity in year one and has been continually looking to improve his game. If these reports are accurate, he could turn out to be a steal for the Colts. Focusing on learning and developing for his first year under head coach Frank Reich, who is considered a “quarterback whisperer” and Phil Rivers, a similarly styled “gun-slinger” type of QB, will undoubtedly have helped Jake’s transition to the NFL.

Another interesting turn of events is that the Colts have promoted quarterbacks coach Marcus Brady to offensive coordinator this year. Brady would have been working the closest with Eason last year and is now in a very influential position in the team to help determine Jake’s future. Continuity is always essential in developing a young QB, and with Reich and Brady back again, that is what he has.

There were serious concerns about his accuracy in college and, more specifically, his consistency. Watching some games, it seemed apparent he deserved to be a 1st round talent and then others where you did not think he would even make a practice squad in the NFL. He did not handle pressure well at all and is not a particularly mobile quarterback either.

While Indy’s great offensive line might make the learning curve a bit easier for him, it will still be a big concern until we see evidence he is improving dramatically in that area. The lack of pre-season and game time in 2020 will make it difficult for him to solidify his claim to the backup role, let alone push to be the starter in 2021 for a team built to win now. The worst-case scenario for Jacob would be that he is buried in the depth chart again this season, and whoever takes the reins locks down the starting job and relegates Eason to perennial bench warmer.

Eason is a very polarizing prospect, with some ranking him as high as 4th or 5th in the QB class of 2020 and others as low as 18-20th. His arm talent is comparable to rookie sensation Justin Herbert, and if he does breakthrough, it could be in a big way. The quality of the organization and coaching staff he has landed with is a big positive for him, in my opinion. I believe for Jake to thrive would require a lot of patient and purposeful mentoring to help him overcome some of the flaws in his game.

Thankfully for Eason, I think Indy and Reich might be one of the few situations out there conducive to this type of slow-burn/long-term approach. The team’s overall landscape and the position he finds himself in means his future is very much in his own hands. If reports are accurate and he continues to work hard to develop, he could surprise many people once given a chance.

As far as your dynasty roster is concerned, I am cautiously open to the idea of rostering him. If you are playing in a Superflex league, it’s worth picking him up if he is on the waivers. I wouldn’t be going out to trade for him just yet. Maybe get him thrown into a larger deal and see how things shake out this season. I would be much less interested in a traditional one quarterback league unless it is a 14-16 team league with deep benches.

With the news of Rivers retirement fresh off the press and Jake being the only QB around at the moment, I would hold off trying to acquire just now unless it is off the waiver wire. If a vet gets signed or a non-elite rookie gets drafted, that might be a better time to test the waters. If the long-term starting position is still ambiguous come the regular season, it could be worth taking a shot on him (if the price is right) because if he does pay off, it could be in a big way.

Hit me up on Twitter @FFEvanlution if you wanna chat anything fantasy football related.