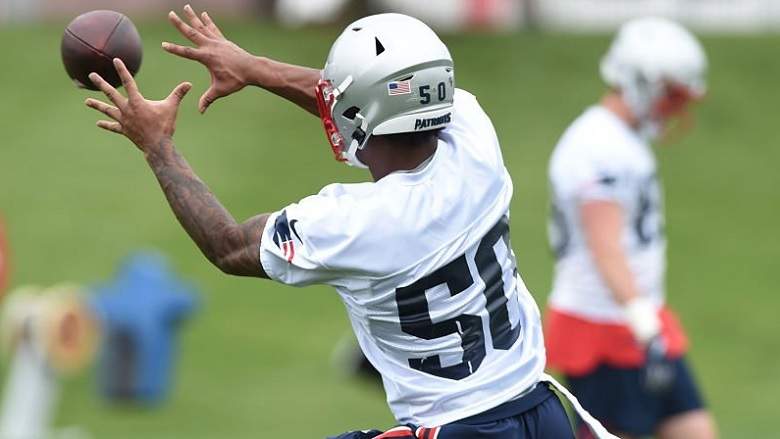 Fantasy football is funny. Sometimes you have to dig deep to find a possible sleeper, and other times you simply just get lucky, having the ability to acquire a good player at a great value. Managing rookie classes can be one of the most important parts of a successful dynasty team. Dynasty fantasy football is so unique because one must have the ability to essentially “predict” 2-3 years into the future. A dynasty player’s ability to know when to hold, when to buy, and when to sell are so much more key than in redraft leagues. One bad move could potentially haunt a team for years.

Personally, I love the draft. One of the biggest reasons why is because every single team offers a different situation for each incoming rookie. Sometimes players land in poor situations, and other times they’re perfect fits, though there are always a bunch of “ok” situations being sprinkled in between. The point is that rookies can be incredibly talented or athletically gifted, but given their respective situations, they can either thrive immediately, have time to be developed, or be asked to do much and not be ready to handle the responsibility. Each and every situation is unique.

After digging through pages of research notes and analyzing their draft/team fits, I believe there to be 3 players who fall under 3 categories: smash, stash, or pass.

A “smash” player is one that will have the talent and opportunity to be immediately fantasy relevant. These are the rookies that should be targeted with some of the highest capital in both rookie and start-up drafts.

A “stash” player is one that likely won’t be relevant right away. They have the talent, yet the opportunity is lacking. So maybe after 1-2 years, this player will have the opportunity to be fantasy relevant and even successful. As was aforementioned, it is a keen skill set to be able to identify these players before other teams in your league. These types of players can usually be had on the cheap and can prove to be fruitful in both your lineup and as a trade asset in the years to come.

Finally, a “pass” player is pretty self explanatory. However, this is a player that is having significant fantasy capital spent on them and also is a player that I personally do not believe will live up to their hype or capital.

There are a number of players who could fit into this category, so it was difficult to pick just one. However, Harry is stepping into an ideal situation in New England. The Patriots almost never spend significant draft capital on the wide receiver position, and yet they selected Harry with their 2019 first-round pick. Harry steps into a Patriots wide receiver room that should immediately afford him the opportunity of being the number 2 option at the position and the number 3 receiving option overall.

With the retirement of stud tight end Rob Gronkowski this past off-season, there is a huge void to fill within the offense. Julian Edelman will be returning to take a majority of the targets in the short-to-middle areas of the field. Harry should enter camp and the regular season as the de facto number-1 outside receiving option, and he’ll have the chance to stretch the field and put his athletic ability and contested catch skills on display.

The team will also be seeking a new red-zone target, as many of those previously fell upon the battered shoulders of Gronkowski. Given Harry’s physical presence as a receiver and his ability to make contested catches, these are situations where Harry could thrive.

Harry’s other notable characteristic as a player is his ability to create with the ball in his hands. His ability to run after the catch is special. As New England’s second receiver last year (and primary outside option when on the field), Josh Gordon averaged 7.1 yards after the catch, according to NFL’s Next Gen Stats. This was good for 9th among all measured receivers. Harry should have plenty of opportunities to make plays during his rookie year.

Most rookie players will fall under this category in some way or another. The key is looking ahead by examining each team’s contract situations at certain positions, the age or performance of those ahead of the player on the depth chart, and the player’s schematic fit into the offense for which they were drafted. Devin Singletary hit the jackpot by landing in a situation where all three of those factors are in his favor.

Singletary was highly productive at Florida Atlantic University (FAU) and compiled a grand total of 4,287 career rushing yards on 714 carries (that’s good for a whopping 6.0 yards per carry if you’re counting). He also showed the potential to be a viable option as a receiving threat out of the backfield by catching 51 passes for 397 yards. Singletary’s one-cut running style was a perfect fit for the Owls’ offense, and it’s no different for the Bills. Offensive coordinator Brian Daboll will most likely run a mix of power and zone blocking schemes, with the latter being the best fit for Singletary. Singletary’s blend of patience, vision, burst, and contact balance will be fun to watch in any offense.

Singletary is going to have to wait to get his opportunity though. Being a 3rd-round pick in this past draft, it’s easy to see that the Bills think Singletary has what it takes to become a successful NFL running back. He is just going to have to wait for the seemingly eternal Frank Gore and injury-prone LeSean McCoy to relinquish those opportunities. The only other threats on the roster would be 22-year-old Marcus Murphy and former Jaguar T.J. Yeldon. Neither of those players come at a significant cost or amount of capital to warrant giving them opportunities over Singletary.

The 36-year-old Gore and 30-year-old McCoy will both be free agents in March. It’s hard to see the Bills making significant commitments to either following this season. Once that happens, I expect the Singletary hype train to be full steam ahead.

Pre-draft social media darling Hakeem Butler has every single physical trait you could ever want in a modern day receiver. When looking at playerprofiler.com, it’s easy to see why Butler’s hype train has seemed unstoppable at times.

However, there is much more to a comprehensive evaluation than just turning on the tape. The situation that Butler has landed in with the Arizona Cardinals is hardly ideal. It could be worse, given that the offense he’s going to be a part of is thought to be a high-flying, air raid style of offense under first-year head coach Kliff Kingsbury. However, there is really little evidence that his offense will be successful at the NFL level. Kingsbury has also stated that his offense will actually be more balanced than his offense was at Texas Tech.

Butler’s path to a fantasy-relevant amount of targets and opportunities is going to be a difficult one. Larry Fitzgerald isn’t getting any younger, so that helps Butler’s case. However, David Johnson is returning at full strength, Christian Kirk and Chad Wiliams are entering their second year, and Andy Isabella was drafted with more significant draft capital than Butler. Veteran Kevin White was also brought in during free agency to round out the receiver room. When healthy, White has the talent to be an impactful player in any offense. Fellow rookie KeeSean Johnson has also been receiving early praise in minicamp and OTAs. Granted, these news cycles need to be taken with a big grain of salt; however, the news hasn’t been as kind to Butler, indicating early struggles for the first-year receiver. At best, Butler will likely be a 5th option in the new Cardinals offense.

When the factors to begin compound, it becomes increasingly difficult to really buy into Butler’s stock, especially at his current price.

‘Why Devin Singletary’
The Card Up Arians’ Sleeve