Is it time to move on from Matt Stafford or time to go get him? @dynsatyjon shows us the path. 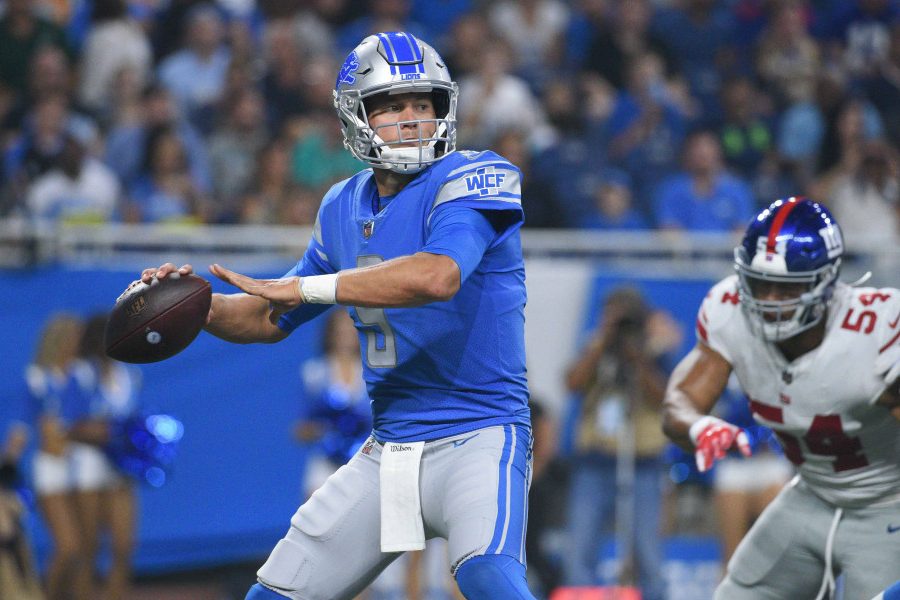 Weighing in at 6’3” 220 pounds, and ranked as the 23rd QB in the Dynasty Nerds QB rankings issss…….Statt Paddford…I mean, Matt Stafford.

In Superflex formats, it’s difficult to find a cheaper QB these days. However, I believe Matthew is greatly underpriced and currently a bargain in Superflex formats.
Between 2011 and 2017, Stafford had 7 straight seasons throwing over 4,200 yards and he also averaged 27 TDs across those seasons. At that point, Stafford’s value was at an all-time high price. Now, after one bad season, we’ve seemingly forgotten what the 31-year old gunslinger is capable of.

It seems as though this narrative that Detroit is now a run-heavy team has tanked his value. However, I don’t think we can simply make that designation. Although Detroit is more likely to have a balanced pass-run offense, they’re hardly going to be ‘run-heavy’. Almost no one in the NFL is run-heavy these days. Every single offense is passing far more often than in years gone by.

I truly believe a bigger factor in Stafford’s down year in 2018 can be attributed to the weapons surrounding him, rather than the coaching staff’s different philosophies. Golladay was dealing with quad and chest injuries most of the 2018 season, Golden Tate was traded away, Marvin Jones was placed on I.R., and their backfield duo of Kerryon and Riddick both missed time. The point is, his targets were severely lacking in quality. There were instances toward the end of the year where his only options were TJ Jones, Bruce Ellington, and Brandon Powell. If you can throw over 4,000 yards with those WRs, then you deserve an automatic berth in the HoF.

Stafford is back with a healthy offense in 2019. Kerryon is healthy, he has Golladay and Marvin Jones outside, and Danny Amendola manning the slot. In week 1, we had a preview of what Stafford can do in a healthy offense once again. Against the Cardinals, he attempted 45 passes, threw for 385 yards, and 3 TDs. In week 2, there were also plenty of positives. Against a strong Chargers team, he completed 22/30 passes for 245 yards and 2 TDs to get the win. With 75 attempts in the first 2 games, they’re hardly phasing him out.

I feel like on any given week, Stafford still has QB1 upside, and has a good shot to finish the season as a high-end QB2. At age 31, he still has quite a few years in the tank, too. Yet, he’s being valued as a low-end QB2. It seems his neglected value is partially linked to the current Detroit coaching staff too. I could easily see the staff being completely turned-over following the 2019 season. Another unsuccessful year for Matt Patricia could lead to a rather quick exit interview. The whole situation reminds me off Matt Ryan in 2017 under Steve Sarkisian, which people classified as a Superbowl hangover, but was probably correlated to the shift from Kyle Shanahan to Steve Sarkisian. Go out and buy Matt Stafford!

Rookies on the Rise: Treasure or Traps?
Dante Pettis: Stay Away or Buy Low?