Stefon Diggs’ Value May Never Be This High Again

Stefon Diggs has thrived since leaving Minnesota and going to Buffalo, @MandrewH_ questions how much longer that success can be sustained. 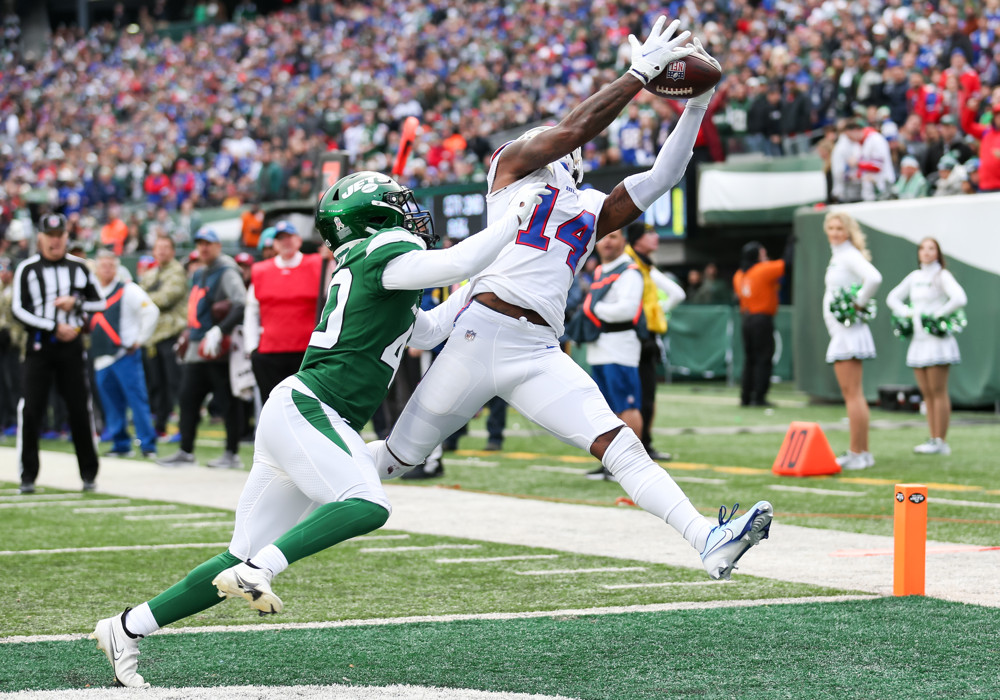 Stefon Diggs has thrived since leaving Minnesota and going to Buffalo. The ride of momentum he has had in two seasons at Buffalo is unmatched. The emergence of someone else, though, may complicate things.

Everyone saw the divisional playoff game between the Chiefs and the Bills. That game is going to be responsible for two things looking back on it, making overtime fair and Gabriel Davis’ breakout. The latter point is the one to focus on here in regard to what could be the end of Stefon Diggs and his wild ride.

Stefon Diggs will turn 29 this upcoming season and normally around 30 we see teams start to evaluate receivers closely. History has shown it can be when some guys take a step back while others withstand. Ultimately the presence of Gabriel Davis is what could heighten those chances.

Stefon Diggs is coming off the two best two years of his entire career. In two seasons at Buffalo, he has accumulated 230 receptions, 2,760 yards, and 18 touchdowns. We don’t typically see this level of production from guys coming into a new system in their first couple of years.

While Gabriel Davis may be emerging, doesn’t mean it makes financial sense for him to be the WR1 for Buffalo. If anything, the team will be taking advantage of the two receivers together. Diggs’s contract makes it difficult to move on from him. His contract doesn’t save the Bills any money until 2025, when Diggs will be 32 years old. If the Bills extend Davis, we may see a permanent drop-off in production from Diggs.

Diggs Can Survive a Split Time-Share but Can Josh Allen Support It?

Diggs Can Survive a Split Time-Share but Can Josh Allen Support It?
Stefon Diggs can from a split time-share in Minnesota, he did just fine. The difference, though, is that offense allowed for that split to benefit all parties. Josh Allen however, has shown that he will feed one mouth plenty while peppering the rest with targets. Yes, Cole Beasley was successful alongside Diggs, but Davis plays a different role. Ironically, the saving grace may be Beasley. With him departing, 112 targets are opening up.

How those 112 targets can split up will be crucial to the team’s sustained success with Stefon Diggs. For me, there are just far too many moving parts to this. The arrival of James Cook and Jamison Crowder may mean there are too many mouths to feed. Diggs’ fantasy value is at an all-time high, and people don’t see Cook and Crowder as issues, but they should. This Bills offense will have a more complete running game this year too.

Adding those extra targets makes me ready to sell my Stefon Diggs shares.