Which WR’s should you be drafting? @RoseCityPeach is back with The Superscore Model to lead the way. 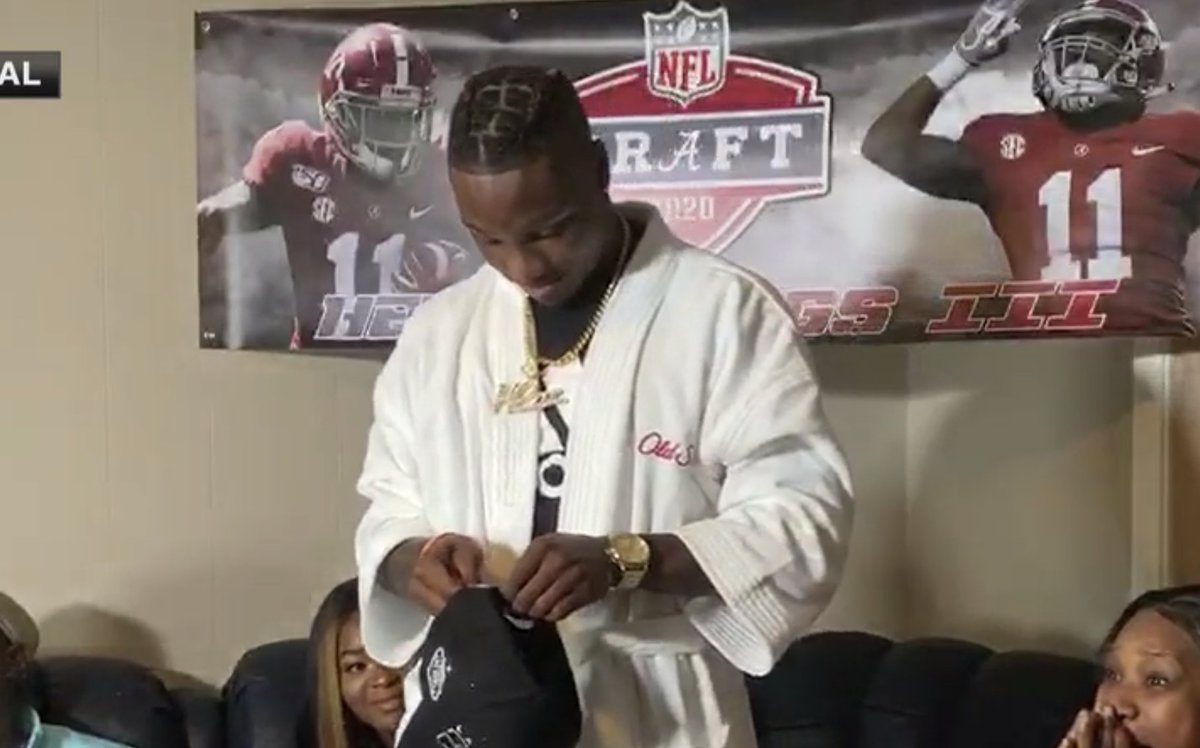 And just like that, we’re back for Year 5 of the Superscore Project. Analysts had anticipated the 2020 rookie class to be an all-timer in terms of top-end talent and overall depth. It is safe to say that this rookie class delivered, with 13 WRs taken in rounds 1 & 2.

In previous years, we have been able to mine talented rookie WRs at the back end of round 1 / early round 2 of dynasty rookie drafts. Based on the overall depth of this class and the number of early-round WRs taken in the NFL draft, a late 2nd / early 3rd round rookie pick has tremendous upside relative to the average rookie class, and I hope you have some extra late 2nd early 3rd rounders! This premise will be supported once we look at who the Superscore model really likes, and where those players are being taken in rookie drafts!

Part of why this draft is so exciting to me is that the model loves Henry Ruggs, the first WR taken in the NFL draft, who is much maligned and is being chosen as the WR4 (after Lamb, Jeudy, and Jefferson). Being able to take Ruggs in the early 2nd round of an SF rookie draft is that sweet spot where we have seen other early year hits like JuJu, Michael Thomas, and Deebo being available. While many cases are being made to fade Ruggs in rookie drafts, having him fall in your lap at pick 11 or 12 in a rookie draft is appealing to me.

A Love for Positionless Players

Brandon Aiyuk is another player with first-round draft capital that is being faded in the dynasty community. Much like Ruggs, having him slide to you around pick 18 of a rookie draft is nothing to be upset about. I have been comparing him to Deebo and was floored on draft day when the 49ers selected him. Essentially doubling down on tough receivers that can make plays with the ball in their hands. While there is some concern about redundancy being on the field at the same time as Deebo, Aiyuk’s opportunity to be successful in the NFL hinged on him landing with a forward-thinking offensive mind, and it’s safe to say that happened.

Chase Claypool is a player whom many are fading. The reason, he is more of a tight end than a wide receiver. I understand the calls for Claypool to be declared a tight end, with his upper percentile height (6’4) and weight (238 lbs). When the Pittsburgh Steelers selected Claypool in the middle of the second round, he was identified as a wide receiver, so that is how he will be included in the model. The landing spot is intriguing as he will likely be competing with James Washington to play outside opposite 2019 rookie sensation Diontae Johnson (his 59 receptions lead all rookies), with JuJu handling the slot. With rumors of the Steelers potentially letting JuJu walk after the 2020 season, there is a tremendous upside to taking Chase Claypool in the EARLY/MID 3rd ROUND.

For the first time since the 2014 Draft, a team took 2 WRs in the first two rounds. The Denver Broncos selecting Jerry Jeudy  15th overall and KJ Hamler 46th (Jags selected Marquise Lee and Allen Robinson each in the 2nd round).  In terms of pass catchers, the Broncos are now loaded with draft capital with:

The Broncos and the Raiders both appear to be pushing in all of their chips in on offense. Seemingly ready to compete in shootouts with the Kansas City Chiefs. While there are certainly concerns over projected target share for Hamler, it is unprecedented for there to be WRs with round 2 draft capital available in the early 3rd round of rookie drafts.

The 2020 Rookie class has, for years, been built up as an all-timer. With 13 WRs taken in the first two rounds, along with two incredible quarterbacks and many high profile running backs (with amazing landing spots), I think it is safe to say that this draft class has delivered. This class is very divisive, with many fantasy analysts disliking many (all) of the wide receivers mentioned above due to a late breakout age or limited college production. All of these factors are combining, resulting in 2 or 3 WRs that the Superscore Model loves being available around picks 18-23 of rookie drafts. Go out and try to get some of these guys on your roster!

I hope you enjoyed the 2020 Superscore Rookie Report!  Follow me on Twitter @rosecitypeach and keep an eye out for more articles in the future!