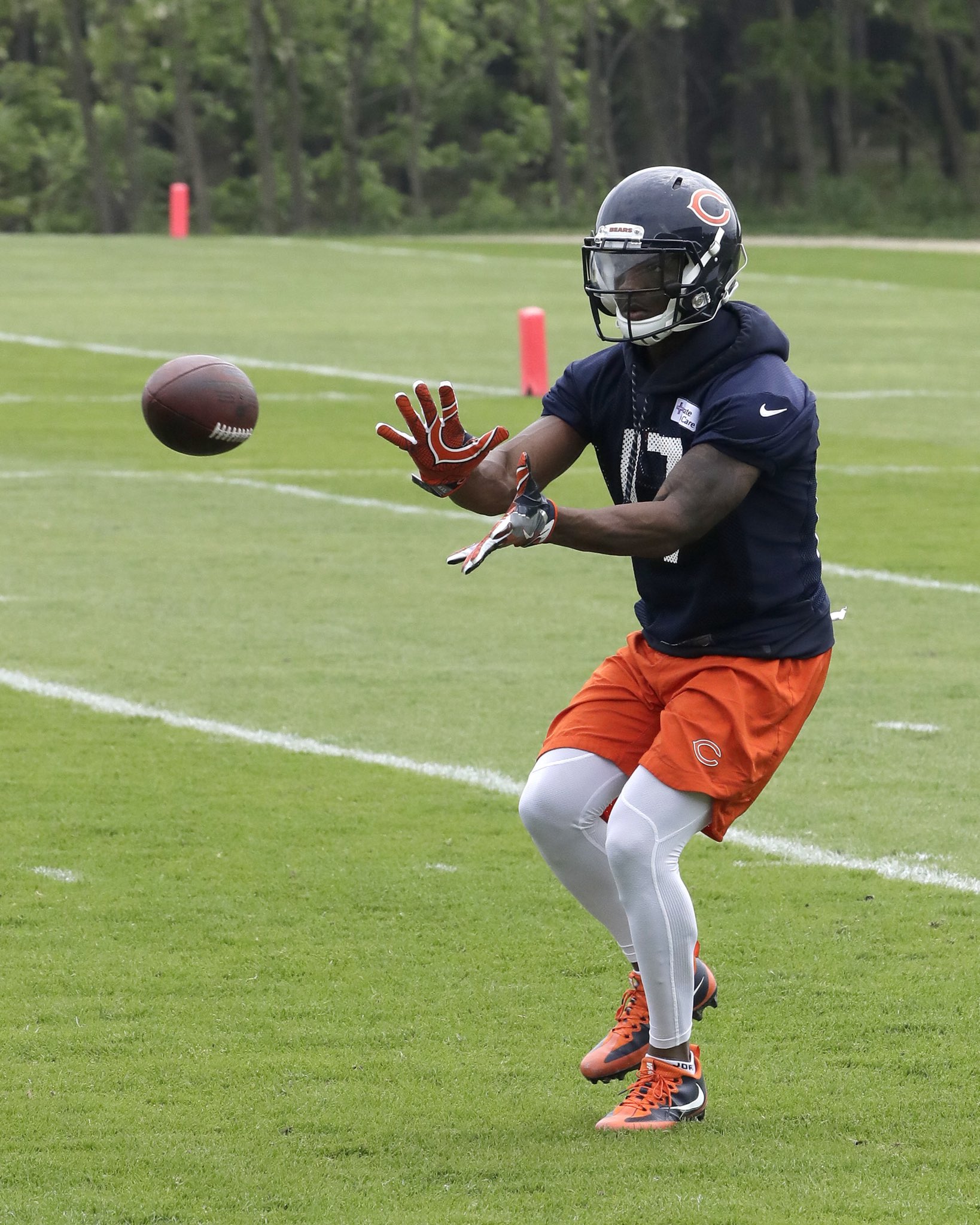 Welcome back all for the third installment of the Superscore Analysis of Rookie WRs! Let’s start out by looking at the past two years’ Superscore Candidates:

Before going into this year’s draft I will explain my method for those who are unfamiliar.  During the summer of 2016, I studied player metrics among highly drafted wide receivers (1st and 2nd round) trying to come up with a way to score them.  I landed on 5 key metrics to use as my variables – Height, Weight, 40 Time, Hand Size, and Draft Position.  The whole theory was built on a Robert Mays article talking about how crazy DeAndre Hopkins is. 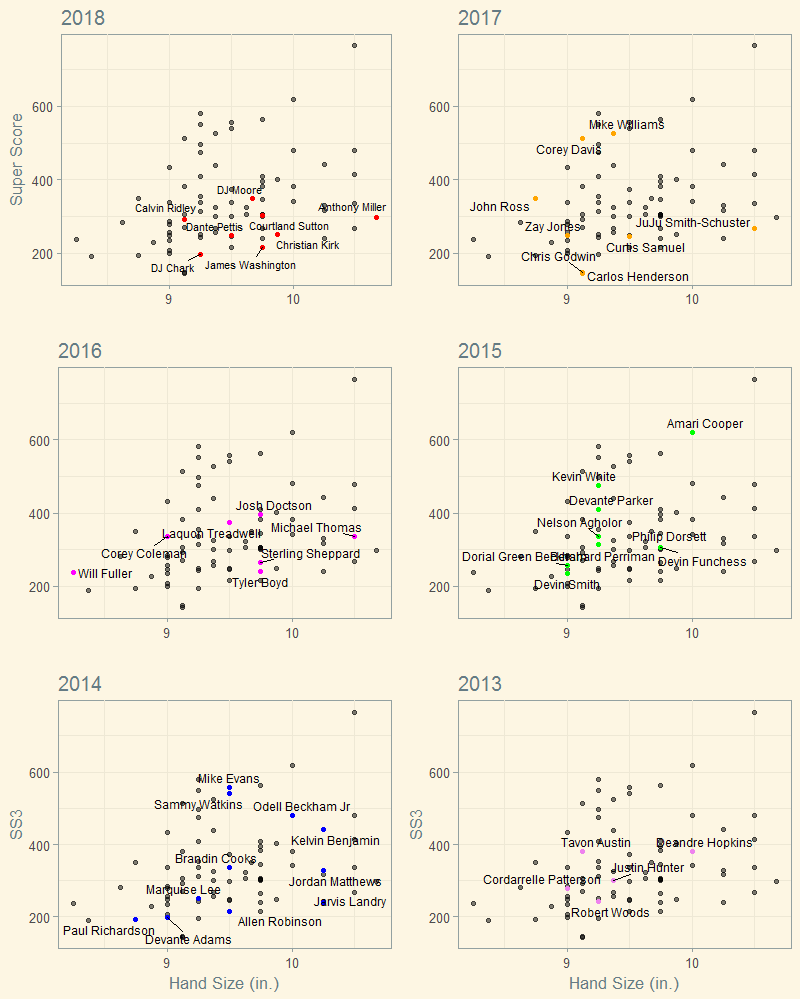 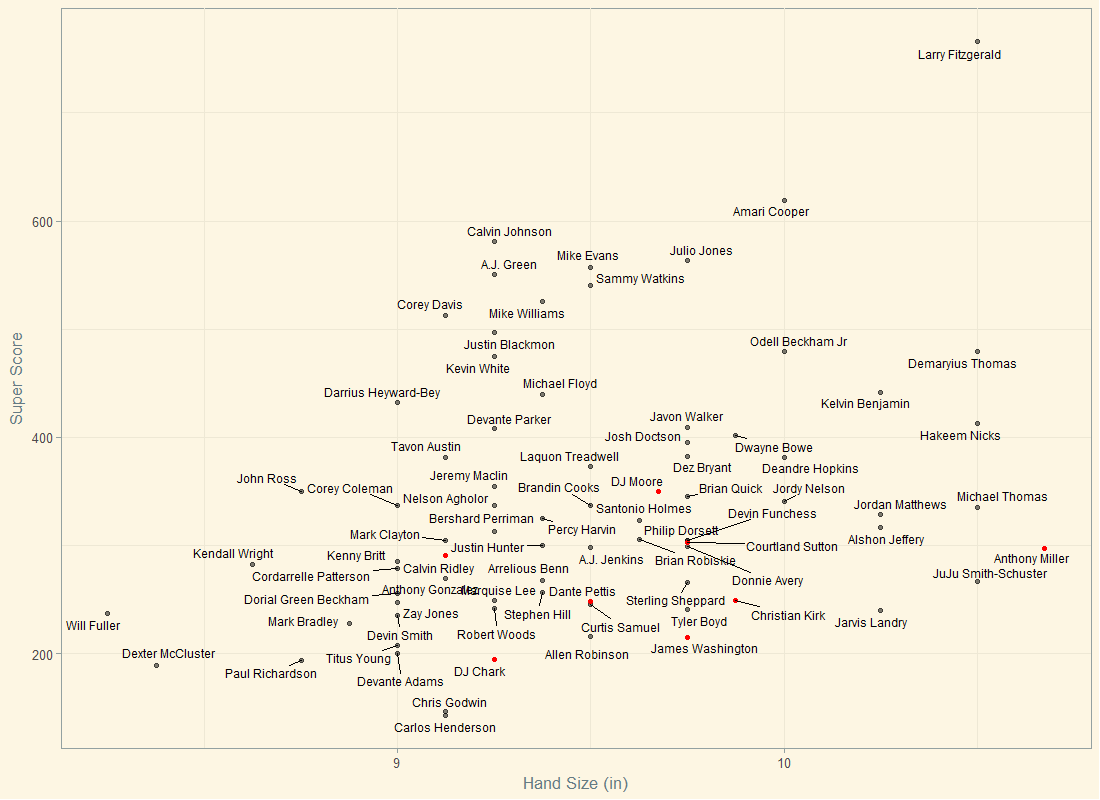 This was someone who did not show up in my 2018 Rookie Preview (done before the draft), as he was not being mocked in the first two rounds in any of the sources I used for my article.  Needless to say, I was blown away when I ran Miller’s numbers and found him to have MASSIVE 10.675-inch hands! Those are the biggest hands for a 1st or 2nd round WR going back to 2002! After watching some of his tape on Youtube I immediately fell in love.  The 2018 Rookie WR class has a lot of different archetypes of receivers, many of which I think will go on to have successful careers – but I am doing everything I can go grab Anthony Miller.  A testament to his big hands is the very first clip NFLN showed after Miller was drafted by the bears, a sick one-handed grab with his gigantic hand.

Of all of the WRs in the Rookie class, Anthony Miller is the guy I absolutely need to have; so get out there, reach for Anthony Miller, and start building your stable of Superscore studs!

Player data prior to 2016:  www.nflsavant.com