There were a few surprises in round 1 of the NFL Draft. @culture_coach takes up through the fantasy previews of round 1. 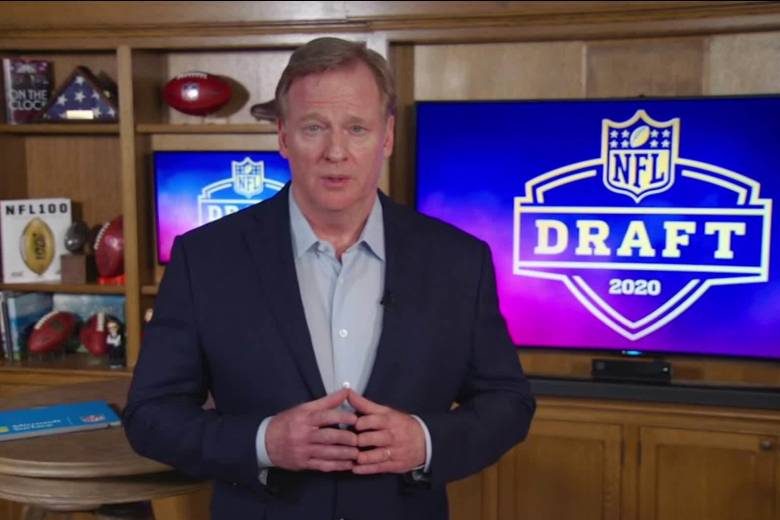 It’s a brave new world the NFL had to navigate. The era of social distancing had teams drafting from remote locations, with executives in different locations. Fantasy players have been doing this for years so it’s no big deal for us. It was thought that chaos would reign as “it’s not the way we’ve done it” mentality permeated NFL front offices. The surprise was really that there were not many issues. The picks though, there were some surprises. Let’s take a look at a few.

Not surprisingly the top three quarterbacks went as expected. Joe Burrow to Cincinnati had been expected for months and the Bengals resisted trade offers. Burrow will slide into the starting role and unless a trade happens, be backed up by Andy Dalton. Burrow will likely be the QB1 in superflex drafts. Except for those stubborn folk like myself who have Tua at QB1.

Miami stayed put at five and grabbed Tua Tagovaola. Tua has made a great recovery from the hip injury that ended his 2019 season. The Dolphins still need to fortify the protection and see how the crowded QB room shakes out with Ryan Fitzmagic and Josh Rosen still on board. Rosen is likely available in trade for a mid/late round pick. The Dolphins may take it slow with Tua to start the year so I’m tempering fantasy expectations to start the season.

The Los Angeles Chargers drafted Justin Herbert to help lead the way into the new stadium and re-establish their fan base. Herbert is big and mobile, a little more accurate and a little less athletic than Josh Allen. This feels like a situation where Herbert rides the bench until Tyrod Taylor struggles of the Chargers are out of the playoffs.

The surprise was the Green Bay Packers trading up from pick 30 to pick 26 to draft Jordan Love. Much to the dismay of many Packer fans who are clamoring for more weapons for Aaron Rodgers. Love is a bit of an enigma. He is athletic and has a good arm, he can be inconsistent though. The situation id very similar to when Green Bay drafted the now 36 year-old Aaron Rodgers as the heir apparent to a 35 year-old Brett Farve. Short of mop up duty or a Rodgers injury Love will not be providing any fantasy points for the next three years.

In what was a shock to many Henry Ruggs was the first wide receiver off the board. Going at pick 12 to the Raiders feels very much a homage to the late, great Al Davis and his love of speed. While our own @DynastyRich has Ruggs as hid WR3, Most had him in the 5-10 range, ranking as the WR9 in the Dynasty Nerds consensus rankings. Ruggs is a speedster with good size, but lacked consistent production in college. The Raiders have a need at wide receiver so Ruggs will get opportunities early.

With Ruggs, who was frequently mocked to Denver, off the board it was time for Denver to pivot. The Broncos didn’t pivot far taking Ruggs teammate Jerry Jeudy at pick 15. Jeudy is a refined route runner who should be a great compliment to Courtland Sutton. With a you nucleus of Sutton, Jeudy, Nosh Fant, and Drew Lock the Broncos are headed in the right direction for fantasy football.

At pick 17 came the first WTF? moment of the draft. The Dallas Cowboys picked Ceedee Lamb. Yep, you read that correctly, the Dallas Cowboys picks Ceedee Lamb. Many, including yours truly, had Lamb as the WR1. The Cowboys grabbed Lamb and added to a strength. With Amari Cooper, an ascending Michael Gallup, and a powerful running game, I wonder if there will be enough footballs to go around. I still love Lamb for fantasy, but until he moves up in the pecking order I am concerned with him getting consistent targets.

There were few teams more in need of a wide receiver than the Philadelphia Eagles. The Eagles WR corps consists of an aging Alson Jeffrey, and oft injured Desean Jackson, former quarterback Greg Ward, and disappointing second-year JJ Arega-Whiteside. The selection was Jalen Reagor. Reagor is a dynamic player who struggled with poor quarterback play last year after busting out in 2018. There will be opportunities for the rookie to step into a prominent role from day one which should bode well for fantasy managers.

Minnesota grabbed Justin Jefferson, the slot receiver out of LSU. This is a puzzling pick for me. Jefferson is a slot reveiver by trade and Adam Thielen is better in the slot than outside. I would have expected a WR more suited to play on hte outside. Jefferson will be battling second year guy Bisi Johnson for snaps and fantasy relevance.

San Francisco traded up for the final wide receiver taken in the first round, Brandon Aiyuk out of Arizona State. Good sized with an enormous 80″ wingspan, you just need to get the ball in his area code and Aiyuk will be able to bring it in. The 49ers will be teaming Aiyuk up with second-year beast Deebo Samuel to give Jimmy Garoppolo a dynamic, young set of wideouts. So long as Coach Shanahan can avoid falling in love with the running game Aiyul should get plenty of opportunities.

Yes, that is correct. Singular, as in only one. A single running back was drafted in the first round of the NFL Draft. There we a couple of nice landing spots for running backs in this years draft. One of those spots is the Kansas City Chiefs. Many fantasy analysts have mocked a running back to KC and Andy Reid did not disappoint drafting Clyde Edwards-Helaire. Now Edwards-Helaire a good back. He has a skill set that fits well in Reid’s offense. It is not out of the question that CEH can put up numbers similar to Kareem Hunt’s heyday in KC. He will have to move Damien Williams out of the way and hold off second year guy Darwin Thompson but I feel Clyde is up to the task.

I’m sure there will be more surprises on day two. This is a deep wide receiver class and many will be picked on Day two. Arguably the top four running backs, Dobbins, Taylor, Swift, and Akers, are still on the board. I’m looking forward to the landing spots and getting ready for my dynasty rookie drafts. How about you?