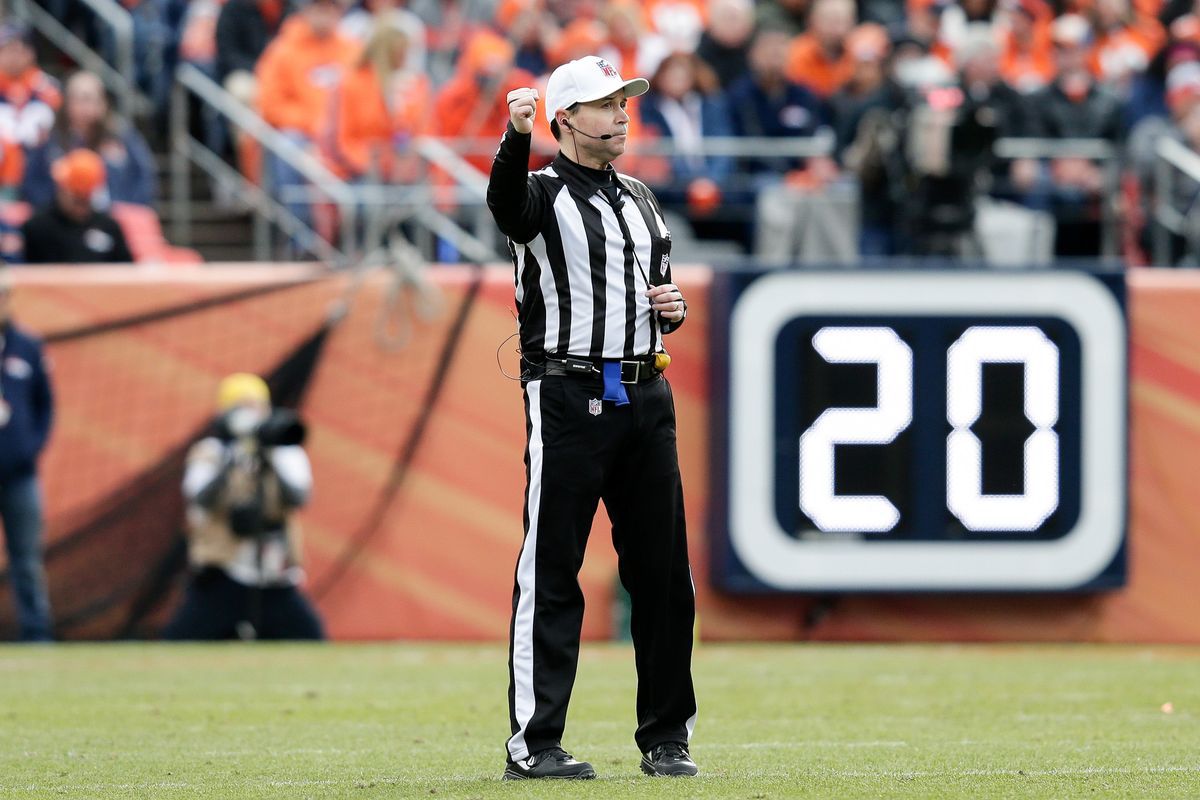 “Opportunities multiply when they are seized” – Sun Tzu

The answers to these questions and the results of the analysis, as you may expect, are somewhat vague and complicated

First, for this article, I have defined a “fantasy applicable play”, simply called a “play” from this point forward, as either a passing attempt or rushing attempt. Second, I used a rather vanilla point per reception league scoring settings to calculate each team’s total fantasy points scored:  4 points per passing TD, .04 points for every 1 passing yard, -2 points per interception, 6 points per rushing and receiving TD, .1 points for every 1 rushing/receiving yard, and 1 point per reception. Finally, these results were calculated from each team’s stats for the entire regular season, week one through seventeen, not simply for a typical fantasy football league’s sixteen-week season.

Let’s first look at the results from the 2018 NFL season. What follows is a chart sorted by the number of plays each team ran, meaning the teams which ran the most plays are listed at the top of the chart.

The Baltimore Ravens ran the most plays in 2018, coming in at 1103 total plays. As you will see later, that works out to be the most plays run by any team in the NFL over the past five seasons. Conversely, the Miami Dolphins ran only 826 plays in 2018, the fewest by any team in the past five seasons. If we use only these two data points, the results are a pretty clear endorsement of our original hypothesis – teams which run more plays generate more fantasy points – despite the Ravens averaging fewer fantasy points per play than the Dolphins (1.2259 for the Ravens, ranking 27th in the league, versus 1.3896 for the Dolphins, ranking 20th), the Ravens out-generated the Dolphins in total team fantasy points 1352.2 to 1147.8.  That’s roughly 12 more fantasy points on average per game over the course of the season.

However, as I said earlier, the results aren’t nearly that cut and dried.

Let’s go back to the beginning of the article. Remember our hypothetical Team A and Team B? The aforementioned Ravens, Team A, ran 1103 plays last year while Team B, the Chargers, only ran 911. However, contrary to our Ravens/Dolphins comparison, the Chargers, despite running 192 fewer plays, easily outscored the Ravens in total team fantasy points, 1499.76 to 1352.2, a pace of roughly 9 more fantasy points on average per game.

Besides the obvious conclusion of “well, the 2018 Chargers had much better skill players on offense than the Ravens or Dolphins, right?”, where then does the truth lie when it comes to the extent fantasy output is affected by the number of plays a team runs?

Even the most amateur of statisticians will tell you that we shouldn’t cherry-pick two or three points of data as we did above to come to any sort of fair conclusion. Therefore, let’s start small and take our chart of data from the 2018 season shown above and plot each team’s total number of plays run versus their total number of team fantasy points.

Seeing the results of every team all at once highlights some of the relative outliers you’d expect – the Kansas City Chiefs had historic fantasy production last year, as did the Arizona Cardinals, only for reasons much less positive. The trend-line you see on the graph is where you would expect each team’s fantasy output to be given the number of plays they ran. To put it simply, teams with good offenses, full of skilled, fantasy productive players like the Colts, Steelers, and Saints lie above the line while teams with poor offenses like the Titans, Bills, and Jaguars lie below it.

Again though, what we’re trying to discover is how much of a factor is the total number of plays run on fantasy production despite how good (or not) that team’s offense is. As you can see in the lower-right corner of the graph, our R-squared value, a number we can use to determine correlation, is .3733, not terrible, but also not very strong. This would give us an R-value, the coefficient of correlation, of .611, which would again only be considered a moderate, not strong, correlation.

Are there other factors related to the total number of plays that show a stronger correlation? In PPR formats, “it’s a passing league” is a crucial narrative that affects scoring. Just how correlated are passing attempts to a team’s total fantasy production?

We find here an R-squared value of nearly .42, even stronger than the correlation above to the total number of plays run, meaning it does seem that we have stumbled upon something important – teams which specifically pass the ball more often, in general, do generate more fantasy scoring production. Makes sense, right? Well, I will note here a “not so fast, my friend”, because we will need to return to this “conclusion” later.

What about rushing attempts? Ah, yes, the analytically-busted myth of “establish the run!” Do our results here match up?

With an absurdly low R-squared of .006, we can convincingly state that there is nearly zero correlation between a team’s total number of rushing attempts and that team’s fantasy scoring output. It’s jarring to see it laid out so definitively, but the results are indisputable. Score one more for the analytics guys!

What about a team’s pace, i.e. the number of seconds per play in neutral-game situations?

(Thank you to https://www.footballoutsiders.com/stats/pacestats for this data.)

As with total plays, we see somewhat of a correlation here, but it’s not as strong as we’d like, and not as strong as we saw with passing attempts. Of course, throughout all of the above, we only looked at data from a single NFL season. What happens to our results when we look at five years’ worth of data?

First, let’s start with the data for our original hypothesis involving the total number of plays a team runs.

With an R-squared result of .3325, the results here seem to hold true to form when compared to the .3733 we determined from only the stats from 2018, meaning – is there a correlation here? Yes, there seems to be, but it is relatively moderate. More importantly for our fantasy football needs, given that the total number of plays a team will run in any given season is typically hard to predict, you should keep these results in mind, but not rely solely upon it. This study was broad and did not focus at all on the individual snap counts or target shares of particular players on these teams. Should you ignore or fade individual players with high-end fantasy production only because they start for teams that play at a slower pace? In my opinion, this data tells me, “no.”

That said, with 160 total data points (all 32 NFL teams over five seasons), you can see in the charts below that 7 of the 10 top teams in total fantasy points over the past five years were in the top 30 in total number of plays, while 7 out of the 10 lowest scoring were in the bottom 30 in total number of plays. Common fantasy wisdom says yes, you probably would do well by having pieces of the 2016 Saints or the 2014 Colts offenses while you would have wanted to mostly avoid players from the 2018 Cardinals and Dolphins. However, despite that lack of play volume, you could have still rostered and used productive individuals like David Johnson, Larry Fitzgerald, Albert Wilson, or Kenyan Drake from those low-volume/low-power offenses.

Let’s now go back to what seemed to be an exciting conclusion we reached about the number of passing attempts a team has correlating even more strongly to fantasy production than the total number of plays. For the most part, we do know which coaches, teams, and quarterbacks historically like to throw the pigskin out of the football, so if this result holds, it would be very notable.

Unfortunately, what we saw using only the stats from 2018 did not hold up as well when we factored in the data from prior seasons, reducing our R-squared value from .417 all the way down to .2794. This result is not a complete death knell to the idea, but it certainly did not remain the strong correlation we were hoping for. It would be noteworthy, however, if 2018 ends up being the start of a trend and not just the aberration it currently appears to be. Perhaps these results will be something we revisit at the end of the 2019 season.

Taking this idea one step further, knowing we determined that rushing attempts did not correlate with a team’s total fantasy production (and although I did not use the graph here, yes, the data from five years indicates this even more strongly), what about the teams with a high pass-run ratio? Again, this is mostly knowable data before a season given coaches, personnel, schemes, and so on, so if the results were to show a correlation, it would be significant.

As before, unfortunately, the data doesn’t work out to support this hypothesis. To be honest, the extremely non-correlative result here surprised me, given the vast discrepancy in the correlation between passing attempts and rushing attempts. Working with numbers often provides more frustrating disappointments than it does wonderful “Eureka!” moments.

Keep in mind, this was all only a very broad look at team fantasy scoring output, not the output of any particular players on those teams. Predicting a player’s relative volume on a team is a bit easier than predicting a team’s volume from season to season or even game to game, and it’s also much easier to predict a player’s volume than the parts of football with a higher variance – such as scoring touchdowns, for example. It’s also worth mentioning that on any given week, the play counts for one team’s offense can be dictated by the pace and play count of the other team, making this information even more difficult to predict from week to week.

Where do these results leave us? How actionable is this information? It is perhaps more useful for setting your weekly lineups than actual dynasty roster construction or even drafting players, as coaches and coordinators come and go and players change teams. Look for and exploit fast-paced team matchups and games with high over/unders while being wary of starting players against slower-paced teams in likely low scoring matchups. Construct your roster with a dynasty mindset, but set your lineups as if you were a daily fantasy player to get an edge over your opponent.