Thanks for the Opportunity

Gage Bridgford (@GbridgfordNFL) takes a look at a few guys that have a big chance in front of them this season to increase their value due to opt outs around the NFL. 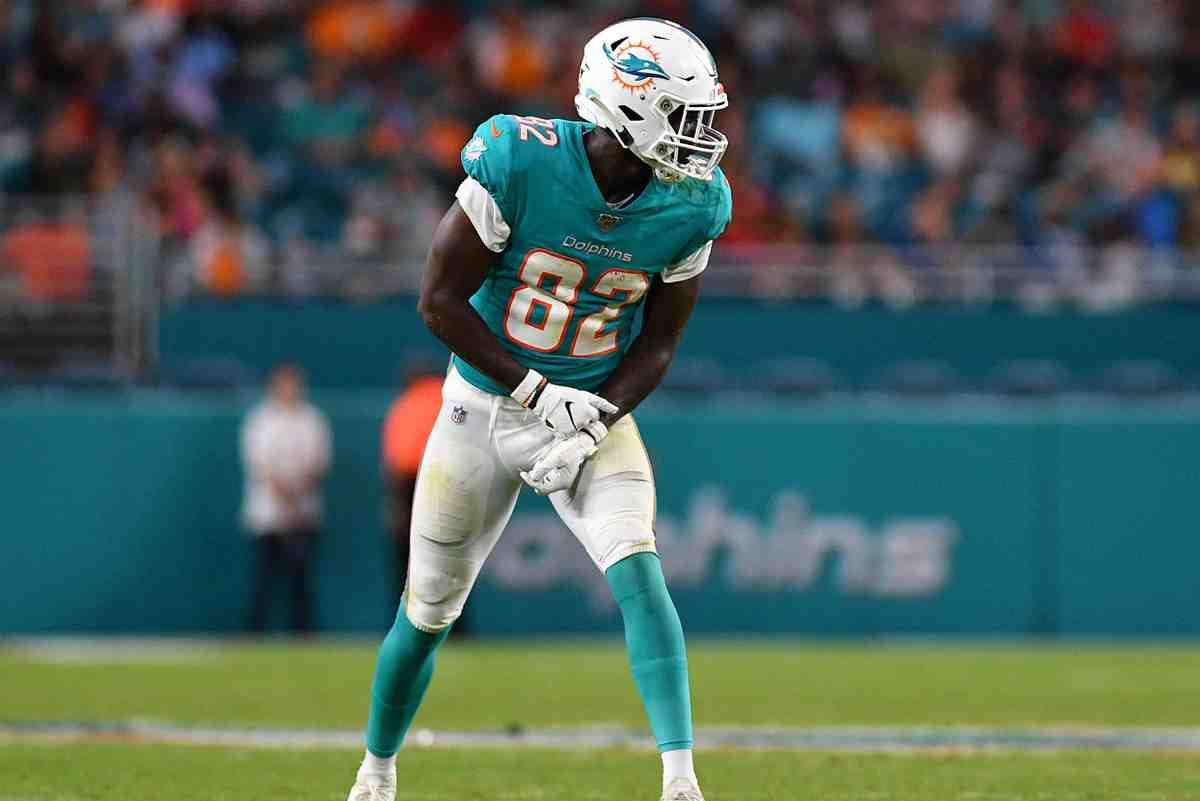 As of Thursday afternoon, the NFL’s opt-out window has officially passed. Sixty-nine total players have chosen to sit out the upcoming season due to their concerns over the Covid-19 pandemic. Other than quarterback, kickers, and punters, every position group had at least one player opt-out of the upcoming season. Some players couldn’t afford to do that, and now is their chance to seize this opportunity to become contributors on the gridiron and in fantasy football.

A player opting out of play is different than an injury, but it’s the same in the aspect that those touches have to go somewhere. They aren’t just going to go into the ether with them. A prime example is Brett Favre during his first season with the Green Bay Packers. He was nothing more than a backup, but when he got his chance to play following an injury to quarterback Don Majkowski, he never looked back en route to one of the most storied careers we’ve ever seen. That’s the opportunity these guys have been presented with today.

Their prices have risen due to the opt-outs that have taken place, but I see them all seeing an even greater price increase as their production takes off. One player I won’t be discussing is Kansas City Chiefs’ running back, Clyde Edwards-Helaire. His price was already high, and, after Damien Williams opted out, it skyrocketed into an insane stratosphere. If you have him, good for you, but we’re shining the spotlight on someone else today.

It’s been a real good week if you own Preston Williams. He was largely viewed as a flier receiver that could maybe give you occasional spot value. After the past week, he’s shot up to give you a legitimate possibility of WR2 or WR3 production. DeVante Parker is playing, but Allen Hurns and Albert Wilson have opted out of the 2020 season. Williams immediately slots in as this team’s WR2 as a result.

At 6’4” & 211 lbs, Williams is the ideal mold for a modern receiver. After going undrafted following underwhelming workouts last year, he caught on early with Miami. He started seven of the eight games he played in prior to tearing his ACL, and he had good production while he was on the field. He caught 32 passes for 428 yards and three touchdowns. While in college, Williams showed the ability to be a force on offense. He had a dominator rating of 45.3 percent, which was in the 91st percentile, and his target share of 34.9 percent was in the 95th percentile. He was his college’s offense.

Williams isn’t going to be a downfield burner, and that’s ok. He knows how to win, which is with his size. In jump-ball situations, he’s going to be bigger and highpoint better than most corners. Otherwise, he knows how to use his body to protect the ball from the defender, as he does in the clip above. 24 of his 32 catches went for first downs last year. As a receiver that I can get for super cheap right now, I’ll take him with the volume increase he’s likely to see all day long.

There were a few different Packers’ wideouts that deserved consideration hereafter the opt-out of Devin Funchess. Funchess signed with Green Bay in the offseason, and he was projected to be the team’s number two opposite Davante Adams. That’s out the window, and I think Allen Lazard resumes that role after the late-season chemistry he showed with Aaron Rodgers. However, who’s taking that third receiver spot? That’s where St. Brown comes in.

Marquez Valdes-Scantling was given every opportunity to take the number two job last year. After catching 38 passes as a rookie, he fought himself all season in 2019 en route to just 26 catches, which was good for a 46.4 percent catch rate. As a result of those struggles, I think St. Brown or EQ, as the Packers’ call him, will get his shot. He missed all of last season with an ankle injury, but a role does exist for him.

One major factor that he has working in his favor is where he lines up primarily. 22.6 percent of his snaps came from the slot during the 2018 season. Allen Lazard saw over 30 percent of his from the slot last season, but he can line up outside with ease as well. Rodgers loves receivers he has chemistry with, and that is true of Lazard. That other receiver spot is a free for all, and EQ has as good a chance as any while being incredibly cheap to acquire.

First of all, if you didn’t make Quintez Cephus a primary draft target based exclusively on name alone, you didn’t draft right. Now, Cephus is in a great position to see his stock rise exponentially over the next several months. As a rookie, he may not see a ton of production, but this is all about projecting to the future. After this season, he is the only receiver that is under contract. Kenny Golladay, Danny Amendola, and Marvin Jones Jr. are all free agents.

As a result of the Geronimo Allison opt-out and Travis Fulgham release, Cephus is the de facto WR4. This is the player we’re talking about as a buy and stash. You can get him as a throw-in piece for a trade or draft him at the end of your rookie drafts. Cephus had the ability to be drafted on Day 2 before poor testing sent him tumbling down draft boards.

Teammate Jeffrey Okudah, who was the first cornerback off the board in April, talked about Cephus’s talent. Despite lining up against guys like Tee Higgins and Justyn Ross, Okudah said he was the best receiver he played against last year. That’s pretty good praise. I tried to get a lot of shares of Cephus, and you should be doing the same.

Follow more of Gabe’s content on Twitter and his articles can be found at here. Have you tried the new DynastyGM tool? For just $2.99/month you can see how your team stacks against your leaguemates, see who would be a good trade partner, and much more.

Buy or Bye: A.J. Green vs. Julian Edelman
Age Ain’t Nothing but a Number