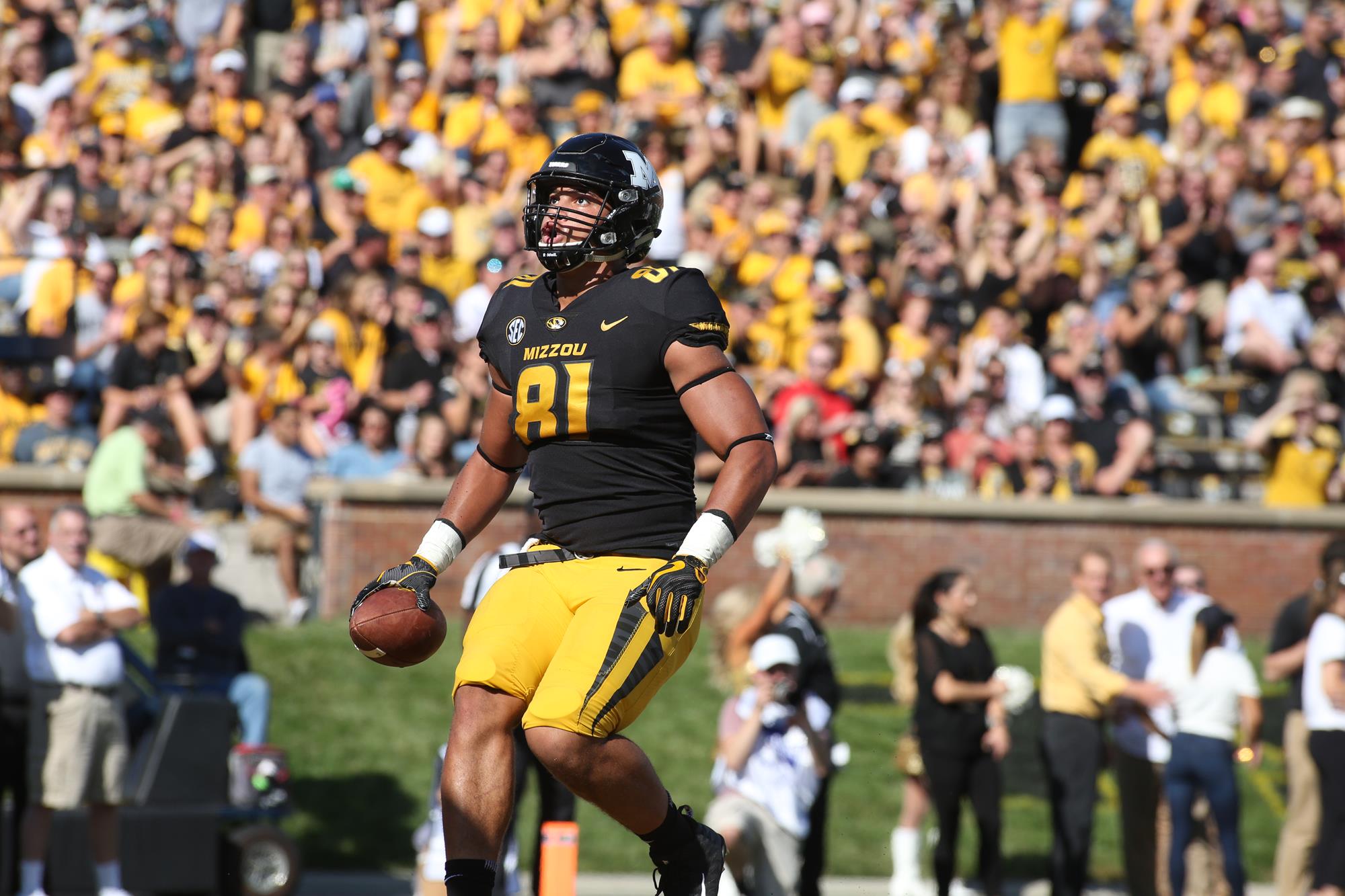 The Tight End position has been decimated in 2019. Father Time has caught up to the likes of Gronk and Greg Olsen. Meanwhile, injuries hit Hunter Henry, Delanie Walker, OJ Howard, and Tyler Eifert (again). If you possess the likes of Kelce, Ertz, and Kittle, you had a distinct advantage this year. There are other prospects on the market like Engram, Njoku, Herndon, Andrews etc, but many dynasty owners are scouring to find a weekly reliable TE going forward.

Although we’re early into the rookie evaluation process, there are 2 main TEs that I believe those requiring assistance at the position will be targeting:

How about that for a name? The 6’5” 270-pound Missouri TE is a mismatch weapon. He’s fast (4.70 expected 40-yard dash), strong, can stretch the seam and box out with ease. He’s going to be one of those TEs catching 20-yard passes over the middle on a regular basis and there are nothing linebackers will be able to do about it. He reminds me of the athletic profile Adam Shaheen had coming out.

Albert has developed a pretty strong rapport with Drew Lock, who is another name to keep an eye on through the draft process. He’s been targeted frequently in the red zone throughout his career and usually reels in anything in his catch radius. A breakdown of his college stats can be seen below:

The 20-year-old redshirt freshman missed the last 3 games of the 2018 season due to injury for what it’s worth. The Mackey award finalist is still undecided on whether or not he’s declaring for the draft. Reports indicate that he keeps swaying on the decision due to numerous factors. His TE coach recently left to join Texas A&M. He got a new QB transferring in Kelly Bryant, and mock drafts have him all over the place. Stay tuned to see whether or not he’s coming out.

This is what you can expect out of Albert O.

Drew Lock to Albert Okwuegbunam. What a throw and catch. #MizzouVines pic.twitter.com/pYzbkcIfEp

Fant is probably the best-known rookie coming out at the position. Praise has been high for a while, after his prolific scoring season in 2017, finding the red zone 11 times. A rundown of his college stats can be seen below:

Fant has been impressive for Iowa following in the footsteps of George Kittle. He’s a ‘do it all’ Tight End. He has impressive athleticism, route running, catching ability and can stay on the field with above average blocking. The 6’5” 241-pound TE announced his intention to enter the draft in November. NFL.com’s Daniel Jeremiah ranks Fant as his 6th best prospect overall in the draft and a 1st-round talent. I fully expect Fant to be sneaking into the first round of Dynasty rookie drafts also as OJ Howard did a couple of years ago. OJ Howard is my closest comparable to Fant. This is what he can do best (YAC monster).

Noah Fant had a knack for huge chunk yardage plays this season, including this terrific 65-yard catch-and-run against Purdue that might have been his best play of the season. pic.twitter.com/Vam0DbhRoa