The Browns take another shot at finding their savior. What does the Stefanksi hire mean for the Browns and for your fantasy squads? 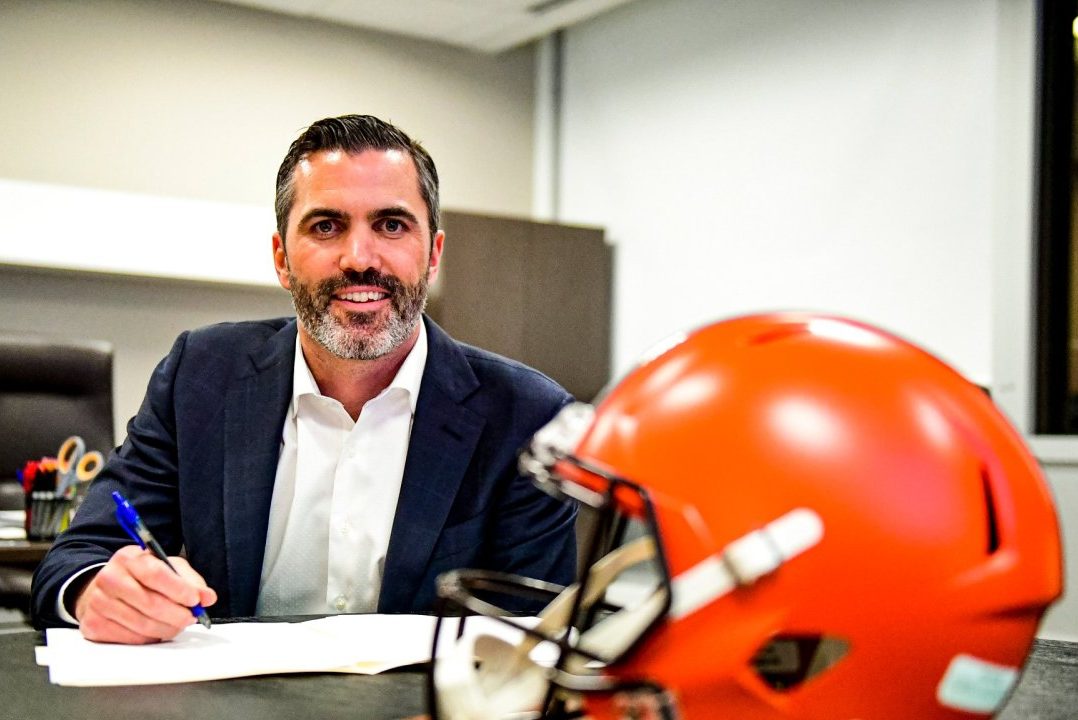 Freddie’s Out of the Kitchen

At 7:52 pm Sunday (the 6th of January) Ian Rappaport reported that the Browns had fired Freddie Kitchens.

For much of December, it seemed that Kitchens could escape Black Monday intact. That changed with Sunday’s loss to the then 1-14 Cincinnati Bengals.  A season that began in an upswell of optimism and playoff chatter ended with a loss to the worst team in the league. The fans booed the team at halftime; Baker Mayfield snapped aggressively at attendees as he entered the tunnel.

The Browns will Brown.

Since the Haslams purchased the franchise in 2012 six coaches have tried to turn this team around. Not one has produced a winning season.

Kitchens’ failure seems especially ripe as he and GM Dorsey were handed a roster led by two consecutive #1 picks (and 4 other recent 1st-rounders) and with a massive war chest. Dorsey used this capital to secure free agents like Jarvis Landry and trade for players such as Odell Beckham and Olivier Vernon.

It wasn’t enough.  Poor coaching, a poorer offensive line, and a regressing Baker Mayfield left the 2019 Browns with just six wins and looking for yet another HC.

The Browns desperately need a coach to step into the organization, command the locker room, and harness the talent of this roster.

Stefanksi was a leading candidate for the Browns job last year, a favorite of Chief Strategy Officer John DePodesta. In what seems to have been a bit of a power struggle, John Dorsey instead promoted Freddie Kitchens from within (rumored to have been Baker’s guy).

It’s too early to pass judgment on this hire, but there are some knee-jerk positives and negatives.

First, Stefanski is known as an analytics devotee. If he genuinely applies data in his coaching decisions and playcalling, it’s a good thing. And he’s certainly had a bit of success with the Vikes.

It’s also a positive that the front office and the coaching staff will now be aligned under one philosophy rather than two warring factions.  It’s the John DePodesta show for better for worse. Hopefully, he will at least get a shot to play out his vision before the Haslams find something else shiny and new.

On the other hand, he fits the surface-level mold of other failed Brown’s coaches, a first-time HC promoted from a coordinator position. This describes the bulk of the Haslam-era failures, as only Eric Mangini and Hue Jackson had previous HC experience.

Many would have preferred to see an experienced culture-builder step into this role.

Stefanski, as most inexperienced coaches,  is going to live or die by his assistants. The early reports on this are encouraging; It’s said he’s targeting SF coordinators Mike McDaniel and Mike LeFleur, both of whom have added their stars to “bright young offensive minds” roster with excellent results in 2019.

Also intriguing is Stefanski’s relationship with Gary Kubiak; it was Stefanski that brought Kubiak into the Vikings organization to help install his zone-blocking scheme.

Personally, I think turning the offense over fully to now ex-OC Todd Monken wouldn’t have been a bad idea, either.

On the other side of the ball, Wade Phillips has been discussed as a potential DC candidate. This would be a great fit- a proven coordinator with HC experience could be of immense help to Stefanski.

What Do We Know About This Guy?

Kevin Stefanski has essentially spent his entire career with the Vikings, working his way up from a variety of assistant positions to replace John Defillipo as OC midway through the 2018 season.

As you can see, all of his time has been spent working with offensive players, the bulk of it with QBs. He survived multiple HC changes (Brad Childress, Leslie Frasier) and worked with a variety of OCs, including Darrell Bevel, Bill Musgrave, Norv Turner, and Pat Shurmur, mostly running West Coast schemes or the Air Coryell.  For the most part these OCs all wanted to run, run, run the ball, though personnel might have affected some of that (most of those years saw a revolving door at QB and Adrian Peterson in the backfield).

An interesting side note- he worked with both Eric Bienemy and Chad O’Shea for years under Childress.

We have a year and a half of Stefanski as OC and a year prior with him as the QB coach on which to take some indication of what might be his inclinations as the architect of an offense.

During his brief time with Stefanski as QB coach, Case Keenum posted or tied his career highs in nearly every per-game statistical measure.

Here’s the numbers, if you dislike graphics:

Of course, there are a dozen confounding factors that could be skewing this data.  Keenum had possibly the best weapons of his career in Thielen, Diggs, and Rudolph, and it’s difficult to say what influence Stefanski had as opposed to OC Pat Shurmur.  But, despite the potential for noise, it’s still worth considering.

There’s a massive shift in passing attempts, passing yards, rushing attempts, and rushing yards, all moving towards rushing volume and away from passing volume- yet point differential and scoring both went up. So, while we may think of a run-heavy offense as largely outdated, in this instance, it was effective.

Here are the splits for Thielen and Diggs over the same time, and for Cousins:

Again, there’s a lot of confounding factors here;  it’s commonly considered that Mike Zimmer’s thumbprint is all over that offense and that Zimmer fired DeFilippo for passing the ball too much.  So I’ll take this data with a grain of salt, but one can’t help but notice that the WR volume was literally cut in half. And yes, this trend 100% carried over into 2019 as well.

Ultimately, we have to assume that Stefanski has taken his ideas on coaching and play-calling from the men he’s worked under for the last 13 years.  That’s very likely going to mean that he’s going to run the ball to set up the pass and then run it some more. It’s mostly worked for the Vikes- they’re winning games- but it’s hurt you if you own Diggs or Thielen.

Here’s the pass % from the past ten years of Vikings teams and the league rank:

Here’s a final data set.  This is the 2019 Viking’s play-calling tendencies.  Check out the most frequent plays; run-run-pass, that’s how we win in 2020, right?

How is This Going to Translate to Cleveland?

Here’s a quick set of data.

So Cleveland threw the ball much, much more frequently, despite Baker Mayfield’s well-documented struggles.

In short, CLE passed the ball very frequently and very poorly… despite having the 4th best Y/A rushing of any team.

MIN hardly ever threw it… but when they did, they were quite effective.

So, in a lot of ways, bringing Stefanski in does make sense.  Use your elite RB to take the pressure off your young, struggling QB, set up play-action, control the ball.  Set up Baker for success and let Chubb run wild.

Sooo… How Is This Going to Affect My Fantasy Players?

Let’s take a look at how some of the Vikings players fared in Stefanksi’s first full season running the offense.

Will this translate to Chubb, OBJ, Landry, and Baker?  Well… Maybe.

In that pass % chart above, there’s that one outlier season- 2018- where MIN had 64.41 % ratio, and Adam Thielen and Stefon Diggs were both fantasy monsters, with Thielen being the overall WR1 through much of the season.  It was partly DeFillipo, but it was also partly the result of an injury-riddled Vikings defense that couldn’t stop anyone, a team that couldn’t win the battle for time of possession.

The Browns defense has a lot of talent, but it hasn’t often played up to the level that the Vikings have.

So while Stefanski will want to run, play defense, and control the line of scrimmage, whether or not he has all the tools to do so remains to be seen.

I am very much not interested in acquiring any of the pass-catchers in Cleveland.

For Baker… well… I think this could be a good thing for his career, if not exactly a home run for fantasy owners.

Remember what folks were saying about Kirk Cousins about 12 months ago?  Pepperidge Farm remembers, and here’s a link in case you forgot:

A year later, people started to bandy Cousin’s name about in the MVP conversation.  The MVP he’s not, but it’s undeniable that Stefanski’s zone-run scheme and frequent play-action put Cousins in a better place… just, a better place that landed him as a middling QB2 for fantasy.

I do think if he helps stabilize things for Cleveland’s offense, it will be a net positive for Baker. He’s always going to have some sneaky rushing upside, and unlikely to have an elite defense behind him, so he could well finish ahead of Cousins for 2020.

…By a 49ers squad couch with one of the most talented defensive rosters in the league and a top-five coaching staff in the NFL.  Shanahan and Co. have been picking teams apart all year, and the Vikings line just didn’t have the tools to keep Cousins upright.

I’m not worried.  Not because of that, anyway.

Fun fact from the Pick-6 Podcast this weekend: In Sean McVay’s last game as an OC his offense scored 10 points. He’s working out pretty well as a head coach.

In the end, I don’t think Stefanski’s X’s and O’s are even the most important aspect of this hire.  He needs to come into Cleveland, set up a good staff, and rebuild the culture of that locker room. The 2019 Browns’ play-calling was suspect, but it didn’t do half the damage that their sloppy penalties, lack of discipline, and obvious discontent did.

As a football fan, I’m hoping for the best.

As a fantasy manager, I’m giving this team a wide berth until I see signs that he’s turned it around.  Except Chubb. Go get all the Chubb, and do it now.