The Curious Case of Jalen Hurts

Examining the reasons why owning Jalen Hurts is a bad idea for long term success. 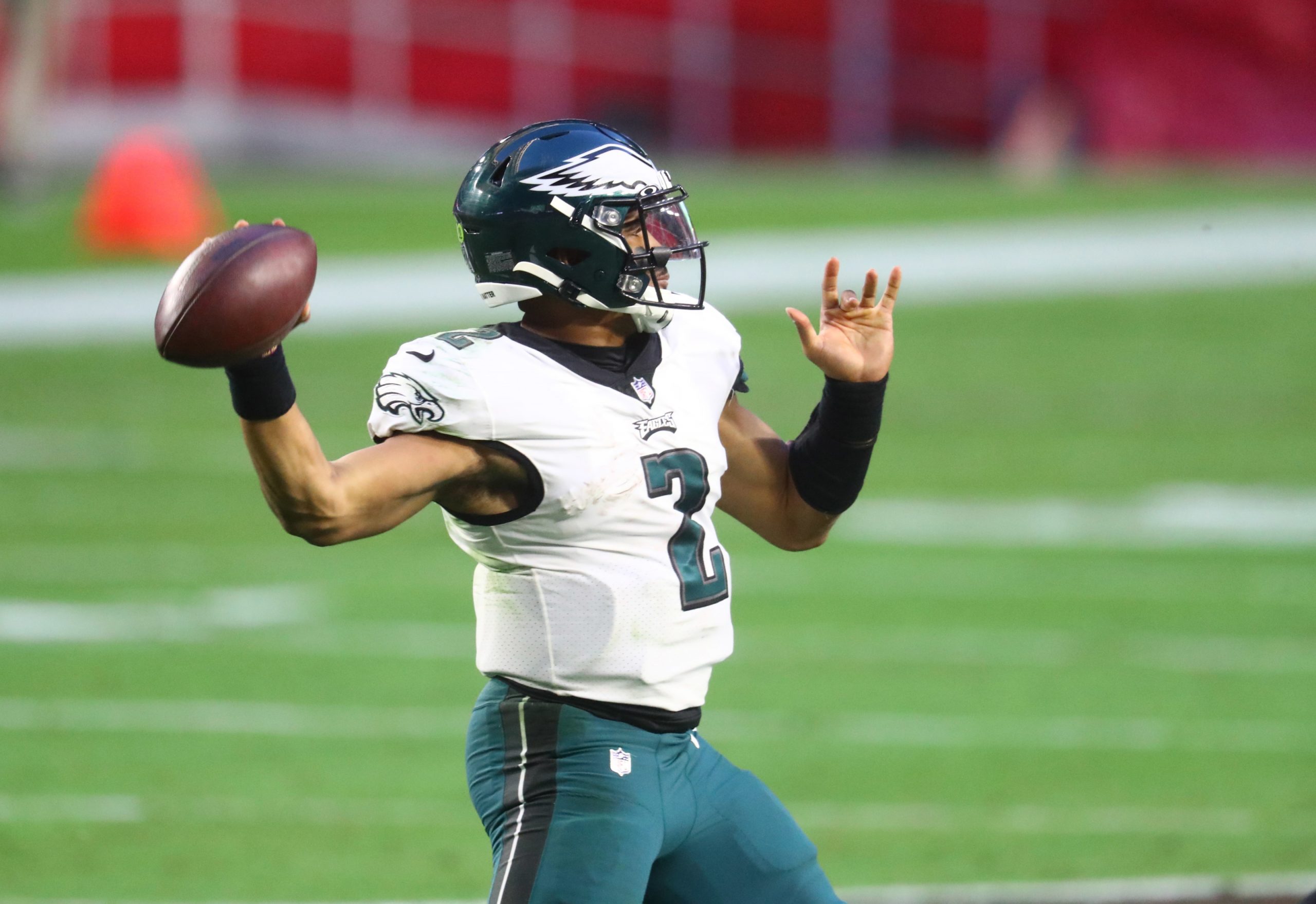 As the 2021 offseason comes to a close, so does one of the more interesting offseason quarterback carousels. As organized team activities end for teams before training camp, I have one question. If you own Jalen Hurts, what did you pay to acquire him? According to Sleeper ADP, Hurts is currently the QB13 going in the 4th round of startup drafts. The cost is relatively high for such a polarizing player.

Before we get into the red flags, I want to remind you why we didn’t draft Jalen Hurts early last year. Hurts started his career out in Alabama playing elite defenses in the SEC. During his two seasons as the full-time starter for Alabama, Hurts completed just 61% of his passes at Alabama. At the end of his sophomore season, he was replaced by Tua Tagovailoa in the national championship. The following season he was unable to reclaim the job his Junior season. Keep in mind that currently, Hurts is being drafted above the same player who replaced him.

The following season he transferred to Oklahoma and put up his best season, throwing the ball for a career-high 3,851 yards and completing almost 70% of his passes. While impressive, many scouts had reservations about the level of competition of the big Twelve as opposed to the SEC. It’s a fair criticism and one that many had before drafting him. Hurts was always going to be a prospect who relied on his legs to succeed at the next level. Despite these concerns, he was drafted in the second round by the Philadelphia Eagles to back up oft-injured Carson Wentz.

Throughout the 2020 season, Wentz was the starter for the Philadelphia Eagles. Hurts was handed the keys to the Chevrolet Corvair Philadelphia offense in the final five games of the season.

During this time, Hurts was impressive for fantasy teams passing for six touchdowns and rushing for another three scores finishing as a QB1 in two weeks from weeks 14-16, the golden ticket weeks of fantasy. While impressive in terms of fantasy, we should still be considering the circumstances surrounding him as a quarterback in real life.

One of the biggest question marks for Hurts entering the NFL was his ability as a passer. Hurts has failed to prove to me he can beat a team with his arm. His completion percentage as a passer was lower than Jamarcus Russel throughout his career. In his first season, Jalen finished completed just 52% of his passes.

Another statistic I judge quarterbacks on harshly is the touchdown to interception ratio. Hurts tossed six touchdowns while also throwing four interceptions. I generally don’t want a quarterback with anything less than a 2-1 ratio. It speaks as an issue as a passer or decision-maker. Hurts was a rookie and could grow as a decision-maker. However, the completion percentage paired with these numbers makes it even harder to see growth from him as a passer. Remember, Hurts was a 3-year starter, and I don’t see his ceiling being much higher than where he is today.

While quarterback wins are not a stat, it is something that will matter for Hurts. He won one of his four starts, and it should be considered his lone win was coincidentally his first start. If Hurts is going to provide weekly QB1 finishes while completing under 55% of his passes, he will have to find a way to win games.

Off the Field Circumstances

Hurts has several circumstances that should give any fantasy owner pause before investing in his profile. Consider that as of today, Hurts is not currently the official Week 1 starter for the 2021 season. While we all know he will eventually be the starter, it does indicate how little of an investment the Eagles truly have in Hurts. Philadelphia has been strongly linked to Deshaun Watson this entire offseason and needs to be taken seriously. While Watson has several personal issues to resolve before playing football again, it is another of how noncommittal the team is to Hurts.

Lastly, the Eagles currently have two first-round picks in next year’s draft class and the potential for a third depending on how much Carson Wentz plays for the Colts. As mentioned earlier, if he cannot win games next season, there will be plenty of options for Philadelphia to move up the draft boards next year and replace Hurts.

It is interesting to see such a high investment in Hurts relative to the risk surrounding him as a long-term NFL starter in the NFL. As teams go on break for the summer, now is the perfect time to look around leagues and divest from Hurts if you’re able to. The stars certainly seem to be aligning for the Eagles to take a signal-caller high in the 2022 draft or trade for a veteran quarterback, should Hurts not improve as a passer. I simply don’t see him taking the next step as a passer and delivering you consistent seasons as a QB1.