Need a boost to get your team back in the win column? Want some tips to maintain your dominance?
Nerd writer @ekballer has the advice you need to win the RB position & own week 4 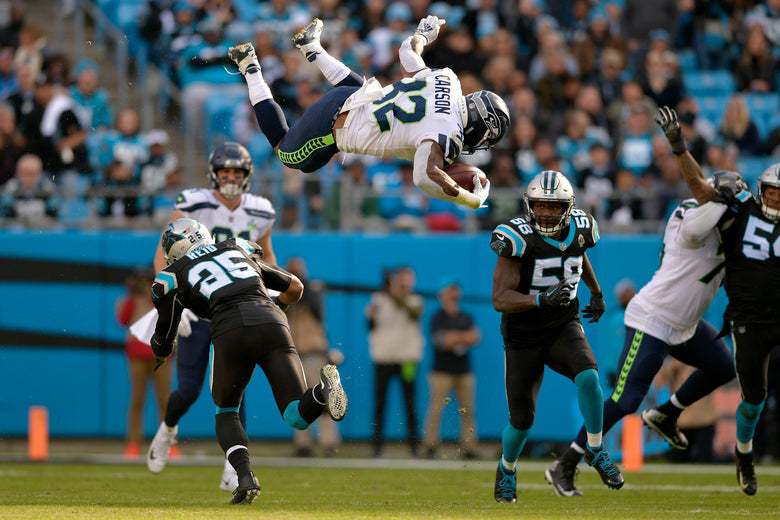 Don’t take these as law. Read the data, understand the context and make the best decision for your roster. Ask questions, my DMs are open.

I sat Fournette last week against the Titans, a sentiment I saw echoed by many. He struggled through three quarters but got it done for you in the end with a long run & six catches.

This week he gets the Broncos. Denver’s D is good, no doubt, but last week they gave up 2 TDs to Aaron Jones- making it 5 ground scores on the season- and let plodder Jamaal Williams pile up 2 catches and 86 all-purpose yards.

The Jag’s run-blocking has been poor, and it’s kept Fournette’s rushing yardage low (just 179 yards across 3 games). And it’s arguable how good Fournette is at this point in his career. But he’s still one of the only true 3-down backs in the league, ranking 5th in receptions and 8th in receiving yards amongst all RBs.

His floor is unimpeachable, and the ceiling games will come. Look for him to find the endzone this week against the Broncos.

I just can’t quit you, Chris.

Carson has put the ball on the ground three times already this year, the most recent being a fumble-for-a-score as part of his all-around terrible, no good Sunday. He was out-snapped by C. J. Prosise, which about sums up his outing.

Pete Carroll once again voiced his support for his lead back, and, with Rashaad Penny working his way back from a hamstring, he might not have much choice. A long-term concern for Carson is reasonable- he might be a good sell candidate if he performs this week- but right now, there’s no other viable option in Seattle.

Carroll doesn’t want Russell Wilson leading the team in rushing, and he doesn’t every week to be a shootout. They’re going to run the ball over 20 times, and those carries will be Carson’s.

He’s a good back. He’s averaged 85.7 ypg over his career. The matchup against the Cardinals is cake- they’ve given up the third-most rushing yards on the season. He’ll get the ball early and often and get back on track with a top-12 finish.

Sick, injured, and overmatched by the Vikings D, Jacobs struggled his way to an RB40 finish for week 3.

Better days lay ahead. A date with Indy has eased the pain for RBs this year, particularly with stud LN Darius Leonard still working back from a concussion. Yielding 5.3 y/a the Colts have been the fourth-most-permissive rush D through three games, even allowing the ghost of Devonta Freeman to get back on track with an 88-yard outing.

Even better, Couch Jon Gruden talked this weekend about getting Jacobs more involved in the pass game, which is what we all assumed he drafted Jacobs in the first round to do. If Jacobs starts the dump-offs from Carr that Jalen Richard got last year, his floor will be solid; if he starts running routes, his ceiling will be impressive.

Look for Jacobs to get back inside the top-15 this week; if the Raiders survive this slug-fest with the Colts, it will be on Jacob’s back.

In week 3 it looked like Sanders was finally starting to live up to the hype, putting up 53 yards on the ground and another 73 through the air. It was particularly exciting to see Doug Pederson splitting his dynamic young back out wide to run routes and seeing Jacobs succeed in that role; Wentz hitting him for 40 yards on a fly route in the 1st quarter was pure magic.

He also put the ball on the ground twice in rapid succession. Not great, Miles. Don’t be a Chris Carson.

This week he gets a much-improved Green Bay defense that’s been lights-out against the pass but gives it up on the ground, allowing the third-most rushing yards so far.

Look for Pederson to give the rookie every chance to succeed in this one as he avoids the talented Packers secondary and tries to keep Carson Wentz upright. If Alshon Jeffery and DeSean Jackson aren’t back, he’s not going to have much choice but to put the game in the hands of his talented young rusher.

Sanders has a good shot to make the top-15 in this one. Fire him up.

Gore came through for you last week, but there’s not going to be a repeat performance.

He gets the Pats in week 4. Through four weeks New England has allowed 110 yards, the stingiest rush defense in football.

Brady & Co should jump out to a lead early in this one; Gore will find himself quickly game-scripted out. Yeldon would be a better option, but you’re better off avoiding any Pats RB matchup altogether if you have the option.

Gurley’s been doing his best to make dynasty owner’s nightmares come true. Three weeks in 2019 he has just 1 TD- a far cry from the 1.4 TDs per game he averaged last year. He’s coming off a lackluster 43-yard performance- during which his demeanor was described by some as “disinterested”- and he’s not likely to get right this week against the Bucs.

While TB is still doing TB things- like getting a delay of game to move them back when attempting a game-winning field goal, and then missing- they’ve been stout against the run, allowing a meager 3.0 y/a. Todd Bowles has fixed that much.

Smart play-callers like the Ram’s McVay will attack this Buccaneers squad through the air, targeting the secondary that just allowed 336 passing yards to rookie Daniel Jones in his first-ever start.

If Gurley has any value this week, it will be in the receiving game, but it’s a dice roll. Look for better options on your bench.

David Montgomery is easily the best back on his team. He’s dominating snaps and carries, and he’s just run for 5.2 y/a this past week.

The problem is this: even this week against the faltering Redskins- in a game with a positive game script from the first snap to the last- Montgomery only got 16 touches. He was consistently finding success on the ground while Trubisky was missing wide-open receivers, but the Bears still had a pass to run ratio of 1.24.

He’s showing the ability to be productive and efficient, but he’s not getting the volume or the scores he needs to be fantasy-relevant. Until we see the play-calling change in Chicago, Monty isn’t a viable starter.

In a week 4 matchup against Vikings team that has been dominating opponents, Chicago is unlikely to see a favorable game script, at least not without a miraculous step forward by Mitchell Trubisky.

Leave Monty on the bench for this week and cross your fingers that Matt Nagy figures this out soon.