The Cutback: Running Back Start/Sit Week 1

Week 1 is here, and @GBridgfordnfl is back to provide you with your weekly starts and sits, and we’re here to talk running backs. 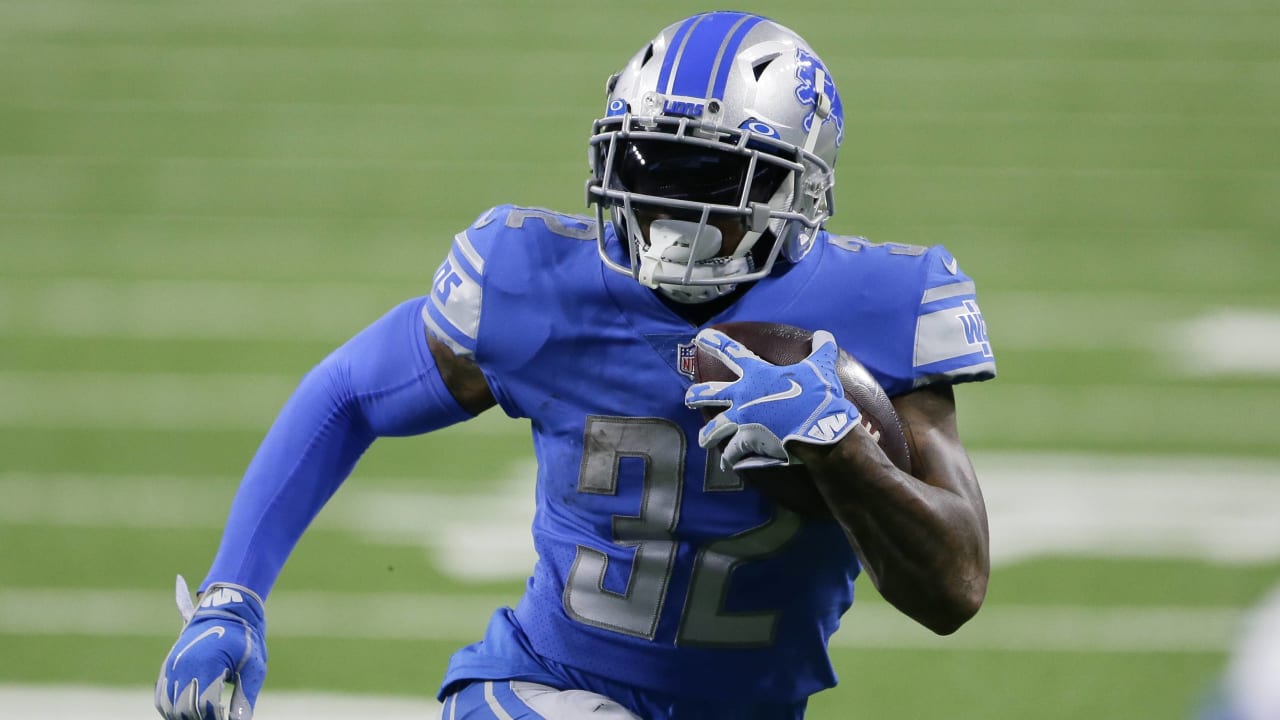 Welcome aboard! Week 14 is here, and the Dynasty Nerds writers are back once again to provide you with your weekly starts and sits.

All offseason, I’ve been hearing how San Francisco 49ers rookie RB Trey Sermon is this and that. But guess what?

RB Raheem Mostert’s still the guy, and, for Week 1, he has the potential to remind everyone just how good he can be.

Over the last two seasons, on 241 carries, Mostert has 1,293 yards for an average of 5.37 yards per carry in the regular season.During the team’s 2019 playoff run, he averaged 6.3 yards per tote. After dealing with some injuries last year, people have forgotten how effective he is when he’s on the field. This game will help remedy that.

The Detroit Lions are in the midst of a total rebuild under their new head coach and general manager.

The Lions ranked 28th against the run last season, and their offense doesn’t appear to be one that will make this thing a track meet. Instead, the 49ers will likely be playing with a lead the entire game.

My second and final start of the week is RB Miles Sanders of the Philadelphia Eagles.

Sanders has been one of the more exciting players to watch this offseason. After being viewed by many as the next big name at the running back position last year, Sanders struggled throughout the season due to injuries. He ultimately ended up as RB23 in PPR formats, and the team went out and added a coach who was coming from a team that had no problem utilizing multiple running backs.

Along with RB Boston Scott, who was already in the building, the team drafted RB Kenneth Gainwell in the 2021 NFL Draft. Funny enough, Gainwell plays a similar style to Sanders, but I’m not worried about either of his backups.

Some have also had some questions regarding Sanders’ quarterback situation this year. Now starting QB Jalen Hurts saw some time throughout the season last year with Sanders.

In the four games Sanders played with Hurts, he didn’t see a considerable drop in production. He saw a slight bump, and that’s all that matters.

Sanders starts week one of the 2021 season against the Atlanta Falcons, who are in year one of the Arthur Smith era.

They have DT Grady Jarrett and LB Deion Jones up the middle, but the Eagles’ offensive line’s in a much better spot this year. All of their starters are healthy from left to right.

Throw in the fact that Sanders is a natural pass-catcher, and you have a recipe for a solid week of production to start the campaign.

Unfortunately for Seattle Seahawk RB Chris Carson and his fantasy managers, it’s unlikely he’ll be starting the 2021 season on a high note.

The Seahawks are finding themselves on the road against the Indianapolis Colts, who were one of the best run defenses in the NFL last season. While the Colts lost a couple of defensive starters this offseason, they made an effort to reduce those by adding first-round defensive end, Kwity Paye.

Throw in development from players such as Julian Blackmon and Bobby Okereke, and this Colts group has the potential for another elite year defensively.

RB Derrick Henry of the Tennessee Titans has been such an elite fantasy option for a few reasons, but one of the top reasons is that there’s little to no competition in the backfield. Carson isn’t working with that same playing field.

The Seahawks kept five running backs on their active roster, and while they may not have all of them active on gameday, there are still a good number of mouths to feed outside of Carson.

Between the tough run defense and other mouths to feed in the backfield, the best way to attack the Colts’ defense is through the air rather than on the ground.

Assuming the effectiveness of the Colts’ offense against the Seahawks’ defense, QB Russell Wilson and the offense will need to air the ball out, which could involve Carson.

However, he doesn’t figure to be compelling enough on the ground to be a high-end starter this week.

Unfortunately for RB Darrell Henderson Jr., his quest to be the clear top running back on the Los Angeles Rams won’t get off to a clean and easy start.

Michel fell out of favor with the New England Patriots due to injuries and inconsistencies. However, he ran well when he was on the field last season to the tune of 5.7 yards per carry. Even if Henderson gets the majority of the work, Michel will see his fair share of touches as well.

It’s worth noting that in 28 career games, Henderson has seen greater than ten carries in ten games. Even with that workload, he only cleared 50 yards five times.

Finally, Henderson’s matchup isn’t the best. The Bears ranked 14th in rushing yards allowed per game last season despite dealing with injuries upfront. Pro Bowler defensive lineman Akiem Hicks played just 74 percent of the team’s defensive snaps, and DT Eddie Goldman, arguably the team’s best run defender, was out for the entire year after opting out due to Covid-19 concerns. Now, both of these guys are back, and they’ll make life tough on Henderson out of the gate.

Lions RB D’Andre Swift is already dealing with an injury coming into the game, which isn’t ideal.

While the plan is for Swift to suit up for week one, there’s no guarantee that he will be playing his full workload against the 49ers. Head coach Dan Campbell is all about biting off kneecaps, but even he would have to admit that risking one of your few bright spots on offense early on isn’t the right call.

That’s especially true when you have RB Jamaal Williams in the backfield.

Despite having Swift in the building, the Lions still signed Williams in free agency away from the division-rival Green Bay Packers. Williams was a victim of the depressed market, as most teams lacked the money to spend. However, he still managed to land a role where he should see consistent touches.

In Week 1, the 49ers should be up big, leading to even more touches for Williams.

Despite a laundry list of injuries to the defense, the 49ers were still one of the league’s better run defenses, as they ranked eighth in yards allowed per game.

The team will be adding back a former Pro Bowler and Defensive Rookie of the Year into that mix.

Despite losing defensive coordinator Robert Salah, this figures to be one of the better run-defending groups in the NFL this season.

Join us at Dynasty Nerds!

Make sure you subscribe to the #NerdHerd, where you get exclusive content, dynasty/rookie/devy rankings, buy/sell tool, and a bonus podcast too. DynastyNerds also recently launched the #DynastyGM tool, which is a complete game-changer in the fantasy industry. Click here for a free trial. We truly are your one-stop shop for all your fantasy football needs!