The Cutback: Running Back Start/Sit Week 16

Week 16 is here, and @GBridgfordNFL is back to provide you with your weekly starts and sits, and we’re here to talk running backs. 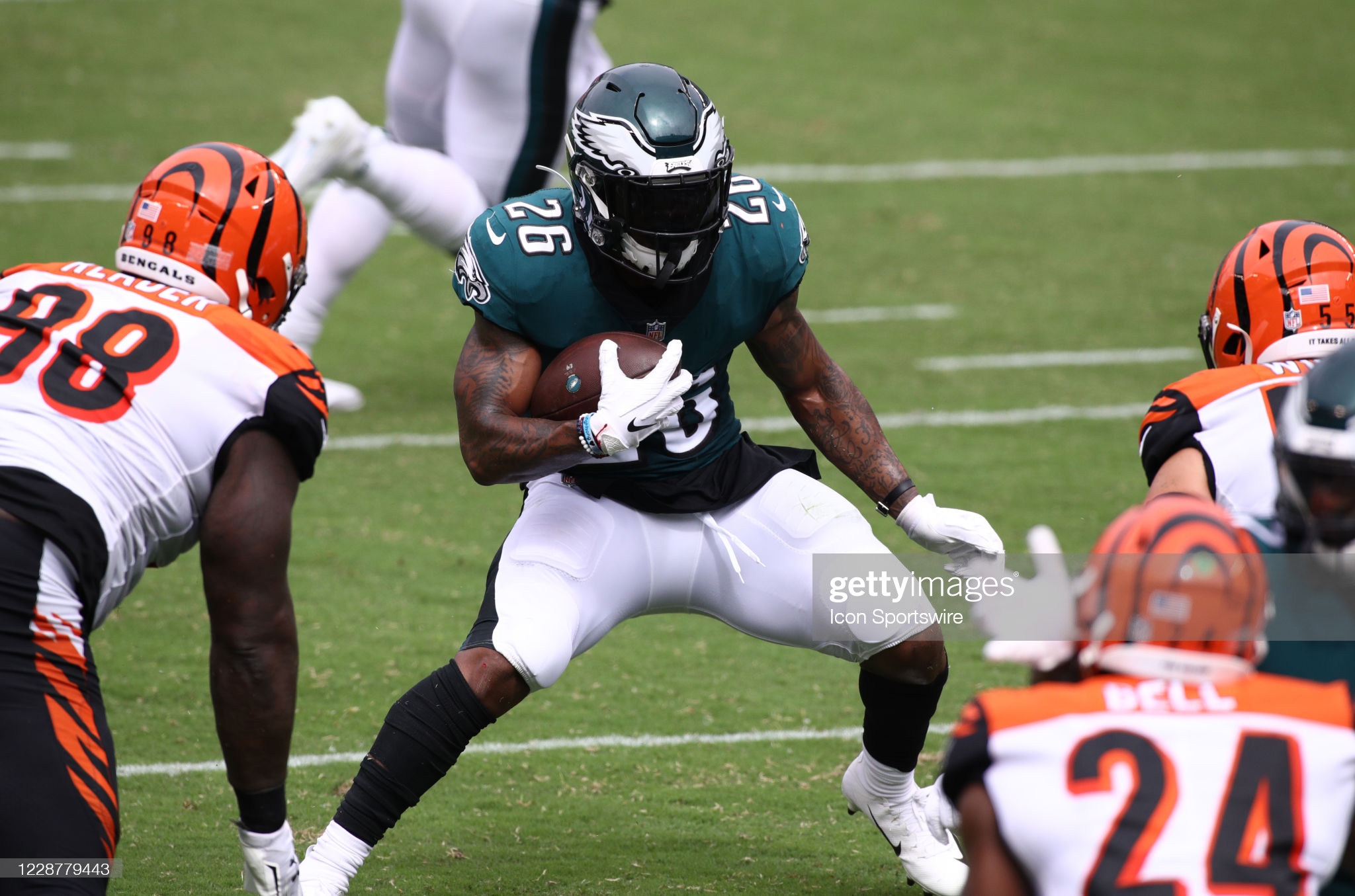 If Mitchell plays, we go 2-2 on the week. As the leading man for the Jacksonville Jaguars, Robinson ran well en route to a top-24 week. It’s magical what happens when you give a good player the ball more.

Mitchell’s replacement for the week, San Francisco 49ers RB Jeff Wilson, ran his way to an RB3 finish for the week. Mitchell, who has had a better year than Wilson, likely would have come away with a very similar performance if he was active.

Dallas Cowboys RB Ezekiel Elliot still didn’t have an overwhelmingly efficient week, but he found the endzone, which was ultimately all he needed to have a top-10 week.

Teammate RB Tony Pollard returned from injury and was more efficient, but Zeke found the end zone to make this play a miss.

Tennessee Titans RB D’Onta Foreman didn’t find the endzone, but he had over 100 yards on the ground while putting up his second-highest receiving yards total on the year. Because, of course, he did.

For the last two years, the Kansas City Chiefs RB Clyde Edwards-Helaire experience has been a roller coaster of highs and lows.

After being a top-10 running back in Week 14, he couldn’t even break double-digit fantasy points in Week 15.

Now, we’re going back to the Edwards-Helair well against a Pittsburgh Steelers defense that ranks 30th by DVOA against the run.

For one, he played 71 percent of the snaps last week for KC. No other running back on the roster played more than 29 percent.

The only problem was he didn’t get into the end zone, and, with the Chargers holding a decent lead, he wasn’t getting an overwhelmingly large workload on the ground.

Against Pittsburgh, this game figures to be a long and drawn-out fight that plays right into him getting more work on the ground.

Even if Edwards-Helaire doesn’t see 25 carries in the game, he has a matchup that he can take advantage of.

Kansas City is rolling right now, as they’ve won their last seven games, and they can take an even larger lead in their division and conference with a win this week.

It would be interesting to see Philadelphia Eagles RB Miles Sanders over the course of the year if he had been healthy and gotten a full workload for the entire season. Sanders has just one game all season where he averaged fewer than 4.0 yards per carry, but he only has three games with 15 or more carries.

Additionally, after scoring six total touchdowns in each of his first two seasons, Sanders has yet to find the end zone after 11 games in his third year.

For Week 16, Sanders is coming off back-to-back 100-yard games that saw him total up 42 carries for 251 rushing yards, which translates to just short of 6.0 yards per carry. Now, he gets the chance to keep that streak rolling against a New York Giants team dealing with injuries and ranks 28th against the run.

Sanders also gashed the Giants a few weeks ago for over seven yards per carry on nine attempts.

The Giants have given up the eighth-most fantasy points to opposing running backs this season, and that’s happened despite the fact they’ve only allowed 11 total touchdowns. They’ve allowed the sixth-most rushing yards and the 10th-most receptions to running backs.

Sanders has a great matchup, and he’s running extremely well right now. He’s also due to finding the end zone with the way he’s been playing this year.

Well, after months of not trusting the guy, the Buffalo Bills are changing their tune on RB Devin Singletary. The third-year running back has played 80 percent or more of the snaps in each of the last two weeks, and the coaching staff has made it clear that Singletary is the back they trust the most in this backfield.

Finally, after waiting for Singletary to lock-up this backfield fully, we get to bench him in a bad matchup against the New England Patriots.

Singletary played 48 percent of the snaps in their previous matchup with the Patriots and was tied with RB Zack Moss for the team lead with ten touches. Despite the Patriots more or less daring Buffalo to run, the Bills couldn’t get anything rolling on the ground as Singletary averaged just 3.6 yards per carry in the game.

As much as the Bills may want to run the ball more, they are still, at their core, a team built around passing the ball with QB Josh Allen.

New England is 6th by DVOA against the run. They’ve allowed just six touchdowns to opposing running backs this season.

Even when teams are getting into the red zone against them, they’re not letting running backs find paydirt.

This game against Buffalo doesn’t seem like the one where that’s going to change, as Singletary is not the league’s most physically dominant running back. I wouldn’t count on him in fantasy lineups this week.