The Cutback: Running Back Start/Sit Week 3

Week 2 is here, and @GBridgfordNFL is back to provide you with your weekly starts and sits, and we’re here to talk running backs. 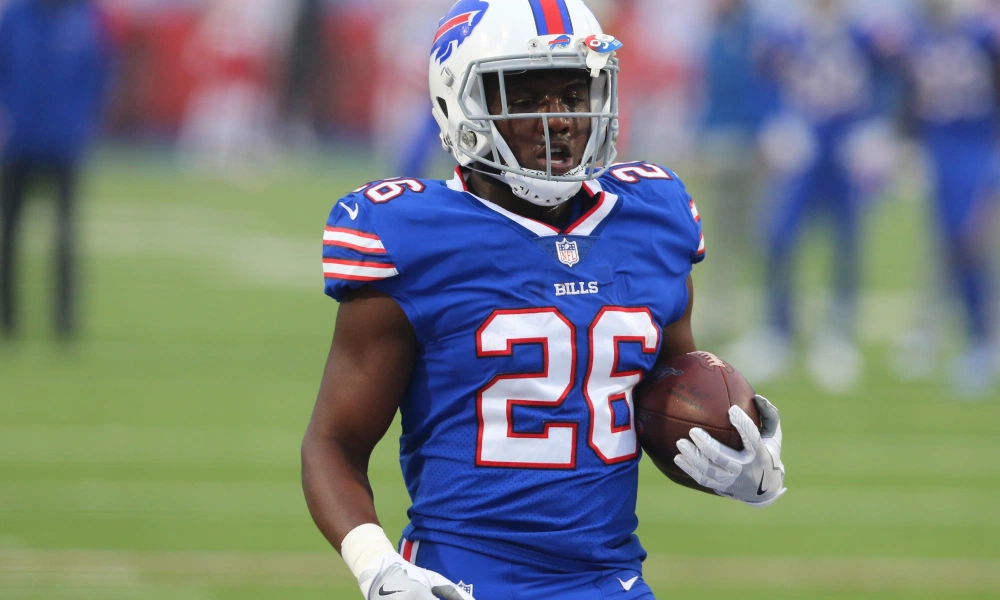 Welcome aboard! Week 3 is here, and the Dynasty Nerds writers are back once again to provide you with your weekly starts and sits.

It’s another week where Chase Edmonds was the better running back in Arizona. Despite that, he and RB James Conner had the same amount of carries.

Edmonds’ work in the receiving game carried him into the RB2 category.

The process was sound with RB Javonte Williams last week, but we didn’t quite get there. He had 13 carries for 64 yards. Teammate Melvin Gordon also had 13 carries, but he only gained 31 yards on those touches. Williams looks like the better back.

However, he’s not quite getting enough of the work just yet.

I was a goofy day away from being two for two on my sit calls. James Robinson was held below ten points against the Broncos.

Mike Davis is the goofy play that beat me. Davis totaled 63 yards on the day, but he had seven receptions that carried him through.

The matchup was terrible, and he wasn’t efficient, nor did he find the end zone. However, those receptions anchored the day into the RB2 category.

After a down year in 2020, the James White of old is back. The 29-year old running back has six receptions in each of the first two games.

He also managed to find the end zone on the ground in week two.

White’s one of the most consistent PPR running backs in the league, and he showed in week two that he still has the chops as long as he’s set up successfully.

From 2015 through 2020, all it took for White to have fantasy relevance was three or more receptions. In the games where he saw at least three receptions, he averaged just under 14 PPR points per game compared to just short of 5.75 points in his other 24 outings.

When you’re looking for flex options, 14 points is what you’re hoping for. If a guy gets you more than that, it’s great.

However, it isn’t as necessary as your star players performing well.

Looking at the matchup, the New Orleans Saints can stop the run decently well. However, you can target them in the passing game, where White is the most successful.

After two weeks, Baltimore Ravens RB Ty’Son Williams is the RB15 in PPR leagues. Two months ago, I’m sure the vast majority of you reading this had no idea who that even was.

Now, he’s one of the most hotly contested names in the fantasy universe because he plays on the best running offense in the NFL for a team that has added three different veteran running backs in the last month to contend for touches.

That hasn’t mattered because Williams has been the best one of the bunch thus far.

Through two weeks, there are just four running backs with at least 90 yards from scrimmage.

Cleveland Browns RB Nick Chubb is a stud proving doubters wrong by averaging just under seven yards per carry. The other guy to meet the 90 yards from scrimmage criteria is Williams.

Now, in week three, Williams matches up with the Detroit Lions, who are still licking their wounds from RB Aaron Jones.

Jones gashed them for a total of four touchdowns in week two. He had 23 touches for 115 yards and four scores.

The Lions rank 31st in fantasy points allowed to running backs, as they’re giving up an average of 30 per game right now. With other backs across the league having bad matchups, get Williams into your lineups this week.

Our final start of the week is looking for a bounce back after a brutal matchup in week two. RB Mike Davis goes from playing the Tampa Bay Buccaneers to the New York Giants in week three.

The Giants’ defense isn’t nearly as good as Tampas’, and that should allow Davis to build some momentum after a slow start to the season.

The main hope is that he finds the end zone this week as he has yet to score this season.

Similar to White, we’re just looking for a few receptions to elevate the floor of play we’ve seen out of Davis. He’s averaged 11.5 more PPR points per game in his 16 career games with at least three receptions.

Davis is currently third on the Atlanta Falcons with 13 targets behind only WR Calvin Ridley and rookie TE Kyle Pitts. His ten receptions rank second behind only Ridley.

Even if he isn’t putting up gaudy yardage totals, he’s getting the receptions to carry him in PPR scoring.

The Giants have allowed the 12th-most receptions and 8th-most receiving yards to opposing running backs thus far. They’ve also already given up two running back touchdowns on the year.

This Giants’ defense has some talent at all three levels, but they aren’t a complete group yet. Last week, the Falcons showed that they could air the ball out a bit and put up some points. Davis benefits from that with a good showing this week.

The Saints’ strength on defense is stopping the run as they’re currently allowing running backs to average just 2.7 yards per carry after two weeks.

RB Christian McCaffrey averaged just 3.0 yards per carry on 24 carries despite taking a big loss to the Carolina Panthers, and Harris isn’t exactly on the same level as him.

Harris is averaging 4.2 yards per carry on the year, and he played just 42 percent of the snaps last week after being on the field for 58 percent of plays in Week 1.

Part of that is likely due to the team’s large lead, but there is still something to be said about decreased workload.

Additionally, Harris offers very little in the receiving game, with three receptions for 19 yards through two games. If he doesn’t score, he has to get a big yardage total to carry his day.

The Saints were just behind the Buccaneers in run defense last year as they allowed just 3.9 yards per carry and 11 rushing touchdowns last season.

Go with White over Harris this week.

That’s the age-old question we’ve been asking for the last year when examining the Buffalo Bills’ backfield.

Singletary has been the lead back so far this season, but who’s to say that’s going to continue to moving forward?

After being a healthy scratch in week one, Moss was active for week two and snagged a pair of red-zone scores away from Singletary. So, we still have no idea who the top option is.

The Washington Football Team has allowed a total of 19 PPR points to opposing running backs this year.

They just got done shutting down RB Saquon Barkley and the New York Giants in week 2, and Singletary is the next back on their list.

Despite playing against two of the league’s better pass-catching backs in Austin Ekeler and Barkley, they’ve allowed just four receptions for 16 yards through two games.

Even if the Bills try to get Singletary involved in the passing game, this defense doesn’t allow running backs to get rolling in that area.

Finally, Singletary plays in an offense that doesn’t want to run the ball. If they’re moving the ball through the air, QB Josh Allen will put up 50 passing attempts no matter what because that’s how this offense likes to play.

They also like to get Allen involved in the running game, further hurting Singletary’s fantasy hopes.

If you don’t have to play Singletary this week, you should be looking elsewhere.