Week 5 is here, and @GBridgfordNFL is back to provide you with your weekly starts and sits, and we’re here to talk running backs. 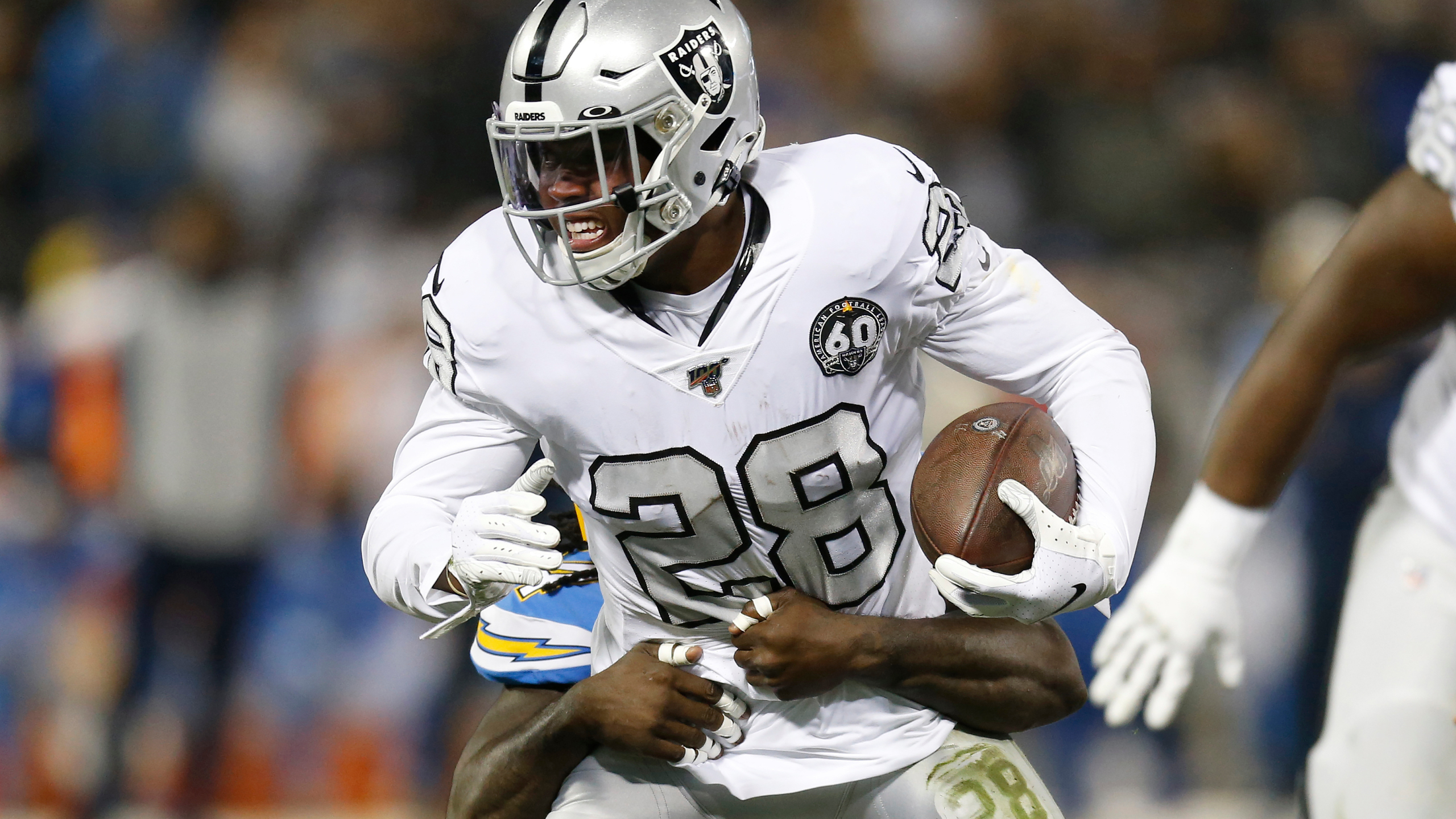 Welcome aboard! Week 5 is here, and the Dynasty Nerds writers are back once again to provide you with your weekly starts and sits.

The Indiana Colts held the lead, and there was just no looking back. In those games, RB Nyheim Hines will struggle. His fumble likely didn’t help his cause, but when the Colts are leading for nearly the entire game, that hurts Hines’ outlook.

Arizona Cardinals RB Chase Edmonds crushed, and he should have finished even higher. The team gave RB James Conner two short TDs, but Edmonds was the much better looking back.

Jamaal Williams was the lead running back for the Detroit Lions last week. He ended up with more touches than D’Andre Swift, but he got no receiving work.

We’re counting Ty’son Williams as a hit. After being the best running back in Baltimore for two weeks, he’s been a non-factor for two weeks.

New England Patriots RB Damien Harris struggled again. After a great week one, Harris has continued to trend downward. However, things might be changing.

The weather made throwing the ball difficult, and the Tampa Bay Buccaneers had to run it. Despite not scoring a touchdown, RB Leonard Fournette had a couple of big plays that helped carry him into the top 24.

Harris has struggled the last two weeks. He was RB19 after the first two weeks in PPR formats. In the two weeks since, he’s totaled 7.7 PPR points, and he’s RB58.

He has a total of ten carries for ten rushing yards in these two weeks. Despite all of that, I have confidence starting Harris this week against the Houston Texans.

The Texans are a terrible team that overperformed in week one, and they’ve been objectively awful in the three games since. Harris will be carrying the ball a lot, assuming the New England Patriots are leading, which they will be.

In their first two games this season, the Patriots were leading for the majority of the game, or they were close, which allowed them to stay balanced. They had 54 carries in weeks one and two compared to just 25 in weeks three and four.

On the road, the Patriots are currently favored by nine points. It wouldn’t be at all surprising for them to cover that margin. With a lead that large, Harris is going to see a heavier workload than usual.

In the games where the Patriots have won, Harris has been the team’s primary running back. He averages right around 11 points per game in PPR leagues.

The sad part is that that would put him right around the top 30. That’s where the RB position’s at right now.

Throw in a likely rushing TD, and you’re in a great spot with Harris. This season, the Texans have allowed four total touchdowns to running backs, and I think they allow another one this week.

Only two teams have allowed more fantasy points to running backs than the Miami Dolphins.

Teams know they can run on them while avoiding their opponent’s best players. The Dolphins have given up six total touchdowns to opposing running backs, which is the second-most among all teams. They’re also allowing the seventh-most receptions and third-most rushing yards to running backs.

This defense isn’t the elite unit everyone was expecting. It doesn’t help that their offense has only scored more than 17 points once in three games.

There has only been one game in four weeks where Fournette didn’t lead the Bucs’ backfield in snaps.

RB Ronald Jones, the presumed primary competition to Fournette, has only played more than 17 percent of the snaps in one game. That came when the Bucs were sitting Fournette late up big. It’s Fournette’s backfield.

For a guy you likely got in the sixth round of your drafts, you’ll take that all day long. In a matchup where the opponent is bad at stopping the run and the Bucs figure to be up for much of the game, get him in your lineups this week.

The Minnesota Vikings are not good. They’re 1-3, and they would be 0-4 if the Seattle Seahawks would’ve gotten out of their own way.

Minnesota’s given up the ninth-most fantasy points to opposing running backs, and if it weren’t for touchdowns going to other positions, they’d be in an even worse spot.

They’re giving up 4.8 yards per carry this season, and they have yet to hold an opponent below 100 rushing yards this season.

I got burned by Williams last week, but I’m going back to the well. He’s seen 55 touches this season compared to 64 for his teammate Swift.

He sees a touch on 51.9 percent of his snaps compared to 34.4 percent of the snaps for Swift.

Until the Tampa Bay run defense gets worse, we’re going to fade their opponent every single week.

This week, it’s an even easier decision to make. The Miami Dolphins running backs have struggled to score points this year. If you combine all their running back points in full PPR, they’d be the RB15 after four weeks.

With their defensive struggles containing opponents and their offense struggling to score points, their running backs are limited in their opportunities.

The guy he lost those snaps to was RB Malcolm Brown. It’s not even that Brown was that much more effective in his snaps. He had eight carries for 23 rushing yards with one catch for four receiving yards compared to two for three receiving yards for Gaskin. Neither guy is making a great case to be started.

Ultimately, it comes down to the fact that they’re the only team left standing to give up fewer than 200 rushing yards. They’ve given up 168 rushing yards through four games on 59 carries. They’re forcing their opponents to throw over 70 percent of the time. Don’t count on the Dolphins’ running backs this week.

Josh Jacobs returned in week four after missing two games, and he returned with a thud. On 18 touches, Jacobs had 57 total yards, including 17 receiving yards on a career-high five receptions.

He struggled to run the ball against a Los Angeles Chargers defense that’s allowed an average of five yards per carry this year.

On 23 carries, Jacobs is averaging 3.2 yards per carry this season which would be the second year in a row he’s averaged fewer than 4.0 yards per carry.

That’s what scares me the most about Jacobs every single year. If Jacobs doesn’t score a touchdown, you’re just hoping that he has a high yardage total.

In the 12 games where he’s scored a touchdown, he averages over 22.5 points per game, but that value is cut by over 50 percent in the other 18 games. Additionally, he has yet to score a receiving touchdown in three seasons of play. Touchdowns can happen, but they’re not at all guaranteed.

Finally, it’s not a great matchup. The Chicago Bears are the tenth-best team in terms of running back points allowed. That’s mostly because of a matchup with the Cleveland Browns where they gave up over 200 yards on the ground.

They’ve allowed just two touchdowns to running backs this year, and that was the only game where they’ve allowed over 90 rushing yards to a team in four outings. With the way their defense is playing, Jacobs isn’t an ideal play this week.