The Cutback: Running Back Start/Sit Week 6

Week 6 is here, and @GBridgfordNFL is back to provide you with your weekly starts and sits, and we’re here to talk running backs. 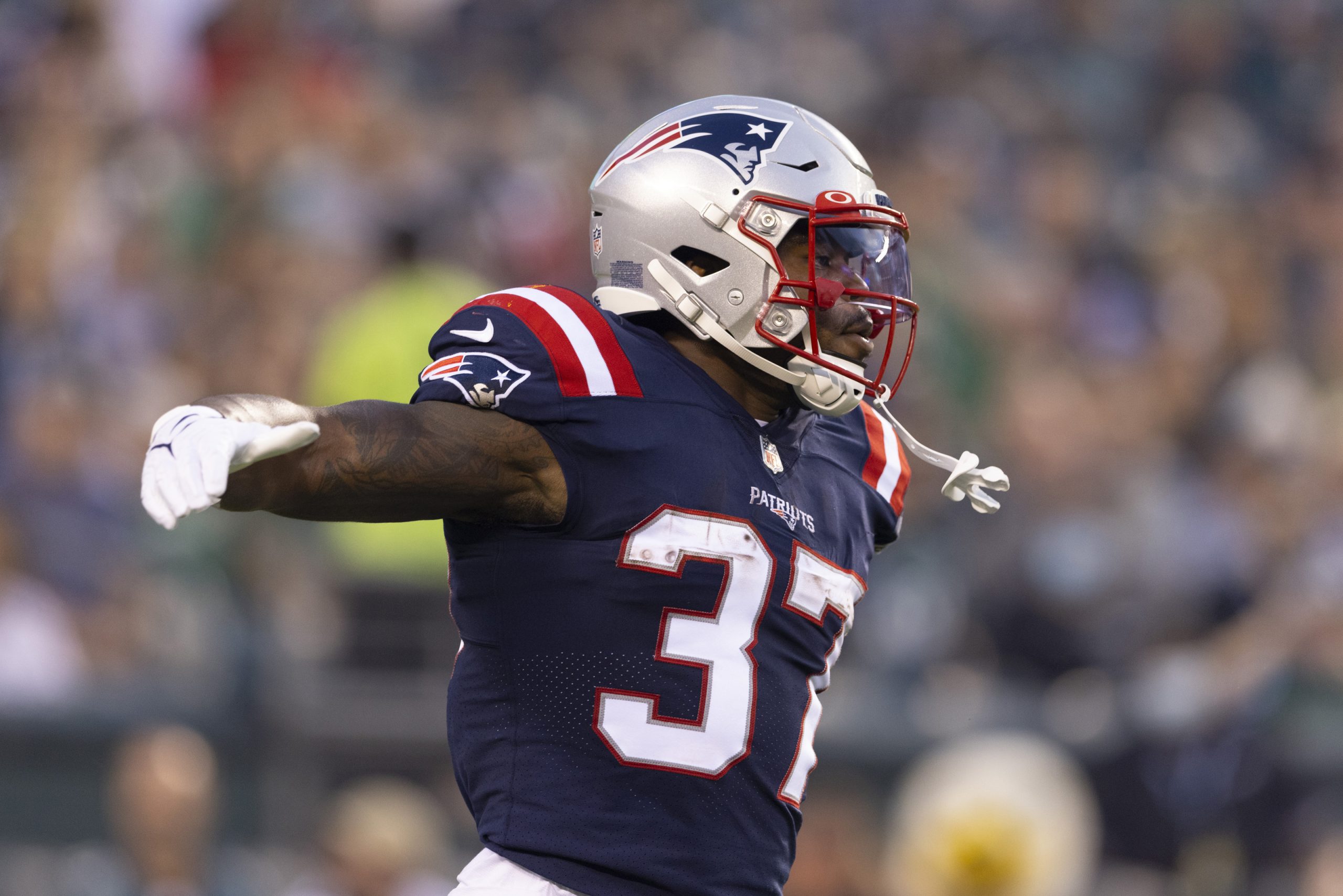 Welcome aboard! Week 6 is here, and the Dynasty Nerds writers are back once again to provide you with your weekly starts and sits.

The New England Patriots didn’t lose, but they came pretty damn close to just giving the game away to the Houston Texans. That, combined with an injury, resulted in far fewer touches for RB Damien Harris. His fumble also didn’t help his cause, as he would have been RB28 without it.

Teammate, RB Giovani Bernard, found the end zone, but fellow RB Leonard Fournette also did, along with dominating the touches. It’s his backfield, without a doubt.

After seeing nine targets in week one, Jamaal Williams has just seven in the four games since. He’s RB34 in those four games. With his team expecting to trail a lot, he won’t have the value alongside RB D’Andre Swift.

Well, we all saw RB Myles Gaskin getting a career-high ten receptions and two touchdowns for just the second time in his career against one of the best defenses against running backs, right?

In his four games played, Los Angeles Rams RB Darrell Henderson Jr. has played 66 percent or more of the snaps, including clearing the 90 percent mark in two of the four.

Even if fellow RB Sony Michel is getting touches, Henderson is still the man on the field for most of the carries. He’s seen ten carries inside the 20 compared to eight for Michel despite missing a full game. He also has two more carries down inside the five.

Much was made of Michel’s workload in Week 5, especially considering he found the end zone at one point. However, Henderson was banged up in that game.

Still, he managed to see 18 touches compared to 12 for Michel and scored a touchdown of his own. Michel is getting some touches, but Henderson is still getting the majority of the work, which is necessary in this offense to be an RB2 for fantasy.

In week six, they get a juicy matchup with the reeling New York Giants. The Giants are missing starters on both sides of the ball, and the Rams should be able to move the ball effectively.

The Giants have allowed the seventh-most fantasy points to opposing running backs despite allowing only four total touchdowns to the position. Other teams have allowed over double that already. Henderson should safely slide into the RB2 category this week.

This Dolphins team remains confusing to figure out. They’ve underwhelmed to a 1-4 start, and, with injuries piling up, it’s not as though things are going to fix themselves magically.

Despite that, this is a get-right spot for both sides of the ball against the Jacksonville Jaguars.

Over the last two seasons, Gaskin has scored a combined seven touchdowns. Those seven scores have come across a handful of games. However, in the three games, he’s scored a rushing touchdown, he’s averaged just a hair under 18 PPR points per game.

Why does that matter for this week? The Jaguars have already allowed eight rushing touchdowns to opposing running backs this season, along with another through the air.

The Jaguars are holding running backs to just 3.7 yards per carry this season, but down near the goal line, they just can’t stop backs from finding paydirt. Their nine touchdowns allowed to running backs are second only to the Detroit Lions, who have allowed ten.

Outside of the aberration game in week four, Gaskin has played 50 percent or more of the snaps through each of the team’s games. Even if he’s not efficient, he’s been on the field, and he should have another chance for success this week.

Fellow Kansas City Chiefs RB Clyde Edwards-Helaire is on the shelf, and this is Darrell Williams’ backfield until he gets back.

Williams led the team with 43 percent of the snaps in week five, and he finished the game with eight touches compared to three for the other potential fill-in RB Jerick McKinnon.

Williams averaged over five yards per carry on the night, and he’s been the team’s leading runner down where it really matters.

Williams has seen his snap percentage increase every week this season, and this should be the first week where he sees at least 50 percent of the snaps.

Looking at the matchup, the Washington Football Team’s defense has not been the group they were billed as before the season. They’ve allowed 29 or more points in each of their last four games, and they’re smack in the middle of fantasy points allowed to opposing running backs.

One of the main reasons has been their ineffectiveness through the air. This year, they’ve given up six receiving touchdowns to running backs despite only allowing 20 receptions to the position. This is a must-win game for the Kansas City Chiefs, and Williams should see a substantial workload as a result.

This is purely a call based on the expected game script. The Dallas Cowboys have been one of the NFL’s best offenses all season. They’ve scored 20 or more points in every game thus far, including 29 or more in all but one outing.

This team puts up points in a hurry, and the New England Patriots just won’t be able to keep up by playing the ball-control game. When that happens, as we saw last week, Harris sees his touches evaporate.

The Cowboys, mainly due to their explosive offense, have fared well against running backs. They’re eighth in fantasy points allowed to opposing backs, and they’ve allowed just two total touches to the position this season, with both of those coming courtesy of RB Devontae Booker from the New York Giants in Week 5.

However, it’s not just their explosive offense, as their defensive front seven has been playing with a lot of speed and aggression early in the year, which should bode well against a guy like Harris, who is not the most fleet of foot.

Harris offers little to no value in the receiving game. Despite Mac Jones throwing the ball 30 times with the Patriots trailing nearly the entire game, he saw zero targets on the day, and he has yet to see more than two targets in a game since week one.

This Cowboys’ offense should have no problem moving the ball in this game, and that will likely keep a ceiling on Harris’ productivity for the week.

I think this Raiders’ team will be divided down the middle on their thoughts, and it’s going to show in this matchup with the Denver Broncos. Ultimately, it’ll be RB Josh Jacobs who’s going to struggle in the matchup.

Jacobs salvaged his day with a touchdown in Week 5, but he would have been RB32 without it. He wasn’t explosive in the running game or the passing game, and there wasn’t a ton of room for him to work, despite the Chicago Bears being without defensive lineman Akiem Hicks.

This Raiders’ offense has only gone over 100 yards on the ground as a team once this year. Jacobs hasn’t precisely been ultra-effective on the ground, as he has yet to eclipse the 50-yard mark in any of his three games played.

For his career, in games where he’s finished with fewer than 60 yards, his points per game average drops 7.6 points, and he becomes a borderline flex play. The matchup isn’t going to make things any easier.

Despite allowing over 20 fantasy points to Pittsburgh Steelers RB Najee Harris last week, the Denver Broncos still rank third in total points allowed, and they’re only 1.8 points allowed behind the first-place Buffalo Bills. They’ve allowed only two touchdowns to opposing running backs through five games, with both of those scores coming in the last two weeks.

Why run the ball when you can throw it? This is the Brian Daboll philosophy for the offense with the Buffalo Bills. It works great for the team, and there’s no reason to fix what isn’t broken.

The main thing this does for fantasy is to make it impossible to predict which running back to start or if either one is worth starting. After being a healthy scratch in week one, Bills RB Zack Moss has increased his snap percentage every week, including playing 56 percent or more in each of the past three games.

This all sounds like reasons to play Moss, right? Wrong. This Tennessee Titans’ defense can’t slow down anyone right now through the air.

In DraftKings scoring, the Titans are giving up nearly 50 points per game to opposing wideouts. They’re slightly in the top half of the league against opposing running backs in terms of running back points allowed, and they’ve given up five touchdowns on the ground to running backs this year. That doesn’t matter against Buffalo because, even when they’re leading, they’re still throwing the ball.

QB Josh Allen has had a couple of good games this year, but he hasn’t had that truly nuclear game yet. It seems like he’s due for one of those, especially on Monday night.

When that happens, Moss will get some work, but the pass-catchers should see the majority of the targets.

Additionally, the Titans have given up the fifth-fewest receptions and sixth-fewest receiving yards to opposing running backs. Moss could sneak into the RB2 category with a touchdown, but you shouldn’t be relying on him this week.