The Cutback: Running Back Starts/Sits Week 10 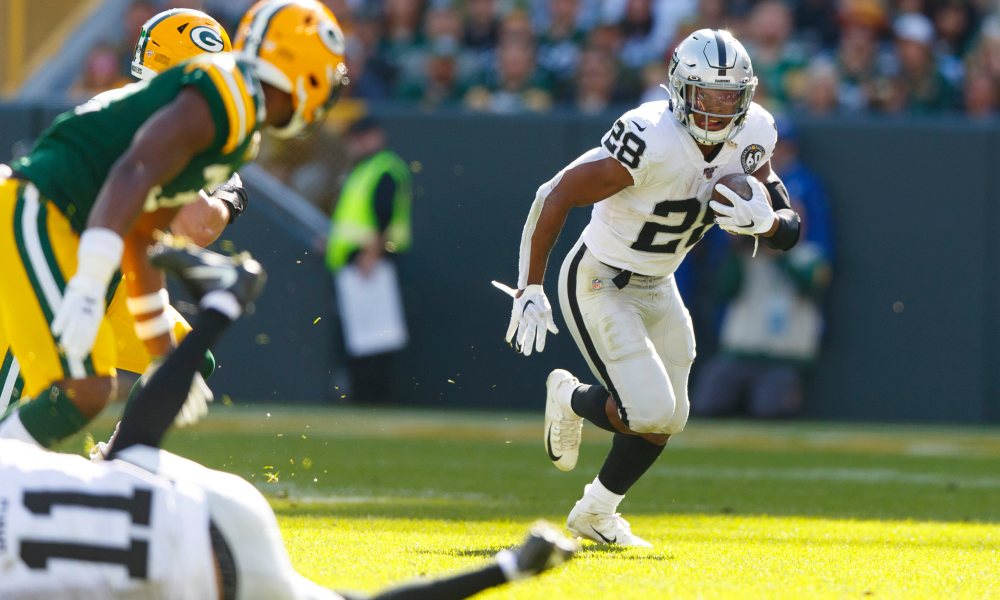 The DynastyNerds writers are here once again to provide you with your weekly starts and sits. We will be making our recommendations based on weekly consensus rankings from FantasyPros. Here are the cast and the position groups they will be covering to help you win your week. Follow us, friend us, stalk us, whatever floats your boat!

Give me all the Josh Jacobs. Here’s his average stats over the past 3 games:

There’s no way to know which version of the LAC defense shows up this week.  Will it be the D that gave up 160 ground yards to the Bears, or the one that held the Packers under 60? It seems like they’re starting to realize they’re playing for Anthony Lynn’s job.

My guess is the reality lies between the two extremes, but, in either instance, I’m not worried about Jacobs. He hasn’t been held under ten points in PPR since week three, when he was game-scripted out as the Raiders were drubbed by the Vikings.

I’ll be shocked if that happens this week. Fire Jacobs up as an RB1 for week 10.

Look for Kamara to make his return in triumphant fashion this week against Dan Quinn’s faltering Falcons.

In 6 of 8 games this season the Falcons have allowed 12+ PPR points to opposing back, including games of 26 and 28.2 points to Dalvin Cook and David Johnson.  DJ did a lot of that damage through the air- 6/68/1- and it’s safe to assume Kamara will do similarly.

I’d call him the obvious overall RB1, but, you know, CMC.

Murray should also be playable as an RB3/flex if you need.

Henry has stilled the doubters in 2019. He’s still the same player- little passing game work, not highly efficient, TD dependent- but his overwhelming volume (top 5 in carries) has made up for all that and made him an RB1. It doesn’t hurt that he’s top-3 in yards created and broken tackles.

KC has been seen as a soft matchup this season, but their defense has turned it on in recent weeks, annihilating the Broncos and holding the Vikings under 100 rushing yards (Dalvin Cook had only 15 points last week).

I think they’ll focus on taking Henry away, but I doubt they’ll succeed. Look to Henry as a safe RB2.

Ingram gets the Bengals this week. Start everyone against the Bengals, relax, enjoy the free points.

This should be a game that Jackson runs a little less and Ingram and the other backs see a bump up in volume (why put your franchise QB in a position to get hurt in a game that you don’t need him?)

Ingram should be a high-end RB2/low end 1.

I feel like every time I call for a Singletary breakout game we just get 20 carries from Frank Gore.  I’m doing it anyway…

Gore struggled last week against the competent d-line of Washington.  McDermott handed Singletary the load, to which he responded with 140 yards and a TD.

This week they get the Browns, whose defense has been inconsistent at best and whose sputtering offense seems to turning Baker Mayfield into a 1940s shoe salesman.

The guard is changing. Motor gets 20 touches again, finding the end zone and yielding high-end RB2 numbers for your team.

Gore’s fallen to RB3/flex territory, so I’m not playing him unless I have big problems.

On the other side of the ball we have Ronald Jones making his first official “start” for what there’s worth. Jones has started to shed his bust label, but he still hasn’t been a consistent fantasy producer.

Arians is saying he’ll get more touches; as stated above, TB is at home and a favorite, which are always favorable conditions for a RB, and the high projected total suggests there’s a good shot of some TD upside.

I’m not starting him over a proven RB2, but, in the bye-week hellpacolyose, you can do worse than 15+ touches from Jones.

I should have known better than to doubt the breakout last week. To be fair, his TD production substantially outperformed his yardage total, which isn’t sustainable.

Detroit and their bottom-6 run D are happy to help get that yardage back up there. I would have some fear of Monty being game-scripted out if Stafford gets the Lions up by a few scores quickly but at this point Nagy seems focused on keeping Mitch from imploding any worse than he is already; this means a healthy diet of carries for the rookie.  And he’s been pretty good with the work he’s gotten, ranking top 15 in juke rate and broken tackles despite a propensity for missing reads and leaving yards on the field.

The lone bright spot of Chicago’s lost season, Monty should impress again, finding the paint and yielding high-end RB2 or even middling RB1 numbers for his owners in week 10.

At this point, you’re not benching Jones; we’ve come to grips with his boom / bust nature, and we’re crossing fingers for the boom.

It’s a good matchup this week, as the Panthers have allowed 100+ ground yards to every team except TB (and that was in Winston’s 6 TO embarrassment).

If Connors sits again I like Samuels this week against the Rams. He acquitted himself well last week with 13 catches. He’s going to have a great floor in PPR anytime he starts.

The Rams have given up 14+ point games to some of the usual suspects- CMC (44!), Carson, Chubb- but also to Mixon, Coleman, and Ronald Jones, not exactly a murderers row.

If he’s the guy for week 10, he should be in your starting roster again, unless you’re sitting him for a proven stud.

Indy hosts Miami this week; Miami’s giving up the second most yards and the fifth most generous ypc to opposing backs. Although their offense is showing signs of life with Fitzmagic back under center they’re not going to be a threat to Frank Reich’s well coached Colts.

This will be the type of game in which Mack should get 20+ carries and find the end zone. He could be a top-12 play.

Gordon offers both passing game floor and TD upside (if the Chargers has really come back to life with the firing of Wisenhunt.)

Last week it looked like he was back to the guy he’s been for most of his career. He’s top 10 in 5 goal line carries already despite missing half of the season.

Oakland is not a soft matchup, but backs have had success against them though the air, and you’re really just looking for TDs with MG anyway. The touches that go to Ekeler do drop his floor a bit, but his ceiling can still get up there with the second tier backs.

J.D. McKissic was a high RB2 last week due to some catches and a TD. If you have to take a flyer here, he’s the guy, but he only had 8 total touches. That’s not going to make for a reliable option.

Did he get pulled in week eight only as they Rams were beating up on an inferior team? Maybe. Did the bey-week get his wonky knee some much needed rest? We hope so.

But is this going to be the new norm if the Rams get up early, with Gurley coming off and Henderson or Brown carrying the load? That seems likely. The snap counts have been getting closer each week, with week 8 being 32 snaps to Gurley, 30 to Henderson.

Sure, even Gurley down a few cylinders is still an elite goalline / pass catching back, but it’s too unpredictable for my tastes.

And this is a rough matchup against a Steelers d that’s been playing lights out since the addition of Minkah Fitzpatrick. There’s a world where they destroy Jared Goff this week and remove the TD upside you need for Gurley to succeed.

He’s a major fade for me this week; I’m playing Singletary and Monty ahead of him on one of my teams.

Drafting Albert Okweugbunam might have seemed strange, but I'm excited about his possible contributions in Denver with former college teammate Drew Lock. https://twitter.com/DynastyNerds/status/1292457317594812417 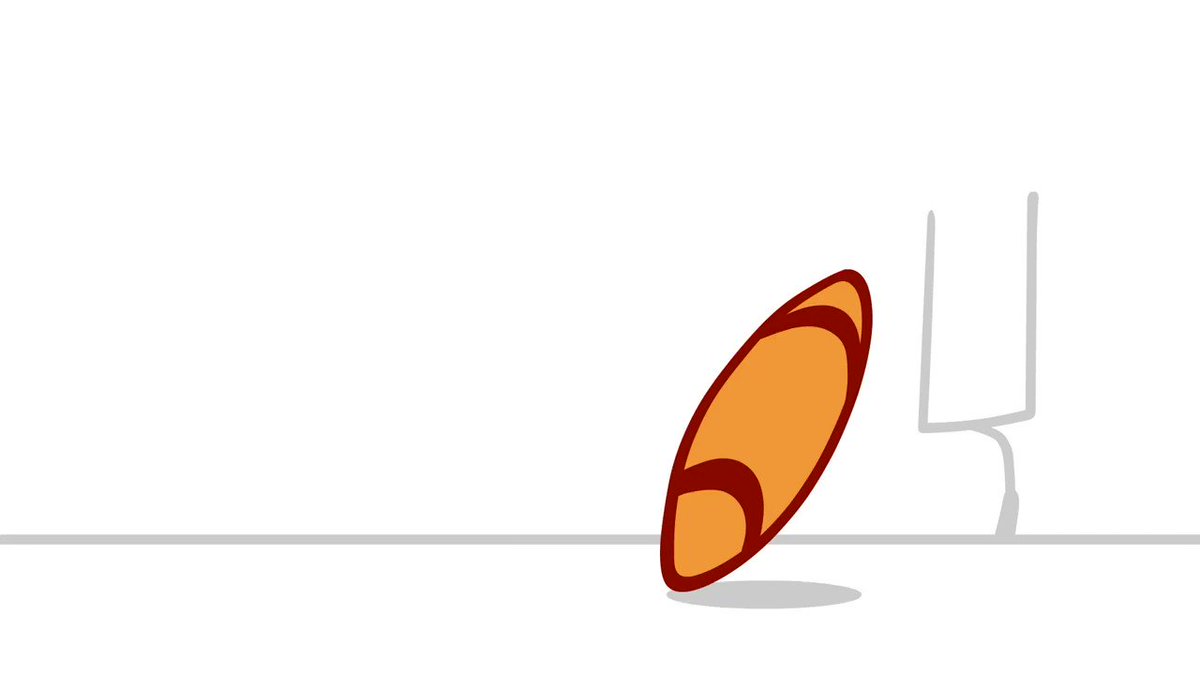 The #DynastyGM tool is here!

Sync your Sleeper and MFL teams ✅

Included w/ a #NerdHerd subscription for the next 14 days, or upgrade to the bundle 📦 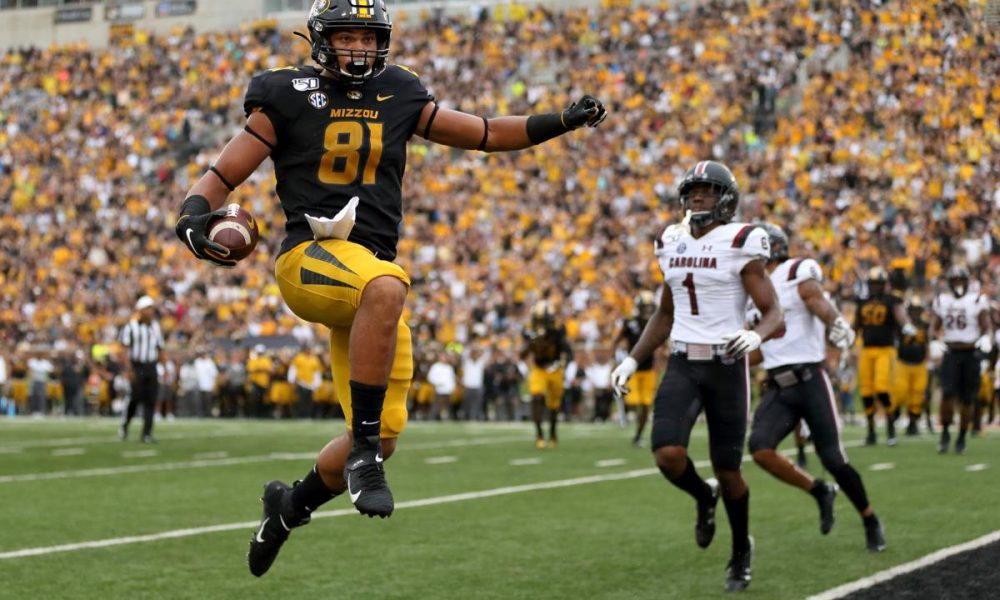