The Cutback: Running Back Starts/Sits Week 11

Did Kamara lose his job?
Will Uncle Bill shut down Jordan Howard?
Can you trust anyone in the Brown’s backfield?
Everything you need to win the RB spot in week 11 is right here. 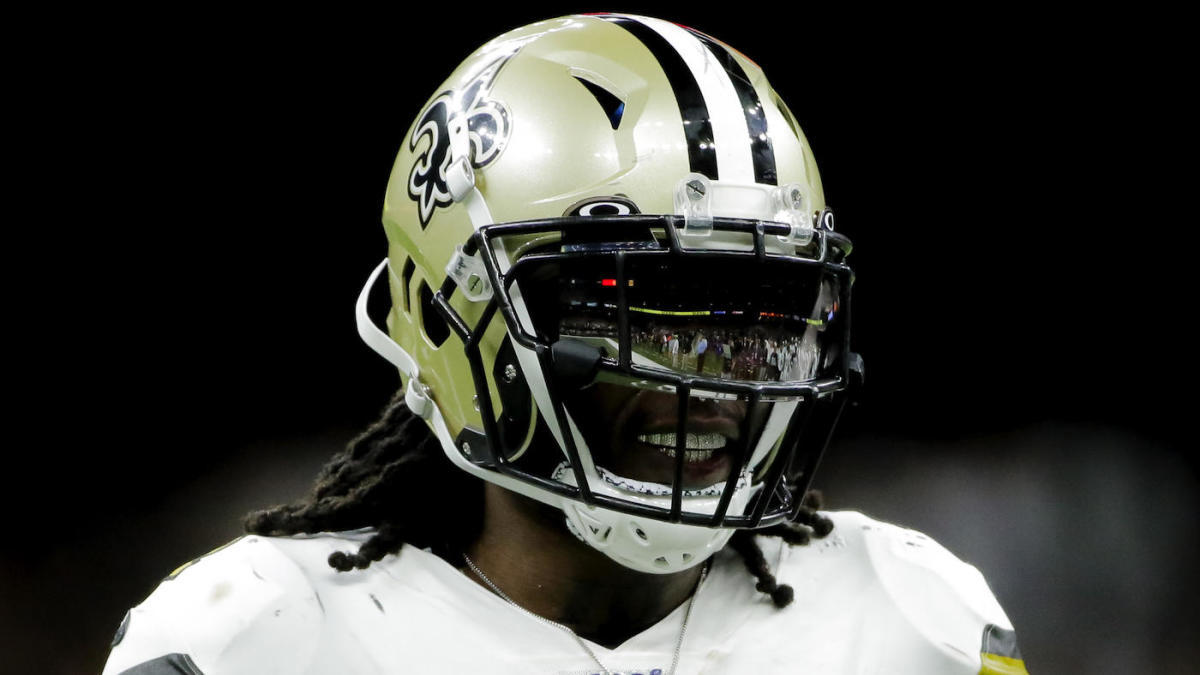 Sure, the 2019 Pats are an elite defense. But they’ve given up over 150 rushing yards in 3 of last 4 games.  It might be a product of Belichick’s bend-don’t-break defensive theory, but they are allowing running backs success.

Howard’s been one of 2019’s pleasant surprises at a position that’s been riddled with injuries and disappointments.  Here’s his recent stat lines:

He’s been effective, he’s getting volume, and he’s getting goal-line work. While he will sometimes be game-scripted out that’s unlikely to happen against NE’s middling offense.  The Pats have only given up 11 offensive TDs on the season, so his upside is capped, but Howard will see over 20 carries in this game. He’s got a fair shot of finding the end zone and landing in solid RB2 territory.

The Saints are falling apart. Drew Brees is washed. Latavius Murray has stolen Kamara’s job. These are things that actual human beings have been saying.

The hysteria is real right now, but don’t be sheeple.  Kamara is a beast. He’s a top-5 back ROS.

This week is not the best matchup but, in an offense devoid of weapons, playing an opponent that puts up points, I’ll be shocked if he doesn’t see eight or more targets. I don’t care if he only gets six carries; I just want to see the 7/65/1 receiving line at the end of the day.

If you drafted Conner as you’re RB1 this year he’s probably killed your season. A slow start, games missed to injury… his 2019 has been rocky at best.

His last couple of appearances were good ones, including 119 yards, 2 TDs against LAC and a 29-touch, 149-yard stomping of Miami.  Backup Samuels put up a 19-point outing filling in for him in week 9.

The Steelers offense under Mason Rudolph isn’t lighting the world on fire, but it’s not a complete disaster, either. This week they’ll move the ball well enough against the Browns, a bottom-five rush defense that’s been giving up 4.9 ypc and 1.5 rushing TDs a game.

In a week without a ton of easy RB matchups  can easily rush his way into the top-12 (so long as his AC joint has healed enough to get him out there).

KC’s backfield has been quicksand this season but- for the moment- it seems like Williams has won his job back. Reid did say that he wanted to give McCoy some rest, but, regardless, D-Will has looked the better back for the past few games. He’s coming off of consecutive 100+ yard games- two of the three such games by a Chiefs back this year.

The Chargers have tightened things up on both sides of the ball since letting Ken Wisenhunt go after week 9, but they still gave up 101 and a TD to Jacobs last week. Williams isn’t the runner that Jacobs is, but Mahomes likes him in the passing game, and even when he was in the doghouse he got the goal-line touches.

It’s not a slam dunk- there’s a chance that things flow back to McCoy this week- but I’m rolling with Williams unless I have a locked in RB1. He has RB1 upside, and is worth betting on as an RB2.

If Derwin James comes back, I might temper my expectations, but there’s not a ton of great options out there this week.

Mack let me down last week (he does that a lot in prime matchups). In what seemed to be a smash spot against Miami he was just the RB23 on the week. But his 19 carries for 74 wasn’t really atypical. He gets rushing volume, but little in the passing game, so and if he misses the end zone, he has a rough week.

This week Mack gets Jacksonville, another soft matchup (4.9 ypc allowed).  Hopefully he gets Jacoby Brissett back to help move the ball and lighten the box.

It’s unlikely that Nick Foles steps out onto the field and gets the Jags up multiple scores (the 3.5 point spread says it will be close) so we can safely count on Mack for 20-ish carries and the neighborhood of 100 yards.

The Saints are going to be very, very angry coming off an embarrassing loss at home last week to a weak Falcons squad.

They’re going to look to get right against TB this week, although an injured Lattimore might make that tough. I do expect the front seven to step up and make life hard for Rojo and Barber; I doubt we’ll see Jones running free on screen passes again like he was against Arizona last week.

Jones is having himself a renaissance, but this week he’ll be a little more dark-agey.  You probably have a better option.

Mark Ingram is an RB1 on the season; his 8 rushing TDs is a top-5 number. Lamar Jackson and the Ravens’ innovative offense has set him up for one of his best seasons.

But the Texans- despite losing star J.J. Watt, again, and trading away Jadevreon Clowney, are still an excellent run D- they haven’t allowed 100 ground yards to a team since week 2- though they’ve been getting lit up on the back end.

The Ravens might break that streak, but, if they do, it’ll be Jackson doing the damage, not his backs.

You might not be able to actually sit Ingram, but you should definitely consider options. I’d rather play Brian Hill, Kenyan Drake, or Raheem Mostert (assuming Breida sits).

Chubb’s a monster with the ball in his hands.  He just gashed Buffalo- quality defense- for 116 yards.  Despite Cleveland’s struggles this season he’s still a top-7 dynasty RB.

But Pittsburgh’s defense is playing even better than is Buffalo’s.  They’re an elite defense. They’ve allowed over 88 rushing yards just once in the past four weeks and only twice since acquiring Minkah Fitzpatrick from the Dolphins.

They gave up a couple of goal-line plunges to SF’s Jeff Wilson in week 3, but have allowed only 1 TD to a running back since. For a 1st & 2nd down banger that relies on TDs for upside, that’s very bad news. We’re not even going to get into the number of times that the Bills stuffed him last week.

He’s still the primary ball carrier- it looks that at least for now Kareem Hunt’s limited to a pass-catching role- but I could see a world where Kitchens gets Hunt more involved in the red zone to make the offense less predictable.

All this adds up to a low-ceiling outing this week for Chubb.  I still love him long-term but this week he’s not going to grace the top 12 of his position.