Can you ride a third-string running back to the ‘ship?
Is Saquon ever going to be good again?
Is it Carsontime? 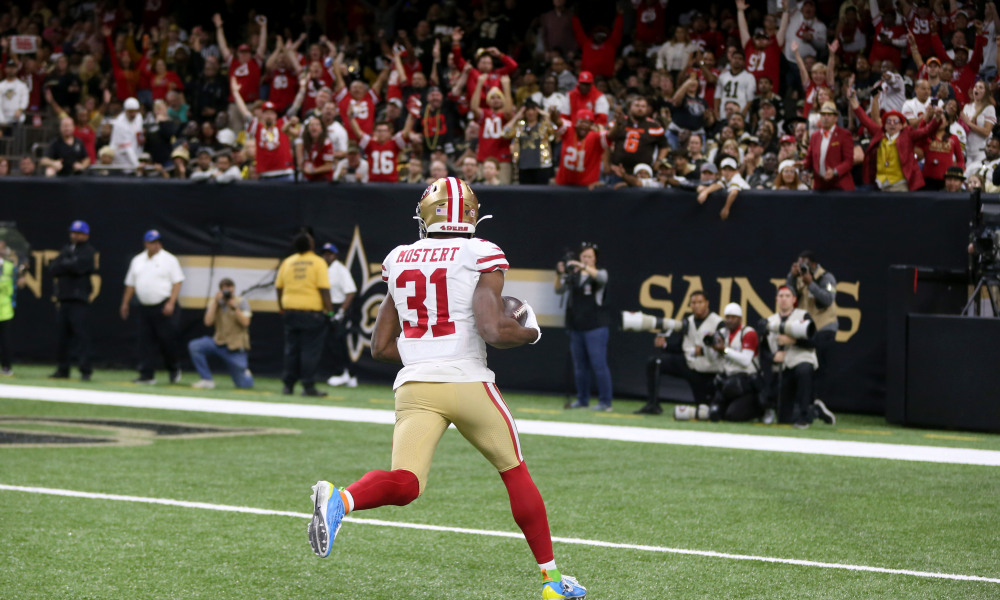 Carson’s going to be one of the chalky plays of the week, and for good reason. It’s the classic case of the unstoppable force against the movable, pliant, tissue-paper-like object.

Giving up an average of 30.8 DK points a week and over 400 rushing yards over the past two weeks, CAR is the most prime matchup for an RB at this point in the season.

Chris Carson just lost backfield mate/workload siphon Rashaad Penny. SEA put up 22 rushing attempts in week 12 and 38 in week 13; even in a beat-down loss in week 14 they had 16 attempts.

Expect Travis Homer to be involved as well, but you’ll see a minimum of 20 touches from Chris Carson this week.  Against a defense that’s allowing 4.9 y/a, he’s pure gold, a high-end RB1 for week 15.

Jones has been boom-or-bust this year. He’s coming off of a 31 point marvel against WAS, but that was preceded by two single-digit performances.  His good games have generally come when he was active in the passing game, as he was last week.

When GB played CHI week one Jones was bottled up for only 39 yards. But a lot has changed since then; Akeem Hicks going down against Oakland opened up a chink in the Bears defense; now, in week 14, Roquan Smith, starting ILB and 2018 team leader in tackles, has gone down as well.  He’s replaced by Kevin Pierre-Louis, who has only seen action in a handful of games this year (although he’s graded out well in those limited snaps).

There’s a chance Akeem Hicks is back, but we haven’t heard anything definite yet.  The Bears are definitely more dangerous with him.

Last week, the Bears have up 93/2 to Zeke. The previous week they let the Lions backs go over 100.

If Hicks comes back this is more of a fade, but, as it stands, I like the Packers to lean on their most dangerous weapon here in a must-win divisional game, and I like him to put up a solid RB2 performance.

A month ago it would have been too obvious to feature Barkley in a start/sit, but, alas, the sophomore is in quite a slump. In the past four games he’s been held to single digits in ppr three times, and he hasn’t had a boom game since week 8 against the Lions.

This week’s meeting with MIA is just what the talented runner needs to get back on track. MIA has allowed the most rushing yards on the season and gives up an average of 27.2 DK points to the position.  Barkley should find himself back in RB1 territory come Sunday night.

“I mean, we keep trying to balance it out, but what Raheem has done these last few weeks and has continued to do, we need to give him more opportunities. He’s given us no choice” said Shannahan.

You’re damn right! Mostert is averaging 6.0 ypc, and he’s getting it done through the air as well. Last week he outsnapped Coleman 82-21, with Breida chipping in 12 snaps.

This week he gets Atlanta, a defense which has alternated between mediocrity and complete collapse.  They’ve held up relatively well against the ground game but are reliably thrashed by backs that can catch passes, and Shannahan certainly uses his RBs as such.

With creative schemes, solid run blocking, and George Kittle leading the way, Mostert is set up for an RB1 week, so long as Shannahan keeps his word and features his most talented runner.

Last week, I didn’t rank Mixon as highly as I should have. I had a hard time believing that the Bengals run-game had really turned a corner.

But I failed to account for the Browns sieve-like run D, a unit that has only gotten worse since Miles Garret bonked his way into an early spring break.

Drake doesn’t have Mixon’s top-tier talent, but he’s good enough to get it done. He’s underwhelmed since his initial breakout as a Cardinal, but he’s also had one tough matchup after another.

This should be a bounce-back spot for Drake, Kyler and co. The Browns might be the better team, but not so much so that the game will get out of hand, and their defense just gave up 451 yards to a bad Bengals offense.

Look for Drake to finish as a high-end RB2 this week, with a ceiling for more.

Kareem Hunt has outscored him in two of the last three weeks, seeing both targets and goal line opportunities.

They’ll both be startable this week, as they have been.  The timeshare has capped the upside of each, but Hunt will be an RB2, and Chubb still has an RB1 ceiling in good matchups, though he needs to find the endzone to hit it. I expect them both to do so this week.

Freeman was good last week, posting an RB1 finish. He might have gotten you though your first week of the playoffs.  He’s not likely to get you through another.

While his volume and target share should keep him from being a complete disaster, SF is the third toughest matchup for RBs, giving up only 17.2 DK points a week to backs.

Hopefully you have a better option.

Mack is back!  His injury healed, Mack got the start in week 14, though he wasn’t able to do much with it.

Expectations should be low again this week, as few backs have found success against NO’s strong front seven. An injury-decimated pass catching core compounds the issue, ensuring a day full of stacked boxes.

As Indy is thoroughly eliminated from playoff contention we might see Frank Reich move toward a more evaluative process. We could see Mack cede some touches.

Doing some film study for a draft profile coming out over @DynastyNerds this week and found this gem out of Bryan Edwards. Sells the out and never loses momentum going up the field

Jalen Reagor is elite in terms of burst and speed, but when you see he's capable of making plays like this it should get you very excited. He has a HIGH ceiling.

Just stumbled into the @DynastyNerds film room. 1 min in and i love it definitely worth the cup o joe!!!!

ICYMI... rookies rankings are up #nerdherd! Any surprises in the top 10?

Round 3 is where the value lies. The @DynastyNerds crew is back to get you ready for draft season. Read who the team are targeting in the final Round of Rookie Mock Draft 1.0. #fantasyfootball #dynastyfootball👇

Round 3 is where the value lies. The @DynastyNerds crew is back to get you ready for draft season.