The Day Two QB You Need To Target, Davis Mills

When you like a player, plant your flag. @ReflipeWThenuz breaks down why Davis Mills is the day 2 QB you need on your dynasty squads. 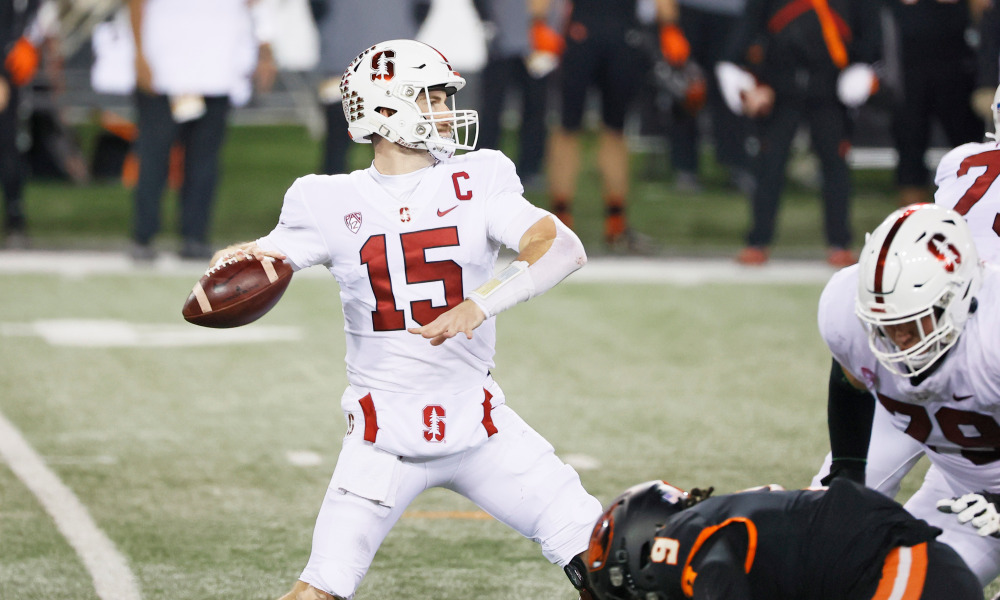 After the five QB’s taken in the first round of the 2021 NFL Draft, there were three other higher-end prospects left at the position. Those guys were Kyle Trask, Kellen Mond, and Davis Mills. These players were drafted in sequential order at the turn of the 2nd and 3rd rounds. Despite being drafted to the team with the most needs, Mills is the most overlooked of them.

In my opinion, this is an absolute mistake. The history of the NFL is littered with players who never received the opportunity it appeared they would ‘eventually’ receive.

I’ll detail why Mills has the talent and opportunity to succeed at the NFL level. Thus, he would become the steal of the draft at the quarterback position. Without further ado, let’s examine the newest QB of the Houston Texans.

Of the three day-two selections at QB mentioned earlier, Mills had the highest ranking in high school. He went to Stanford out of Greater Atlanta Christian School in Georgia. He was the number one Pro-Style QB in the nation as ranked by 247sports.

Mills was nothing short of prolific; he led his team to three regional championships. Mills would eventually receive offers from 30 different college programs. However, he ultimately chose Stanford from a group that included heavy hitters like Alabama, Georgia, and Florida, to name a few. You can see in his highlights below just what type of talent Mills showcased for these teams.

If you were to sit behind a computer screen and design the perfect NFL quarterback, that player would look an awful lot like Mills. He has a stronger arm than Trask and is every bit the athlete of Mond. His 4.58 40 yard dash at the Stanford Pro-Day blew scouts away.

Several NFL analysts and talent evaluators had Mills graded as a potential late first-round pick. All of this love was despite the lack of significant game footage on Mills.

Due to injuries and Pac-12 COVID-19 policies, we only had the opportunity to see a handful of starts by the former number one ranked QB, 11 games to be exact.

Despite the lack of tape, Mills displayed all of the tools pro-style teams want in a QB. You can see his limited numbers below.

With another year of eligibility left in his quiver, some questioned why Mills decided to enter the NFL Draft. That’s been a difficult decision for many college football athletes, especially quarterbacks.

Sometimes when players decide to leave early, their head coaches openly disagree with the decision. Remember Pete Carrol and the harsh words he had for QB Mark Sanchez when he entered the 2009 NFL Draft?

That wasn’t an issue for Davis Mills. Stanford head coach David Shaw had nothing but the nicest things to say about his departed quarterback, as you can see below.

.@StanfordFball @CoachDavidShaw on #Texans QB Davis Mills(@Millsions):”The ability I think is obvious..Much has been said too,if he did come back he probably would be 1 of the top 2or3 QBs n America & potentially a top-15 pick. That’s why to me he’s such a steal in the 3rd round” pic.twitter.com/xXio332lM0

When I watch a quarterback, the first thing I want to see is his arm strength. Now, this trait is sometimes overhyped and isn’t necessarily a deal-breaker. However, when you watch Mills play, you immediately notice that he has the talent to make every throw in the book.

He can make the big arching downfield passes and deliver the ball on a rope down the middle of the field, as you can see from the examples below.

It is undoubtedly a nice thing to have the arm strength he does. It’s another thing entirely to combine that with touch. Mills seems to have that knack for dropping dimes in the bucket.

He routinely displayed touch when putting the ball over the middle or outside the numbers on back shoulder type throws. You can see a couple of examples of Davis’s nice touch to deliver extremely catchable passes.

While he may not look like it at first glance, Mills is an excellent athlete. As I mentioned before, he ran virtually the same 40 times as Mond. His time mentioned above at the Stanford pro-day highlighted his ability to not only be elusive in the pocket but gain yards with his legs as well.

He managed to show off some of that athletic ability despite the encumberment of a substantial knee brace during his time at Stanford. You can see examples below of him rushing for yards and using his legs to extend plays allowing his teammates to get open downfield.

Experienced In An NFL Offense

One distinct advantage Stanford QBs have when they enter the NFL is experience in a pro-style system. Former Stanford head coach, now at Michigan, Jim Harbaugh installed a Pro scheme years ago, and Shaw has maintained that blueprint.

Mills won’t have to struggle through learning to take snaps under center or foot mechanics of dropping back from the line-of-scrimmage while simultaneously reading defenders. Here’s an example you can see below of him doing these things.

This is one of the main factors separating Mills from his fellow day-two quarterbacks. We have all followed the Deshaun Watson saga this off-season. First, there was disagreement over the coaching search. Then came the demands for a trade. Finally, there were the accusations of sexual misconduct against the Houston Texans signal-caller.

To say that issues with Watson are murky would be an understatement. At a minimum, it appears that Watson will be a longshot to play this season. For their part, the Texans went out and signed veteran QB Tyrod Taylor. They also used the first of their limited number of draft picks on Mills.

I fully expect Taylor to start the year behind center. However, once the Texans fall out of playoff contention, they’ll want to see what they have in Mills. He’ll undoubtedly get a chance to stake his claim to the Texans job ‘this season.’

That’s the significant differentiating factor between Mills, Mond, and Trask. As they say, NFL stands for ‘Not For Long’. If players don’t quickly stake their claim to their jobs, someone else will fill the void.

The two years you will likely have to wait on Mond and Trask are also lifetimes for a coaching staff. The Minnesota Vikings and Tampa Bay Buccaneers could have new head coaches within that time frame. I’ll choose the guy who will have his shot this season.

I personally love Mills as a player. However, there are some legitimate reasons why he was drafted at the beginning of the 3rd round.

First and foremost, the injury concerns are real. Mills had injury woes in high school on a couple of occasions, including when he tore his knee in his senior year during the state title game. That forced a medical redshirt his first year on campus at Stanford. Injury issues also resurfaced during his time there, but he’s been relatively healthy for the last year and a half.

The lack of substantial game film on Mills at the collegiate level is also a cause for some concern. Players like Chicago Bears QB Mitchell Trubisky were catapulted to the top of draft boards based on a single dominant season in college.

That’s somewhat mitigated with Mills since his 3rd round draft capital means he came at a substantial discount. I believe Mills has the right mental makeup to overcome these difficulties and stake his claim to a wide-open Texans depth chart.

While not as prolific as you would like, Mills displayed all the tools you look for in an NFL quarterback. Had Stanford played an entire season in his final year, and had he not turned in a false positive COVID-19 Test, we would undoubtedly have seen a better statistical season.

It’s fair to wonder why he didn’t return to Stanford with his additional year of eligibility and a strong QB class this year as opposed to 2022’s. However, there’s little doubt that he landed on a team with a potential desperate need at QB.

Mills has displayed the talent to get the job done. He’s also a relatively cheap option when it comes to your leagues. Do yourself a favor and grab some shares of Mills while the price is still low. If he hits, you will undoubtedly reap the rewards.

Don’t Forget To Check Out The Nerdherd!

Thank you for reading this article! Please be sure to join the #Nerdherd so you don’t miss out on any of the amazing things we have to offer @Dynastynerds.com. You will get rankings, extra podcasts, and access to our rookie film room. For just a couple bucks more you can get access to our revolutionary DynastyGM tool. So much for so little, why miss out on all the fun.