The Death of Jalen Reagor: Bust or Sophomore Sleeper? 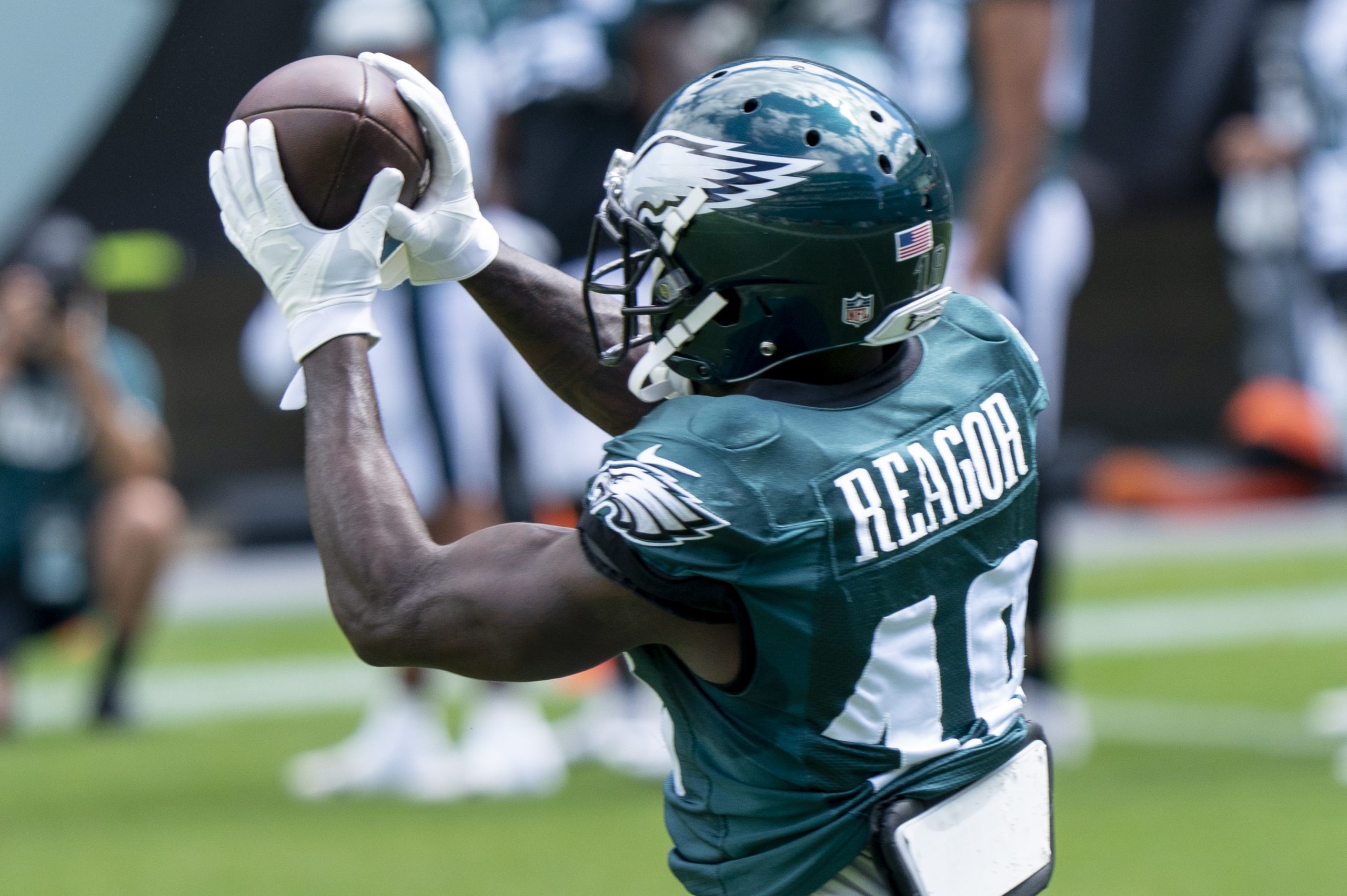 Philadelphia Eagles wide receiver Jalen Reagor had a tumultuous rookie season. In training camp, he tore his labrum, tackling a defensive back after QB Jalen Hurts interception. He was able to suit up for week one and had a 55-yard reception, but that was all.

In week 2, Reagor injured himself once again. He tore a ligament in his thumb. The injury caused him to miss the next five games.

Upon returning to the lineup, he struggled to find his footing. He finished the season with only 396 receiving yards and 1 TD. Reagor played in only 11 games, but his stats are still unimpressive to say the least. Even when you prorate his 36 receiving yards per game, the stats are far from eye-popping.

It leaves many to wonder if Reagor’s a bust, or perhaps he’s just a guy that needed some time to develop. Regardless, many eyes will be on the 2020 first-round pick as he takes the field in 2021.

The Good, The Bad, and The Ugly

My impression of Reagor from watching his games last year was relatively positive. He didn’t make plays consistently, but he flashed his explosiveness regularly.

Before delving in, I could make the case, like others, that an injury-ravaged offensive line and poor quarterback play hindered Reagor. However, during my research, I found that Reagor contributed to the issues on the Eagles offense.

His issues separating would’ve contributed to quarterbacks holding the ball too long and taking sacks as they would have one less viable option to target.

So far, the early news out of the Eagles’ OTAs is that Reagor will be playing in the slot more next year. That slot role’s a better fit for Reagor’s current skill set.

It’s easier to separate in the slot, and players lined up there tend to run shorter routes. Quarterbacks can get the ball into slot receivers’ hands quicker, which lets them create.

Reagor was at his best in 2020 with the ball in his hands, too. Whether it happened on screen-passes or as a punt returner, he made people miss and gained yardage when he had the ball in space.

Reagor’s move to the slot should help the Eagles get him the ball on short routes like slants, short crossers, and screens so that he can use his run after the catch ability. He also has the hands to make the contested catches he’ll see in the middle of the field.

Where it gets dicey (when you’re considering how Reagor might produce going forward) is when you try to project his volume.

People have been saying “volume is king” for as long as I’ve been playing fantasy football and probably long before that. This rule applies at the team level. If we can’t project a team to have a higher passing volume, we can’t get too excited about the secondary and tertiary receiving options on that team.

To clarify this point, I’ll use two extremes from last season. The Pittsburgh Steelers had 656 pass attempts on the season, while the Baltimore Ravens had 406. That means that a 20% target share would be 131 targets on the Steelers, where the same % target share on the Ravens would be 81 targets.

With Hurts at quarterback, the Eagles are more likely to be near the league’s bottom in pass attempts in 2021. The addition of 2021 first-round pick WR DeVonta Smith also really hurts Reagor’s chances of carving out a healthy target share.

Even if moving to the slot does help Reagor’s efficiency, it’s difficult to project him for more than 75-80 targets realistically. The offense will move at a slow pace as one of the more run-heavy offenses. Well, at least for the first year or two with Hurts under center.

Reagor has the talent to be a fantasy contributor, but his route-running needs refinement. Also, his situation isn’t optimal for a 2021 breakout.

Unless you’re willing to stash him for a long time, it might be a good time to sell for a high 2022 second or a rookie wide receiver like Terrace Marshall or Amon-Ra St. Brown.

The bottom line is that if Smith emerges as the first option, and Hurts continues to throw to tight ends at a high rate, Reagor’s ceiling capped. It’s an excellent process to shoot mainly for the ceiling with wide receivers on your bench.

Thanks for reading! If you have any comments or questions, you can find me on Twitter @JamieHfantasy. Don’t forget to keep it here at Dynasty Nerds for all your dynasty fantasy football needs!