Texas and Oklahoma shocked college football this week. What does it mean for the future of the NCAA, and for devy players? @DevyCramps will tell you. 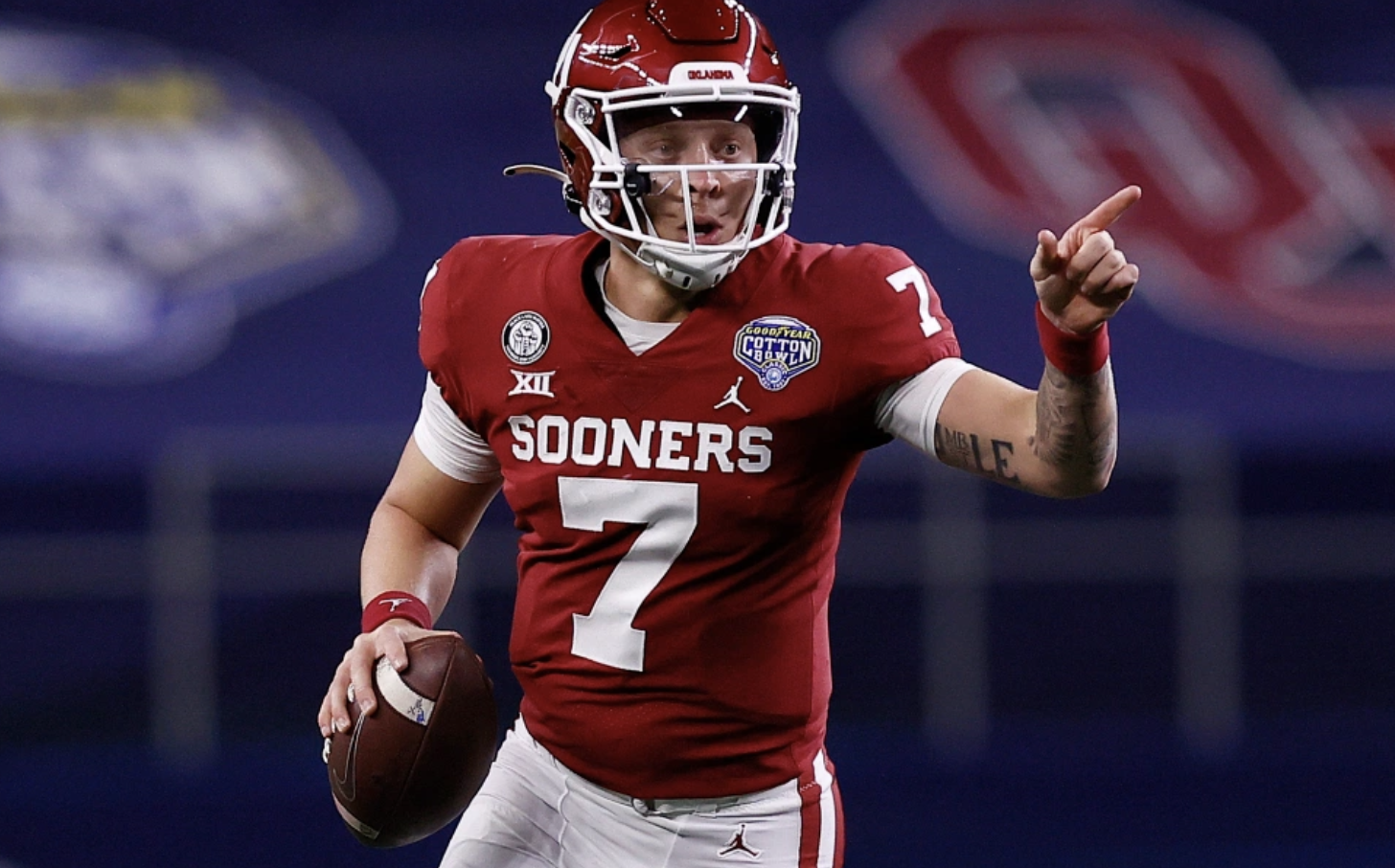 Major news shook the college football world this week. Oklahoma and Texas, the 2 biggest members of the Big 12 conference, have informed the Big 12 that they will not renew their grant-of-rights agreement when it expires in 2025. They then requested to join the SEC beginning in 2025, and the conference turned around and approved the addition of the two teams within days. Why the move? What does this mean for the future of the NCAA? How does it affect devy players? Let’s find out.

The answer is the answer to most things these days: money. The SEC makes far more money than the Big 12 (and every other conference), and if the powerhouse brands of Oklahoma and Texas were to join it, that money would only increase. ESPN recently handed the SEC a television rights deal worth $3 billion over 10 years. The Big 12, on the other hand, was turned away when they asked ESPN and FOX to begin negotiating an extension – and that was BEFORE the news broke about Oklahoma and Texas leaving the conference. The two schools clearly see an opportunity for their programs to make more money.

Some would argue that they have a better chance at the playoffs remaining in the Big 12. SEC competition is far tougher and will likely lead to them having more losses than they would in their current conference. However, with the potential expansion of the College Football Playoff to 12 teams, there will certainly be room for multiple SEC teams to make appearances. Playing against the top competition in the SEC could potentially help with recruiting as well. Prospects want to test their skills against the best of the best to increase their chances of being seen by and succeeding in the NFL.

What’s next for the Conference?

Without its two best teams and biggest brands, the future of the Big 12 looks grim. It won’t be shocking if the conference ends up dissolving within the next few years. Its remaining members could leave to join whichever of the remaining Power 5 conferences will take them. One Big 12 administrator told The Athletic, “they set the house on fire, knowing there were eight of us in it.” Evidently, the remaining schools are not happy with the decision made by Texas and Oklahoma and are worried about the future of their programs.

They could choose to stick it out, potentially recruiting replacements from the G5 such as Cincinnati and UCF. Teams outside the P5 would jump at any opportunity to join even a weakened Big 12 conference. It would lead to more revenue and a better opportunity at the College Football Playoff. One other thing that may keep the Big 12 afloat is, ironically, that Texas and Oklahoma may try to leave before their agreement expires. To do so, they would have to pay a large sum of money. This would buy the conference some time to figure out their plan. For the time being, though, the Big 12’s blue blood schools intend to honor their agreement to stay through the 2024-25 season.

Big 12 releases a statement on Oklahoma and Texas. Perhaps most notable is there’s a reference to 2025 and a reference to four years from now. That’s the Big 12 lawyers saying — “We’re holding your feet to the fire through the contract.” pic.twitter.com/fWJdiQr1N0

Whether it remains or ceases to exist, the Big 12 has lost its footing and is firmly at the bottom of the P5 conference rankings. Even if it were to recruit some top G5 schools, it wouldn’t be enough to level with the Pac-12. Some Big 12 teams may see a move to the Big 10, Pac-12, or ACC as being more beneficial than attempting to stick it out. It’s a ship that already needs bailing out – a few more holes and it’s bound to sink.

What about the NCAA?

The NCAA is changing rapidly. Not only is the new NIL rule taking place, there now appears to be major realignment coming in the next few years. Oklahoma and Texas are headed to the SEC to form a super conference. The SEC voted unanimously to add the two teams this Thursday, the 29th. This almost certainly won’t be the only change that comes. As mentioned before, the Big 12 will likely either look at add members or disband. The Big 10 may want to add a member or two in an attempt to stay level with the SEC. Truth is, it’s anyone’s guess what college football will look like in five years. All we know is it won’t look the same.

Some believe that this movement is the first step in the SEC acquiring even more teams before leaving the NCAA to form its own organization. If this were to happen, it could spell the end of the NCAA. That may not be a bad thing itself, but it’s hard to imagine the result being one that makes every college football fan happy. However, that would likely not happen for several years, if it at all.

How does this affect devy owners?

Luckily, this move won’t take place until a few years down the road. Thus, there appears to be no immediate impact on devy owners. However, in the future, things will change. For one, the recruiting landscape will be affected. Talent may become even more concentrated in the SEC than it already is. Should some of the G5 schools join the Big 12, their recruiting should improve as well. Their prospects will be put on the map in both the eyes of the public and the NFL. These prospects will increase in value. Unfortunately, it’s difficult predicting which teams, if any, end up joining the Big 12, so it’s not an actionable buy-low opportunity.

Other moves throughout the NCAA will affect recruiting, competition level, and media coverage. All of this will affect devy player values. Make sure to keep up with the college football news over the coming years, and stay tuned for our articles as we tell you what it all means for devy players!