Fantasy Football raconteur @_NickWhalen brings you three of his best guides to help you win your league. 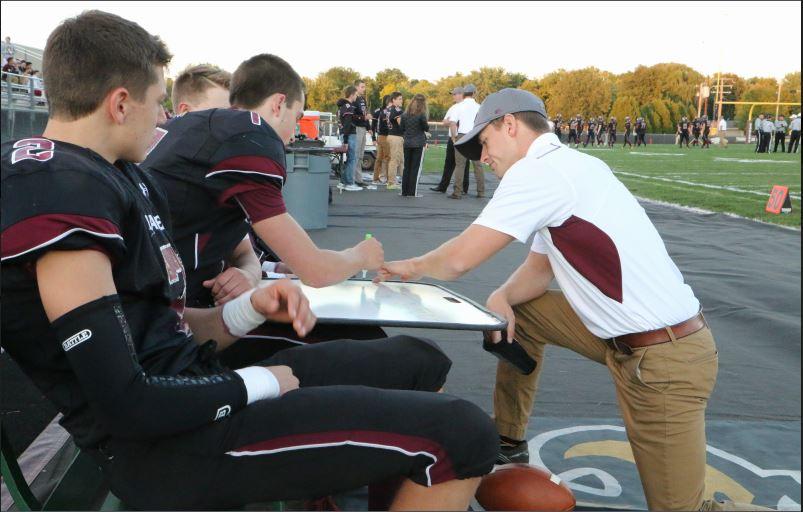 It’s hard to believe I have been creating publications for seven years in this industry. Time goes by so quickly. Also, hundreds of hours go into making these publications. This article outlines purchasing The Graduates, a sample player profile, other products I will be selling this year, the championship package, and testimonials from experts in the industry.

Sample from The Graduates

A hyped recruit out of high school as he was named the 2015 Gatorade National Player of the Year! Eason started his career with a good Freshman season at Georgia. However, he tore his ACL in the first game his sophomore season and then lost the starting job to Jake Fromm. Eason transferred to Washington, which forced him to redshirt the 2018 season.

Eason is a massive player at 6’6” 227 lbs. While he’s shown the ability to run and use power to convert first downs, he believes in his athletic ability more than he should. He ran a 4.89 40 yard dash at the NFL Combine with a 27.5” vertical jump! Eason is a stiff athlete who doesn’t navigate pressure well. His attempts to run away and avoid defenders fail more often than the average QB prospect. He struggles to deliver the football with pressure in the pocket. Eason will throw off his back foot or fade away too often, which leads to inaccurate passes. When he’s off-script, Eason doesn’t naturally find receivers and needs to be creative to make a play.

Processing information quickly isn’t a strong suit for Eason. Whether this is reading defenders or progressing to his second read or working through pressure in the pocket. He mainly reads one side of the field and throws the football on three-step passes(slant, hitch, flare, screen). Eason will lock onto his initial read, and many defenders have jumped the route. He struggles to anticipate throwing the football in zone coverage as well.

FF lens = Eason is a large QB with a very strong arm, but he’s missing many skills to be a successful NFL QB. His lack of athleticism will also diminish his FF upside. Eason isn’t likely to be a starting QB in the NFL, so his FF expectations and potential should be low.

118 pages of film based analysis of 62 prospect profiles in this 2020 NFL Draft. Rankings and tiers by position and overall. Statistics, background information, individual scouting, FF projection for the NFL level, and player comparisons. Plus 27 bonus players to monitor.

This will also include an updated version after the NFL Draft, which will include NFL teams, updated rankings and team fits.

Most years, this document covers 150 pages of the next start in your FF leagues. Freshman through Seniors that haven’t declared for the NFL Draft could be in this publication. Film-based analysis, profiles, rankings by position, rankings by class, statistics, player comparisons, and overall rankings.

The preparation, strategy, and thought processes to get you started for your Dynasty Startup draft. I will tell you all of my secrets so you can crush your league.

One low price gets you all three of these publications to help you dominate your league from start-up to rookie draft, this year and every year.

What are industry experts saying about Nick Whalen?

“I’ve worked with Nick at my site as well as joint projects as a colleague in the football industry. I have grown to admire Nick’s work ethic, inquisitive nature, and eye for detail. Nick sticks to his process and I believe you’ll find his work insightful and rewarding.”

“Nick Whalen is a veteran dynasty fantasy football player and college football junkie. I’ve known and followed Nick for years and he is still one of my go-to film analysts when I’m researching college prospects. Nick’s Devy Report is a must-read and his attention to detail has influenced my own studying habits throughout the years.”

“Nick is extremely detailed in his approach to scouting. He doesn’t just take the accepted narrative on a player, but rather creates his own, and that’s what I like most about him. I’d expect that to translate to every aspect of his life, too, as it takes a certain person to do it.”

“Have been a longtime follower, reader and supporter of Nick and his work. The amount of detail and information packed into his Devy Report manuscript highlighted the amount of dedication, diligence and intelligence he poured into the content. Always willing to be helpful to others, Nick is someone who has put his work at the forefront while putting people and relationships made along the way ahead of himself.”

“Nick is dedicated, driven and detail-oriented. His work always reflects the passion he brings to it.”

“Nick is one of the most talented evaluators and writers I’ve worked with. He’s unafraid to ask unconventional questions as he challenges preconceived notions, and that’s led to repeated success throughout his career. He’s an innovative thinker and creator, and it’s been a pleasure learning from him.”

If you have any questions, please don’t hesitate to contact me on twitter @_nickwhalen. Thanks for your time and happy drafting!