The Kareem Hunt Rule – 3 Prospects to Disregard at the Combine 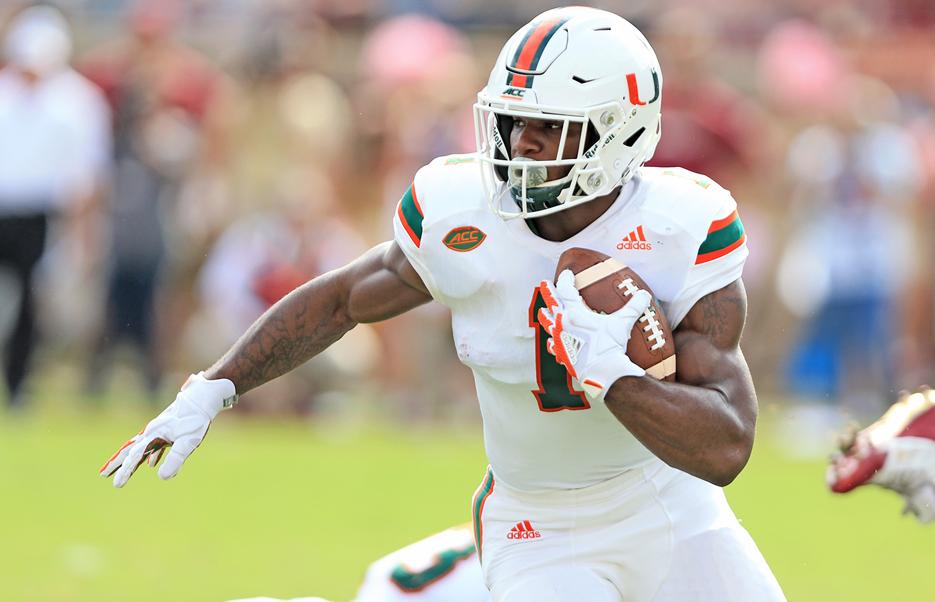 These three prospects are subject to what I’ll call, the Kareem Hunt Rule. Hunt was an early favorite of dynasty enthusiasts and YouTube scouts, only to have a poor showing at the combine. But his film showed a well-rounded game and the ability to make defenders miss in a variety of ways. We all know the rest of the story. Hunt went on to become the NFL’s rushing champion in his rookie year. The three prospects below show similar ability to break tackles and create yards, an attribute that is simply not testable. For that reason, I think these players’ games will translate well at the next level no matter their times this weekend.

Walton is no speedster, but he has excellent vision and reactive quickness. On the Draft Daily Podcast, with Eliot Crist, dynastyfootballfactory.com writer Kyle Francis compared Walton to “a tenacious Ameer Abdullah.” I like this comparison. Walton has similar size, balance, and flexibility, coupled with a gritty running style. While I am not particularly interested in his times, it is a positive that Walton weighed in above the 200-pound threshold.

Kelly’s film shows adequate burst and decent speed and lateral agility. But the attribute that separates him is his attitude, and he has that in abundance. Kelly lives to destroy defensive backs in the open field with stiff arms and a lowered shoulder. Do they have an angry stiff-arm drill at the combine? Until they do, it will be difficult to measure the attribute that separates Kelly and players like him.

If you think about it, it’s no wonder that Moore is on this list. His playing style is more similar to guys like Walton and Kelly than receivers like Calvin Ridley, Cortland Sutton, and James Washington. Moore is a YAC machine with the physical frame of a running back. It’s expected that he’ll weigh in north of 210 pounds while standing 5’11. For comparison, last year Kareem Hunt measured in at 5’11, 216 pounds.

Moore profiles as a high volume slot receiver that should catch the ball a lot at or near the line of scrimmage. Jarvis Landry has a similar style of play and has been a conundrum for analytics based analysis.

If there is any concern about Moore’s game, it is whether he will be able to separate from defenders at the next level. While I do not personally share that concern, the ability to get separation is imperative for receivers. So while I’ll admittedly be paying specific attention to Moore’s 3 cone and shuttle times to evaluate his stop/start ability, I think the other aspects of his game are too strong to penalize him in the event of a poor showing in those drills.