The Looming Running Back Apocalypse

Several top-10 RBs are closing in on an age/usage cliff over the next couple of years. This article discusses why dynasty owners should be dealing with them asap to get maximum value before said cliff 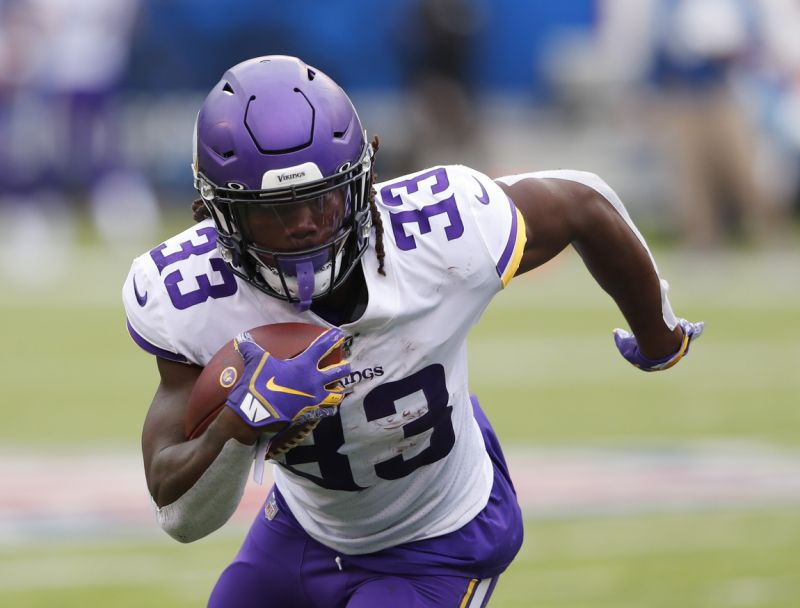 This time between the Super Bowl and the NFL draft in April is dominated by devy and prospect analysis, as it rightfully should be. However, we would be remiss if we neglected our dynasty rosters, as these can be greatly affected by NFL free-agency and the NFL draft, lest we forget retirements, trades, cuts, etc. This article will focus on veteran running backs that you should be looking to trade in the next two preseasons before you are caught holding the bag.

The fantasy football community has become enamored with the RBs, so much so that there have been two prevailing draft strategies over the past several years: zero-RB and zero-WR (yes, I know there are other draft strategies). The central tenant of these two strategies is this: RBs are more likely to get injured, so either stock up on RBs early (zero-WR) or stock-up on backups/handcuffs late (zero-RB). I personally have had great success with the zero-WR strategy over the past several seasons, while others I know have had success with zero-RB.

Both strategies work largely around the knowledge that RBs are injured more and have shorter careers. According to Statista, an RB’s average career length is 2.57 years, the lowest of the “skill positions.” While this data is a bit out of context, it will work for this analysis. Similarly, studies have shown that RBs are more likely to get injured as well, with the highest injury rate per 1,000 games/practices and among the more injury-prone positions, along with the other “mobile” positions. In other words, running backs carry the ball between gigantic lineman with a linebacker running at them downhill.

If that was not enough, we also must worry about an RB’s number of touches. NumberFire published an article speaking of the 1,800 carry cliff, in which they explain that an RB’s production begins to decline after they reach 1,800 carries.

Kevin Siefert (@SeifertESPN) found that RB production, in terms of rushing yards, starts to fall off after their age 27 seasons. Similarly, Mike Tagliere (@MikeTagliereNFL) looked into fantasy production and concluded that top-5 RB finishes start to decline at age 26, top-12, and top-24 at 28. You get the idea.

Now, we just need to apply the knowledge provided by my forebearers. Thus, the crux of the article. Now armed with the above information, there are several running backs that dynasty players should consider dealing right now to maximize value and avoid rebuilding.

The Tennessee Titans’ RB is entering his sixth season at the age of 27. Not only is Henry entering a time in his career where RBs start to decline, but he has also racked up 681 carries in the past two seasons and 896 in the past three. Overall, Henry has 1,182 carries and 76 receptions. The biggest red flag for dynasty players who roster Henry is the back-to-back 300 carry seasons. 300 carry seasons generally are not a good omen for running backs. Recent examples have shown a nearly 1.0 yard per carry drop from the 300+ carry season to the following season. Though the list of back-to-back 300 carry seasons is much smaller, with only nine RBs to do it since 2009-10. The average decrease in production for the nine RBs was 80 fewer carries, 323 fewer yards, and over 3 fewer TDs. See the table below.

Henry is currently going as the RB6, the ninth player off the board according to February DLF ADP. Additionally, he ranks as the RB6 according to Fantasy Pros dynasty rankings. This means that Henry is still extremely valuable in dynasty, as he should be. However, Henry is entering the point in his career where RBs start to fall off AND he is coming off back-to-back 300 carry seasons. The time is now to trade Henry and get near-peak value. In addition, this will allow you to keep contending without having to rebuild.

That is right, I am advising dealing the RB1 in fantasy football right now. Thus far in his career, CMC already has over 1,000 touches, most of which were accumulated in his first three seasons. That is not even the concerning part. In 2018 and 2019, CMC led the NFL in snaps among RBs, nearly eclipsing 1000 snaps in back-to-back seasons. That is, he played in 91% and 93% of the offensive snaps, respectively. 2020, however, was a disaster for CMC, missing 13 games with a myriad of injuries, including an ankle and thigh. The question is, did CMC’s refusal to come off the field end up hurting him in 2020? Or was it just a coincidence?

Regardless of your answer, CMC is close to peak value, even after his 2020 season. DLF February ADP has him as the first overall player off the board in mock drafts, despite the 2020 injuries. Like Henry, CMC has done nothing to not deserve his value. However, CMC is entering his fifth season and is unlikely to increase or maintain that value moving forward, especially if he continues to play 90%+ of the Carolina Panthers offensive snaps. With that in mind, as well as the saturation of the RB position in the NFL, now is the time to get an enormous return.

Most fantasy football players would not be surprised to hear that the Minnesota Vikings’ star RB has never played a full season. However, Dalvin Cook still managed to finish as the RB2 in PPR scoring despite only playing 14 games. Why then would you want to trade Cook despite back-to-back healthy seasons? Cook carried the ball 312 times last season. Remember this article from above? 300 carry seasons have been a curse to numerous RBs in the past. While Derrick Henry just completed back-to-back 300 carry seasons, he is a 6’3”, 250 lbs. monster of a human being who has no injury history in the NFL. Unlike Cook, who is 5’10”, 210 lbs. and has missed 21 games of a possible 64. Moreover, since college, Cook’s durability has been in question, and that does not bode well for a repeat performance of 2020.

Cook is valued as the RB2 in dynasty, according to DLF February ADP. Correspondingly, Cook is a top-six pick in dynasty startups, as well. Whether you believe Cook will give a similar performance in 2021 that he did in 2020 or not, Cook’s value alone makes him a candidate you should contemplate trading. It is also a difficult task to finish as a top-12 RB (RB1) in back-to-back seasons. On average, only 35%, or 4 in 12, finish as an RB1 in back-to-back seasons. With durability questions always looming, especially following a 300-carry season, among other signals, Cook is a prime candidate for regression and, therefore, a decrease in value over the next season.

This one hurts me the most as Alvin Kamara has been one of my guys since he entered the NFL. Despite receiving far fewer touches than most leading RBs, Kamara has been an outlier in fantasy football, with four top-10 fantasy finishes. One would think that would be an argument in his favor, and it is. Of the RBs mentioned in this article, I believe Kamara is at lower risk in terms of losing his value over the next few years. However, that does not mean I would not be shopping him around.

Besides Kamara entering his fifth season and second contract, as well as turning 26 before the season, Kamara had a major red flag come up in 2020 that needs to be considered. New Orleans Saints’ starting QB, Drew Brees, missed four full games in 2020 as well as five full games in 2019. Using DLF’s Player Splits App, we can see Kamara’s production with and without Brees over the past two seasons. From the table below, Kamara saw a decrease in targets, receptions, and receiving yards, which greatly affects a pass-catching RB’s worth. In this case, Kamara produced over five fewer PPR points per game without Brees. Similarly, looking closer at Kamara’s 2020 with the Saints’ potential new starting QB (Brees is rumored to not be returning in 2021), Taysom Hill, Kamara’s numbers were far worse, producing 15 fewer points per game in four games.

Kamara is currently the fourth player off the board in dynasty PPR startups. Again, this is a fair value currently, but dynasty players need to be thinking about the future. While Kamara’s usage has not been nearly as high as his counterparts, he is still coming to a point in his career where decline can happen at any time. In addition to the uncertainty surrounding the QB position, now is probably a good time to trade Kamara.

Fantasy football players are always trying to find the leg up on the competition. Knowing when to trade assets is a valuable skill to have. However, it is hard to let go of those players that have helped you win. The running backs analyzed all have been exceptional in their NFL careers, though a decline is inevitable. At the current stages in their careers, as well as team factors and the saturation at the top of the RB position, Derrick Henry, Christian McCaffrey, Dalvin Cook, and Alvin Kamara are potential players to trade in the next couple of seasons. In conclusion, dealing with these studs now will allow you to retool your rosters and continue to win without having to rebuild.