The Mattison Express: Meet the Conductor 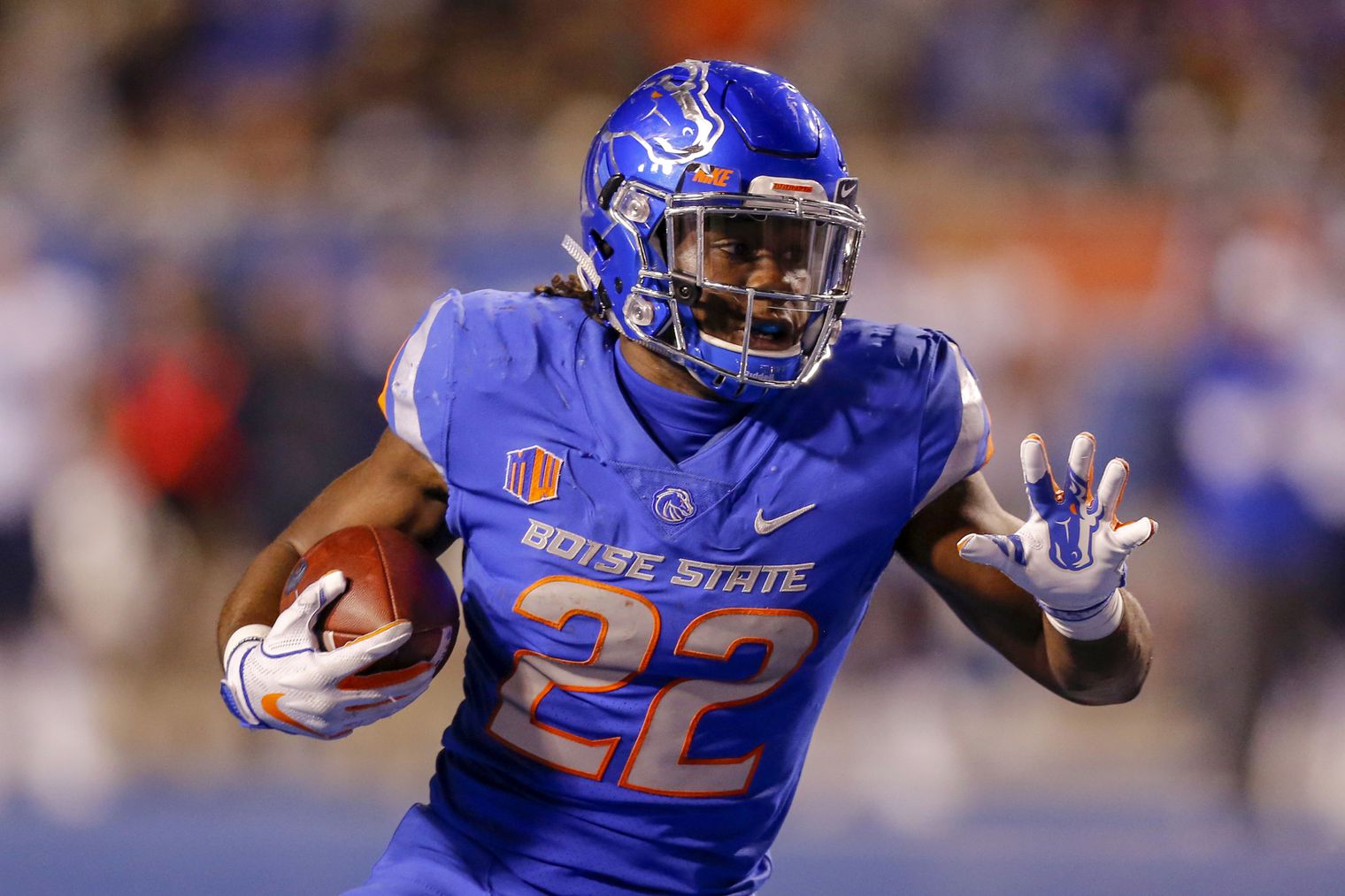 I usually refrain from too many hot takes in the offseason, but this is a hill I think I am willing to die on pre-draft. Landing spots are going to be key for this running back class because they’re too much ambiguity to distinguish between the running backs. I really think that Alexander Mattison is a top 5 running back in this class.

This isn’t so much because I feel that Mattison is an amazing running back by any means but it more to speaks to just how weak this class really is. Mattison is likely a day 3 pick, and there will certainly be 5 guys who go ahead of him. For those who don’t know who he is yet or hasn’t looked in too deep, the conductor is here. This is your one and only invite to the hype train because it’s about to leave the station.

Mattison comes from San Bernardino, CA, as a 3-star prospect (As per 247Sports) he doesn’t have the prospect pedigree of some guys in the 2016 class. Committing to Boise State, he quickly showed Bronco nation what he could do in his freshman season backing up NFL flameout Jeremy McNichols. He racked up 328 yards on the ground for 4 touchdowns averaging 4.9 yards a carry. He earned the starting role in his sophomore season and hit the ground running having over 200 carries and catching 28 passes on route to 1370 scrimmage yards and 13 touchdowns. Followed up that year with 302 carries, 1415 yards and 17 touchdowns on the ground with 27 rec and 173 yards, to close out a very successful career with two years in the feature role at Boise State.

Mattison came into the combine at 5’10, 221 lbs with 9 1/8th hands, 31” arms and a 76¼”. He pushed out 22 on the bench press (69th percentile). He showed great explosion in his jumps with a 35” vertical leap (55%) and 127” broad jump (93%). He didn’t have the most impressive 40 time with a 4.67 time. This was drastically improved at his pro day with a 4.52s time. I typically don’t take pro day times as is and tack on a couple of milliseconds, since they are unofficial. Even if graded at only a 4.55, this would give him a speed score of 103.13(64.1%). For those unfamiliar, Speed Score is a metric that’s purpose is to factor in a player’s weight when analyzing 40 times, rather than a 1:1 comparison when some players run at 180 and some run at 240. Mattison ran a 20-yard shuttle of 4.29s (41.5%) which isn’t great and the hope is it would be a little quicker if that 4.52 was legit, because he matched the same time at his pro day. He also ran an underwhelming 7.13s(36.7s), 3-cone drill. We usually like to see under 7 seconds as a benchmark for success that translates to quickness in the hole. Overall, a very good performance for Mattison considering there was a lot of disappointments (and DNPs) amongst the “top” running backs in the class.

While everyone is looking for the best, most athletic running backs coming into the draft this year, sometimes chasing a ceiling can cause some to overlook someone who can play a role well. Every time I watch Mattison I become more impressed with his game, and I want him to be a running back on my team. He has great contact balance, is difficult to bring down in the hole and has the power to finish off smaller guys and fight for extra yardage. The explosion he exemplified in his jumps at the combine is very much on display. His lower body strength and explosion is on full display when you try and grab a hold of him in the hole, making it very difficult to bring him down. He’s not a guy who’s going to blow you away with his speed but because of his downhill running style, he’s going to wear the defense down and will really get stronger throughout the game. Mattison has got pretty good vision works to his strengths and I never see him do too much. He was the focus of the offense and still managed to average nearly 5 yards a carry for the run first Broncos offense. To top it off he is a serviceable pass blocker and should be ahead of the curve in that respect at the NFL level. The last component that we always look for in starting running backs in the NFL is the ability to catch the ball, which he can do. When I look at Mattison I see a guy who has a legitimate chance in all facets to be a three-down back in the NFL. There just isn’t a whole lot of guys we can say that about. He’s a great runner who can stand up to contact, wear down a defense and can still catch the ball with success enough to be a threat at the next level.

For Mattison one of the biggest things he has to overcome like many lesser known guys who didn’t set the world on fire is competition level. He didn’t play in a power 5 conference and it can be a difficult transition to the NFL. On those runs (the very few) that he broke free from a defense, in the SEC he’s getting caught from behind by a DB who probably runs a 4.3. There is also the concern over his lateral agility. I mentioned that I like his jump cut ability to bounce outside and evade guys in space but his feet in the hole both on tape and in testing left something to be desired. This is going to be a big point of emphasis for him is to improve his footwork and being able to show some wiggle in the hole. Choosing to take the path of least resistance rather than trying to hurdle a guy, or running someone over. I always prefer to see guys who avoid contact rather than embrace it, even if Mattison does so with a level of success. Like a lot of these prospects, there are places you can poke holes in their game but I think if you choose to accept who Mattison is, he could be an asset at the next level, and not one who is going to cost you a lot.

Alexander Mattison is my number 5 running back heading into the 2019 NFL draft and that will likely change once I factor in draft capital, but what shouldn’t be looked over is that while everyone wants a bell-cow running back there can only be so many. If Mattison were to end up on a team as the lead of a committee, he could really thrive because he can do it all, without withstanding the workload. On games where required, he has the ability to wear down the defense. A coach would find value in that even if it may be a little frustrating for fantasy owners his versatility should help him see the field. Opportunity is always key, and my hope is he can sneak into day 2 consideration, or early day 3 to show a team has some faith in him either as the guy or a lead in a committee.

Many just need to understand that being top 5 in this class, is not saying much. There is likely a lot of guys who will flame out of simply just be committee backs. With many losing their place following a star-studded class next season. There are no guarantees of course just temper your expectations as many along with me have said.

I hope you all enjoyed my piece on Alexander Mattison, I just see a lot I like from a guy who isn’t talked about enough, and so I hope you all spread the good word. Feel free to hop aboard the hype train while there are still some spots left.